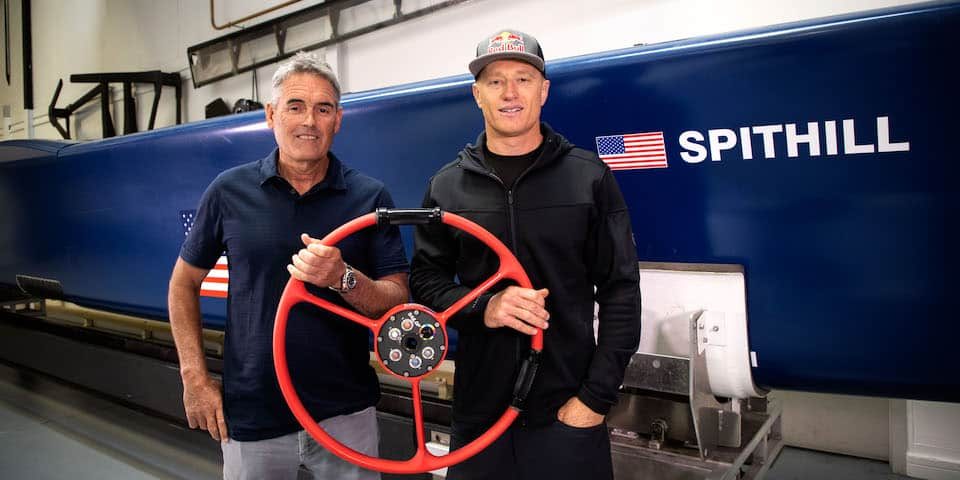 On the Market: James Spithill at the helm of the US SailGP Team

JAMES SPITHILL has been appointed CEO and skipper of the American SailGP team for the 2021 season. Rome Kirby, who steered the F50 US will take over flight control.

BEYOU RACING is looking for an engineer or naval architect to strengthen the design office for the Charal project, as well as a technician responsible for electricity / electronics / IT / satellite communication, 5 years minimum experience for both positions; fixed-term contract which may lead to a permanent contract, based in Lorient, to be filled in early 2021.

FABRICE AMEDEO is looking for a boat captain, the position to be filled in early March 2021, based in La Trinité-sur-Mer.

INCIDENCE SAILS MEDITERRANEAN is looking for a person to repair big boat sails, fixed-term contract to be filled immediately at Farlède / Toulon (83).

JULES AUGUIN a graduate from a MEng ship science / yacht and small craft from the University of Southampton is looking for a CDD / CDI as as an architect / naval engineer in  the field of sailing. Mobile and available from January 2021.

BÉRENGÈRE PÉPION, sponsorship manager of the Macif group, is looking for a new position in the world of sponsorship / communication / events, available from January 2021.

THE IOC validated the Olympic programme for the 2024 Paris Games as proposed by World Sailing, but not definitively the offshore mixed doubles, “Its introduction to the programme is subject to studies of additional costs, safety and security of athletes, whose conclusions will be communicated on May 31, “said the International Olympic Committee.

ACTUAL LEADER has officially concluded the purchase of the trimaran Macif Ultim aboard which François Gabart notably broke the solo round the world record.

THE SAEM VENDÉE presented the first numbers of the Vendée Globe, reflecting strong growth compared to the previous edition, with in particular, media coverage for the start estimated at 13.9 million euros.

THE GC32 RACING TOUR, which could not be held in 2020 because of the Covid-19, will return in 2021 with five events, including a new one, the GC32 Occitanie Cup in Port Camargue, which will start the season from 21 to 25 April.

STARS AND STRIPES, the American challenge that planned to compete in the 36th America’s Cup, officially signaled their withdrawal to organization.

THE MARTINIQUE CATA RAID, initially scheduled from January 24 to 31, will will finally take place from March 14 to 20, 2021.

REGISTRATION FOR THE 2021 MINI-TRANSAT opened Tuesday.

THE YOUTH FOILING WORLD CUP, the competition run in Persico 69Fs has found a title partner, the Liberty Bitcoin Fund, and announced new dates, with three events: two in Italy (from February 19 to March 12 and July / August) and one in Hong Kong in January 2022.

MAGIC MARINE, manufacturer of nautical clothing and accessories, was sold by North Actionsports Group to the Dutch group Kogros Sport.

LAMOTTE and MODULE CRÉATION have announced that they are continuing their partnership with Luke Berry, in Class40, for the 2021 season.

THE GLOBE 40, a round-the-world race with stops the first edition of which was due to start next summer, was postponed for a year, due to the health situation. The start will be given on June 26, 2022 from Tangier. However, the virtual race will take place in 2021 (start on June 27).

DOYLE SAILS has committed for three years as an official supplier sails of the SailGP circuit; the New Zealand sailmaker will also be partners of the Kiwi team.
THE TRANSAT JACQUES VABRE NORMANDIE LE HAVRE will open its doors earlier than usual in 2021 as the village will be inaugurated on October 14, ten days before the start. The Ultims will be back even if the final destination will not be announced until January.

THE MINI GASCOGNA, organized by Versace Sailing Management, makes its entry for 2021 (departure July 28) and 2023 on the Mini class calendar. This new solo or double event will be played in two stages, with a round trip between Le Verdon-sur-Mer and Getxo (Spain).

UNCL has just launched its 2021 preview, produced by Patrice Carpentier, which looks back at the news of the 2020 UNCL championships and previews 2021.

THE FASTNET CHERBOURG ARRIVAL ASSOCIATION has just been launched to organize the arrival of the Rolex Fastnet Race in Cherbourg-en-Cotentin during the 2021 and 2023 editions.