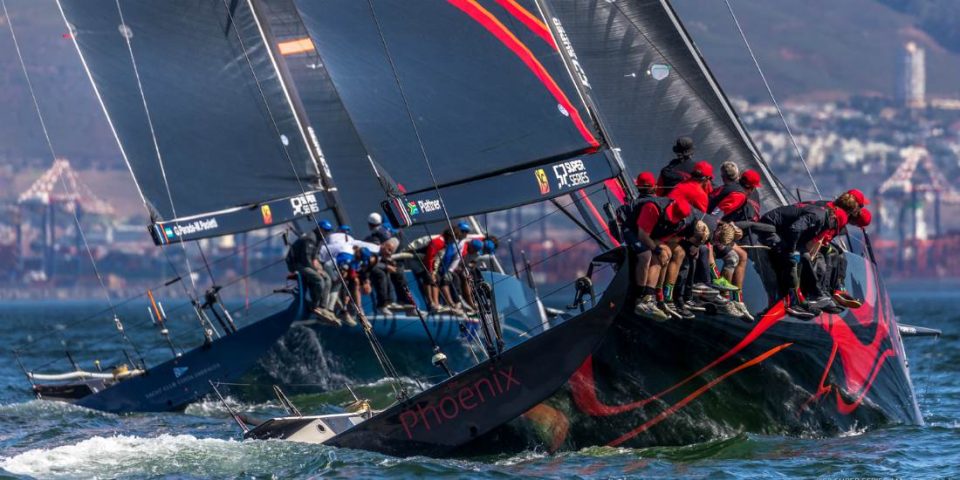 On The Market: The 52 Super series calendar changed

ALEXIS RAISON has been appointed responsible for the editorial coordination of the Transat Jacques Vabre.

HÉLÈNE NOESMOEN has been selected to join France SailGP Team during the first stage of the Sail GP season late April in Bermuda.

OC SPORT PEN DUICK is recruiting a CSR project manager; permanent positions to be filled in April, based in Lorient.

CAPONNETTO-HUEBER are looking for a naval architect specialized in fluid dynamics and conceptual design to become our project and design coordinator and to assist our technical director Mario Caponnetto ; and a computational fluid dynamics expert and specialist of Star-CCM+ with a solid experience in nautical and maritime applications; full time jobs in Valencia (Spain), from March/April.

THE MAGENTA PROJECT is looking for its next chair (volunteer), applications should be sent before March 26.

BEFOIL is recruiting a production manager; permanent position based in Lorient, to be filled immediately.

GRAND LARGE YACHTING is looking for a Mechanical Engineer for its design office for its  development and quality monitoring activities in the production of the Outremer, Gunboat and Ocean Voyager ranges.

AVEL ROBOTICS is recruiting a composite robot operator/technician to control a draping machine for  additive manufacturing (machine AFP). Composite technician experience is required, training  on draping by robot ensured; position based in Lorient.

HARKEN NEW ZEALAND is looking for a Managing Director with 10 years of experience of a similar position required to be based in Auckland.

YACHTING WORLD is recruiting a versatile journalist (print / digital) to integrate into its writing staff.

FRÉDÉRIC HURLIN, former member of the French Laser squad out of Marseille is a physical trainer working and qualified in different sports (skiing, cycling, triathlon …), offers his services in the field of competitive sailing and is mobile throughout France.

GUILLAUME YVON, currently completing a Masters 2 in International Business Development at Eklya Business School is looking for a first job from July 2021 in the field of competitive sailing in commercial / marketing development and project management. Mobile around France and abroad.

THE FRENCH OLYMPIC WEEK TOULON PROVENCE MÉDITERRANÉE will not take place this year, the FFVoile being forced to cancel it because of the health situation. An E regatta will be organized on Virtual Regatta, the 2022 edition will take place from April 23 to 30.

THE RACE AROUND, four stages round the world race in Class40 (2023-2024), will be in solo and double, with a start in France, stages in Cape Town, Auckland, Brasil before arrival in UK.

CLÉMENT GIRAUD and ERIK NIGON, owner of the boat with which Giraud raced on the Vendée Globe, will compete in the Transat Jacques Vabre next November.

SAILGP INSPIRE, a program aimed at young people to promote diversity and inclusion in sailing, will be relaunched during the first stage of the 2021 season at the end of April in Bermuda, in partnership with Endeavour, a local charity.

KITO DE PAVANT will defend this season, aboard his Class40 Made in Midi the colors of Reforest’Action, an organisation whose mission is to preserve and restore forests around the world.

THE SOLITAIRE DU FIGARO 2021 ROUTE will be unveiled on Thursday March 11 during a press conference in Saint-Nazaire.

LORIENT will host the start of the first edition of The Ocean Race Europe, the first stage of which will start on May 30 heading for CASCAIS.

THE 52 SUPER SERIES CALENDAR had to be revised due to the health situation, leading to the postponement of the regattas planned in Saint-Tropez, Baiona and Cascais. Four events now scheduled in Mallorca, Valencia and Menorca in the second half of 2021.

THE RORC announced the cancellation of the Easter Challenge, Cervantes Trophy and the North Sea Race (replaced May 14-15 by the NSR C-19 Windmill Race, near the Dutch coast). A RORC Spring Series will be organized in April / May and probably a double-handed race.

CAPE2RIO, which will celebrate its 50th anniversary in the next edition (starting on 2 January 2023), will be open to the IRC rule too.

GRAHAM DALTON, brother of Grant (boss of Team New Zealand), has announced his participation in the second edition of the Golden Globe Race (2022) aboard the Rustler 26 of Jean-Luc Van den  Heede, winner of the first edition.

THE ORC WORLD CHAMPIONSHIP, scheduled for August 6-14 in Tallinn (Estonia) has modified its notice of race to welcome more entries due to high demand. They already have 120 entries to date.

KOOI, a Dutch company specializing in surveillance by camera of construction sites and wind farms (among others) have committed to be an official supplier of the Solitaire du Figaro.

20 BOATS are registered on March 1st for the second edition of the double handed  Sardinha Cup (Figaro Beneteau class) which will take place from April 3 to 17 without an official village as Covid-19 requires.

THE 2021 EDITION OF NASTRO ROSA, the Sailing Tour of Italy will take place in two stages, on the Tyrrhenian then Adriatic coast. It was announced on Thursday in Milan. This event, open in particular to Diam 24s and L30s, will also host the double mixed offshore European and World Championships.

OCEANO VOX has just launched Ocean Connect, a collaborative platform allowing researchers and shipowners to collaborate on a global scale to improve ocean research at a lower cost.

CHRISTIAN QUONIAM launched an appeal to save the schooner Magie Noire, the 70-foot transoceanic boat (a Yves-Marie Tanton design) launched in 1986, abandoned since its repatriation from the West Indies in 2002. The cost of the planned renovation (sails included) is estimated at 250 000 euros.