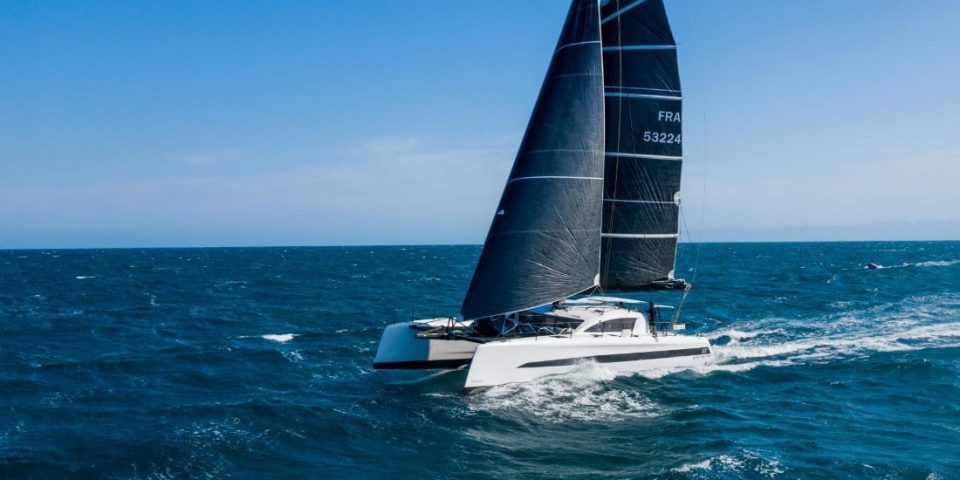 On The Market: Roland Jourdain launches a flax fibre catamaran

TANGUY LE TURQUAIS will be Luke Berry’s co-skipper on his Class40 Lamotte-Creation Module during the next Transat Jacques Vabre, PIERRE QUIROGA will race with Emmanuel Le Roch on the new Edenred (Mach 40.4 launched last week).

ÉRIC PÉRON is looking for one or two versatile preparateurs for his Figaro Beneteau 3 and his Ocean Fifty contracts until the end of September with the possibility of renewal for 2022 on the Ocean Fifty project.

VIRTUAL REGATTA is recruiting a graphic designer, a production manager; a junior and senior unity 3D developer, a back-end developer and a games manager for the inshore games; permanent positions, based in Boulogne-Billancourt.

DAVID RAISON Naval Engineering is looking for a trainee engineer / naval architect for multidisciplinary missions: mechanics, structure, technological and regulations observance a 4 to 6 month internship, based in the Lorient region, to be filled in July.

SEA EVENTS is looking for a cameraman-editor intern for a period of three months (September to November 2021) for the Mini Transat. Travel expected (Les Sables d’Olonne, Canaries and Guadeloupe).

THE IOC has, as was expected, ruled out the mixed doubles offshore racing event even though it was validated by World Sailing, in view of the Paris 2024 Olympic Games. Instead, the body chose the duplication of the kiteboard event: there will therefore be no mixed relay, but a male and female competition.

THE TRANSQUADRA 2021 will host 84 boats, 61 double-handed, 23 single-handed. The start of the first stage to Madeira will be on August 13 and 18 from Marseille and Lorient. The second will start in February 2022 heading to Martinique.

KINGSPAN, the Irish based company specializing in building insulation has joined forces with Irishman Tom Dolan on the Figaro Beneteau 3 circuit.

TEAMWORK, already a partner of Nils Palmieri in Figaro, also becomes a main partner of mini racdr Pierre Le Roy, who takes the start of the Mini Fastnet on Sunday.

SAILGP has been awarded three gold medals within the framework of the United Nations Climate Neutral Now program. For its part, the English team of SailGP launched with its partner STEM an educational program intended to make young people aware of the consequences of climate change.

THE MALIZIA MANGROVE PROJECT, launched by Boris Herrmann in parallel with his offshore racing project, has so far enabled the planting of 350,000 mangroves (out of a target of one million) in the Philippine park of Mindanao.

EMIRATES TEAM NEW ZEALAND has announced that it is working on a prototype hydrogen-powered foiling catamaran, which could serve as a chase boat for the teams competing in the 37th America’s Cup.

MILLS DESIGN presented this week the design of the future 60-foot Nikka foiler, directly inspired by the AC75s, designed to participate in coastal races and which will carry the Cetilar colours.

THE IBIZA JOY SAIL REGATTA, a new regatta scheduled to take place from June 17 to 20, has been postponed to October, its organizer announced.

THE SKIPPER MACIF 2022 SELECTION has just been launched, candidates have until September 30 to send their application. Same deadline for the Bretagne CMB Océane selection open to young women.

ROLAND JOURDAIN and his society KAÏROS have announced the building of a 60 feet flax fibre composite catamaran, in partnership with Outremer boatyard.