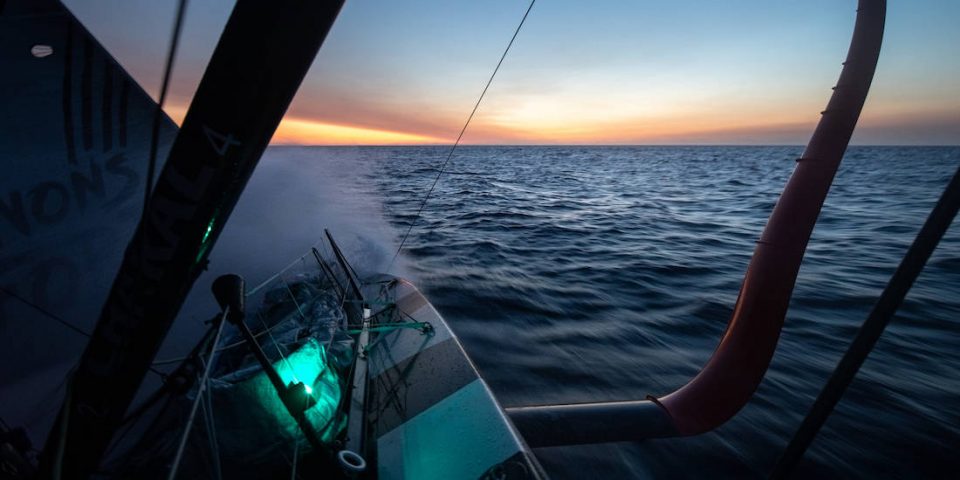 On The Market: New boats in IMOCA class

JEAN-LUC NÉLIAS is the new team manager of Charlie Dalin’s Imoca Apivia project, so he is leaving Team Sodebo, which he has worked for several years.

YANN ÉLIÈS will be Sébastien Simon‘s co-skipper aboard the Imoca Arkéa Paprec during the next Transat Jacques Vabre. As in 2019, CHRISTOPHER PRATT will accompany Jérémie Beyou on Charal.

LOU NEWLANDS (ex Volvo Ocan Race) and KATY LINK have joined the Mallory Group; the first is associate director and will take charge of Musto while the second is the new press relations manager of the 11th Hour Racing Team.

LALOU ROUCAYROL, RAPHAËL LUTARD, KÉNI PIPEROL and CÉSAR DOHY will accompany QUENTIN VLAMYNCK aboard the Ocean Fifty Arkema 4 on the
Brest Grand Prix, first round of the Pro Sailing Tour.

11TH HOUR RACING is recruiting a junior video editor; CDD position from May to December, applications should be sent before May 10.

THE OCEAN RACE are recruiting a public affairs coordinator and a social media and digital content manager, positions based in Alicante to be able to start immediately, until October 2023 for the first post and June 2023 for the second.

THE OCEAN RACE are looking for one or two students for internships in video production and editing based in Alicante until July 2, 2023.

BEYOND THE SEA, Yves Parlier’s company which develops and markets kites for pleasure boats, is looking for two alternating interns in communication and sales; 5 to 6 month internships, based in La Teste-de-Buch.

MAEL MOINIER, as part of a BTS in design / shipbuilding work-study program, is looking for a company that combines a design office and boat building from September 2021

CHRISTOPHE LHUISSIER, student in architecture and naval engineering at Ensa Nantes, graduated from Icam Nantes (general engineer training) and having worked 8 years as project manager in the construction industry, is looking for an end-of-studies internship ( 5 months between July 2021 and July 2022) in the middle of ocean racing.

JÉRÉMIE BEYOU and his partner CHARAL announced the renewal for four years of their partnership, on Tuesday. It now runs until 2026. The skipper will have a new boat, designed by Sam Manuard, the construction of which has just started at CDK Technologies in Lorient, and which will be launched in June 2022.

ARKÉA and PAPREC have announced that they are starting a campaign for the Vendée Globe 2024, with the launch, at the beginning of 2022, of a “common offshore racing structure”, the management of which will be entrusted to Romain Ménard (who has long been worked with Jean-Pierre Dick). Studies on the feasibility of a new boat will also be launched, Sébastien Simon will no longer be the skipper after the end of the current season.

CORENTIN DOUGUET has announced the launch of the construction of a Class40 for the Route du Rhum 2022, at V1D2 in Caen. It will be a Lombard design that will be launched in November 2021.

ERIC PÉRON has announced the acquisition of the former Ocean Fifty of Gilles Lamiré (which is the ex Prince de Bretagne, launched in 2009) with a view to his participation in 2022 in the Pro Sailing Tour and the Route du Rhum for which he is looking for a title partner.

WORLD SAILING’S BOARD has preselected three alternative events to the mixed doubles offshore racing for the Paris 2024 Olympic Games: a split between men and women kiting and the mixed 470 and a mixed team racing in ILCA 6. The final vote on the two events which, as well as the mixed offshore option will be offered to the IOC, will take place at the World Sailing Council on May 14.

PORQUEROLLE’S RACE 2021, which was scheduled to take place May 12-16, has been canceled.

SVB MARINE is committed as Hugo Picard‘s title partner this season on the 6.50 circuit, which includes the Mini Transat.

SIM, a network of employment agencies, will be the title partner of Cédric Chateau and Jérémie Mion on the next two editions of the Transat Jacques Vabre.

UPSWING PROD, organizer of the Pro Sailing Tour, announced on Wednesday that it had reached an agreement with Canal + which will broadcast at the end of 2021 the series devoted to the Ocean Fifty circuit as well as a dedicated magazine programme from May to August.

THE STAR WORLD CHAMPIONSHIP will be contested this year as part of Kiel Week, from September 4 to 11.

THE 2021 BOL D’OR MIRABAUD will take place on June 12 and 13, the Société nautique de Genève announced on Wednesday, with however an exclusion zone set for French part of Lake Geneva.

Registrations for the SPI OUEST-FRANCE, which has been postponed to October (7-13), are open again.

OC SPORT has announced the launch of its sustainable development strategy called Rethinking Sport with the “main objective of achieving carbon neutrality at the company level by 2028”, which includes the sailing events organized by them.

SAILGP has launched the ticketing for the British Grand Prix which will take place July 17-18 in Plymouth.

THE CHALLENGE OCÉANE 2022 has just been launched with a call for applications for young sailors who would like to succeed Elodie Bonafous at the helm of Figaro Beneteau 3 Bretagne CMB Océane. Application files must be sent before September 30th.

KEVIN ESCOFFIER is looking for workshop and storage containers for his Vendée Globe 2024 project.