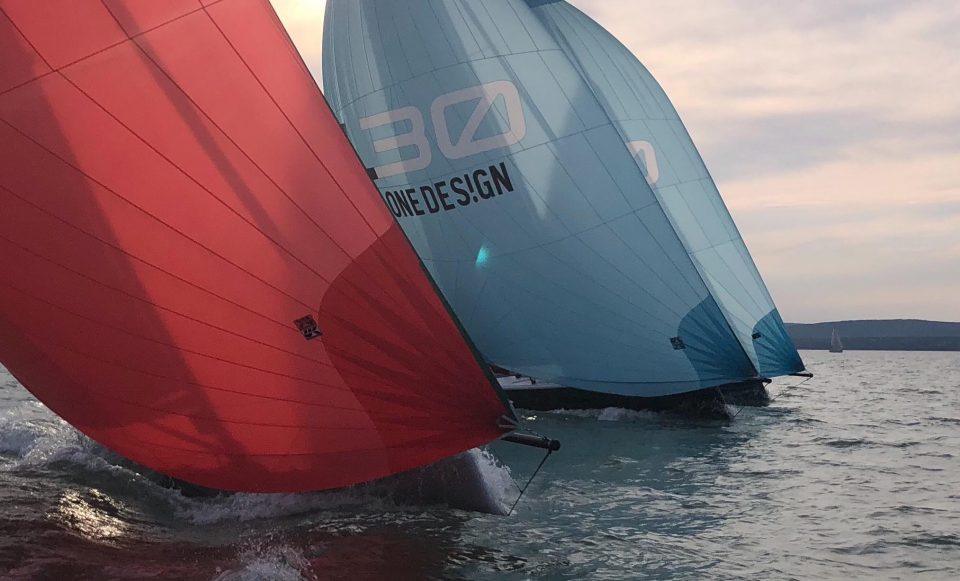 On The Market: The IOC requests alternatives to the Offshore Mixed Doubles event

BOUWE BEKKING has become the new skipper of the VO65 Sailing Poland which will participate in The Ocean Race Europe from the end of May.

BAPTISTE HULIN won the Espoir 2021 selection organized by BE Racing, this year he will run the Transat Jacques Vabre in Class40.

PIXEL SUR MER is recruiting a marketing and communication development manager on a 6-month fixed-term contract, based in Lorient, to be filled immediately with the possibility of extension on permanent contract.

HARKEN is recruiting a marketing manager, stationed in Pewaukee, Wisconsin.

MERCONCEPT is looking for the next team manager for the Imoca Apivia team a permanent position based in Concarneau.

MONATOUTENERGIE.FR has signed up as Arthur Hubert’s main partner this season on the Figaro Beneteau circuit and he will be the 18th entry in the Double Concarneau-Saint-Barthélémy Transat before racing the Solitaire du Figaro.

THE GC32 RACING TOUR presented its updated 2021 calendar, with the cancellation of the stages of Riva del Garda and Port Camargue (rescheduled for 2022). Lagos will host the first two events at the end of June and the end of July, before two more in Villasimius (Italy) in September and San Pedro del Pinatar (Spain) in November.

CHARLINE PICON has applied to be the flag bearer of the French Olympic team during the Tokyo Olympics which, for the first time, will be carried by two athletes, a man and a woman.

THE CORSICA MED, open to Mini 6.50, Class 40, IRC and Osiris and initially scheduled for early May, will finally start on June 28, instead of the Duo Max which will not take place this year.

ANTIGUA SAILING WEEK, once again cancelled this year, instead offers a virtual event on Sunday April 25.

ALICANTE will be the penultimate stop in The Ocean Race Europe, before the final leg to Genova.

THE 2021 GIRAGLIA will take place but in a format adapted to health restrictions, with a single race (start on June 16) between Sanremo and Genoa via Cannes, for a total of 243 miles.

VIVA MEXICO, the Mexican team led by skipper Erik Brockmann who plans to compete in the next edition of The Ocean Race, has confirmed its participation in The Ocean Race Europe in VO65. OFFSHORE TEAM GERMANY will also take part to the race in IMOCA class.

ENERGY OBSERVER FOUNDATION will be the Race for the Future partner of the French SailGP team as part of the SailGP sustainability program.

ORACLE CLOUD INFRASTRUCTURE has been chosen by SailGP to provide real-time data to the eight crews registered on the circuit this season as well as to regatta broadcasters.

THE NORMANDY CHANNEL RACE is strengthening its media follow-up on the 2021 edition, with, for the first time, a follower boat, which will carry a production team and photographer Jean-Marie Liot. The departure will be commented live on social networks with Damien Seguin as consultant.

WORLD SAILING gave a media briefing Friday with CEO David Graham and Thomas Chamara (POL), a Vice-President to explain the IOC’s letter requesting alternatives to the Offshore Mixed Doubles event originally slated for Paris 2024. World Sailing have been given a hard deadline of May 26th for their submission of an alternative event in order that it meets the deadline for the IOCs Executive Board Meeting on June 8th.
“The IOC have been extremely prescriptive in what they will approve, they have given us a framework some of which is firm and fixed, some of it is subjective, aligned to the Olympic Agenda 2020+5 focusing on gender equality and universality.” Explained David Graham. World Sailing’s board met last Tuesday and agreed to open up to submissions and the process put in place where the submissions will be scrutinised by the relevant committees and commissions and will test against the IOC prescriptions. This process ends at the mid-year meetings 10-14th May and on the 14th May the Council will vote. In particular Graham made it clear that World Sailing has already responded to the IOC on all the issues that were raised about Mixed Offshore.
“The issue is still pending and Offshore has not been refused by the International Olympic Committee although it is quite clear it is challenging to go ahead.” Said Chamara

THE MULTIHULL TROPHIES FESTIVAL, the first of this name, a new regatta intended for cruising and racing-cruising multihulls (under in the Multi 2000 rule) will take place from September 17 to 19 in Port-Leucate.

RORC has just launched the Rorc Crew Match, a new portal allowing to search / propose embarkations or boats to rent for races.