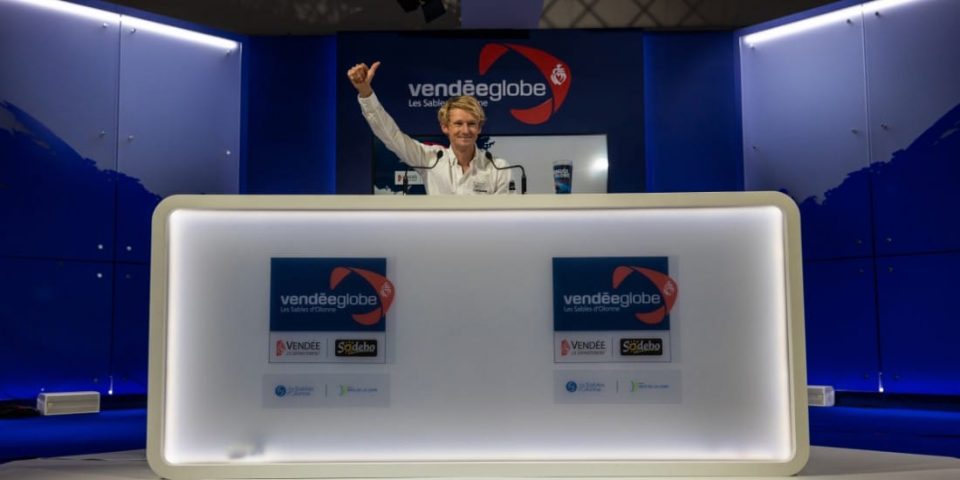 On The Market: A new IMOCA for Maxime Sorel and Kevin Escoffier

GWEN GBICK will be Kito de Pavant’s co-skipper aboard his Class40 HBF-Reforest’Action in the upcoming Transat Jacques Vabre.

MANU COUSIN and ALEXIA BARRIER will team up on this same Transat Jacques Vabre aboard the Imoca Groupe Setin 4myplanet, with which the former took 23rd place in the Vendée Globe.

DAVID SINEAU, team manager of Initiatives Coeur, joins Aurélien Ducroz as co-skipper for the entire season (including the Transat Jacques Vabre) on board the new Class40 Crosscall, launched in early June.

TIP & SHAFT is recruiting a content and digital marketing project manager to support it in its next developments; position based in Lorient-La Base, to be filled immediately.

PIP HARE RACING OCEAN are looking for a preparateur experienced in onboard systems to join our small Poole based team.

MERCONCEPT is looking for a technical manager – engineer / senior technician training – for its offshore racing projects, as well as a technical project manager for its diversified projects (maritime transport, one off … ); positions to be filled immediately, based in Concarneau.

GRAND LARGE YACHTING MÉDITERRANÉE is looking for a mechanical engineer within its design office; a permanent position to be filled immediately, based in La Grande Motte.

AVEL ROBOTICS is recruiting a technician in composites, manual manufacturing and by A.F.P machine, and a design engineer, putting into production of composite materials; permanent positions to be filled immediately, based in Lorient.

OCEAN DATA SYSTEM is looking for an engineer / developer in embedded systems; a permanent position to be filled immediately, based in Lorient.

PIERRE-ÉDOUARD REGAUD offers for enthusiasts or as a communication tool the MIMOCA 120, a scale model of an Imoca with customizable foils, designed for sailing at sea, entirely hand-built in carbon fiber.

MAXIME SOREL unveiled last Monday a new Vendée Globe campaign with V and B, the Mayenne departemen, and a new partner, Monbana, the skipper and his team launch a new IMOCA, a sistership of Apivia, whose building has just started in Multiplast yard. Last Sunday, KEVIN ESCOFFIER announced the restart of the building of an other Verdier IMOCA, which was stopped in Carrington Boats for Switchback project, his partner PRB hopes to find a co-partner in the coming weeks.

LA BOULANGÈRE BIO has signed up as title partner for Amélie Grassi in Class40, which will have a new David Raison plan built at JPS this summer, with which she will compete in the Transat Jacques Vabre in November.

GRAND PAVOIS ORGANIZATION has announced that the second edition of the Défi Atlantique, the return race of the Route du Rhum in Class40, will start on April 1, 2023 from Guadeloupe to La Rochelle, via a stopover in Horta (Azores).

THE GC32 RACING TOUR unveiled the teams that will participate in the 2021 season which begins at the end of June in Lagos (Portugal): Zoulou, Alinghi, Red Bull Racing Team, Black Star Sailing Team, Team Rockwool Racing and Swiss Foiling Academy. Others could join the circuit during the season.

THE TOUR VOILE 2021 will finally have one stop less, that of La Baule having been cancelled the organizers announced on Friday.

EARTHSENSE has signed a partnership with The Mirpuri Foundation Racing Team whose VO65 led by Yoann Richomme will be equipped during The Ocean Race Europe with sensors intended to measure pollution levels on land and at sea.

THE ÉOLANE GROUP is for four years the new scientific partner and sponsor of the oceanographic project of Fabrice Amedeo.

B&G has joined the 11th Hour Racing Team as the official electronics supplier, while flashlight and lighting brand EXPOSURE OLAS will also equip the US team.

PETERS & MAY has recommitted itself as a partner of the 52 Super Series, but also of the ARC Rally, the Cape2Rio 2023 and the Beneteau Cup.

THE 52 SUPER SERIES 2021 will not start in July, the Royal Cup of Valencia scheduled for July 13 to 17, having been canceled.

THE IRC EUROPEAN CHAMPIONSHIP, which was to take place in Hyères from June 22 to 27, has been postponed to next autumn, the dates will be communicated later.

BARTON MARINE has just launched a new version in white of its range of Quick Cleat blockers.

WORLD SAILING has launched a call for applications for those who wish to stand for election to the Athletes’ Commission, of which 5 members will be renewed. Applications should be sent before June 20.