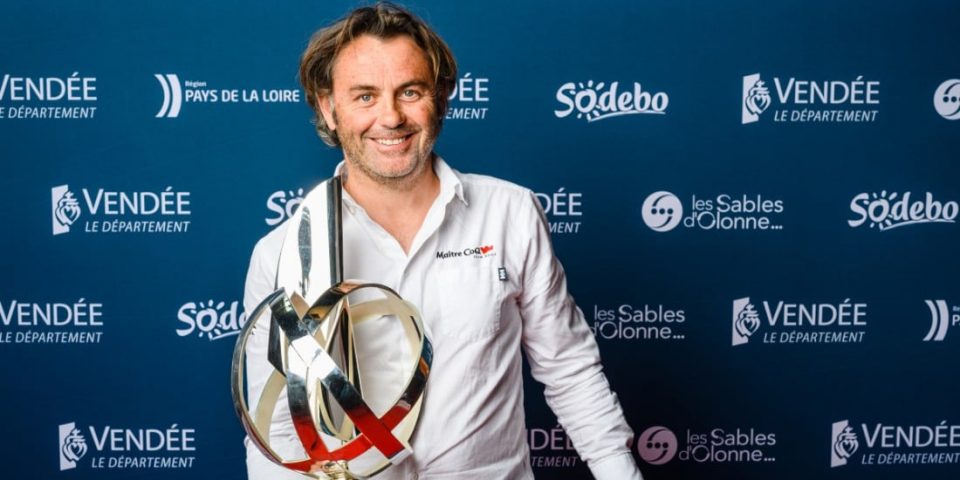 On The Market: a new boat for Yannick Bestaven

SÉBASTIEN MARSSET will be the co-skipper of Romain Attanasio aboard the Imoca Fortinet-Best Western during the Transat Jacques Vabre 2021, PIERRE QUIROGA will be co-skipper to Emmanuel Le Roch on his new Class40 Edenred. AYMERIC CHAPPELLIER will assist Sam Goodchild aboard the Ocean Fifty Leyton, of which Chappelier is team manager.

DOYLE SAILS is looking for apprentice sailmakers; permanent vacancies to be filled immediately, based in Auckland.

ANTOINE ICHÉ, currently preparateur for Yvan Bourgnon, is looking for a work-study position in a design office in a shipyard or an offshore racing team for the start of the September academic year in order to complete his training at ICAM in Vannes. Preferably in Brittany but mobile.

YANNICK BESTAVEN AND MAÎTRE COQ  announced a new partnership until June 2une 2025, including the launch of a new boat, a Verdier plan in the moulds of the next 11th Hour Racing Team (to be launched in July), the new Maitre CoQ will be built in CDK Technologies yard in Port-la-Forêt.

DAMIEN SEGUIN and his partner GROUPE APICIL announced in the same time that they have bought for 2022 Maître CoQ IV, the actual boat of Yannick Bestaven.

EMIRATES TEAM NEW ZEALAND on Wednesday announced the end of an exclusive three-month period of discussion with the New Zealand government and Auckland City Council on the hosting of the next America’s Cup. This means that the defender, while not closing the door for an edition in Auckland, will now explore other avenues abroad. According to The Irish Examiner, the Irish city of Cork is among the candidates to host the Cup and according to Ed Gorman in The Times representatives are investigating seven potential venues including Dubai, Jeddah, Singapore and Valencia as well as a combination of Southampton and Portsmouth.

SYDNEY-HOBART: registrations for the 2021 edition, which starts like every year on December 26, have been open since Tuesday.

SAILGP announced Thursday the addition of an event to Season 2, the Sydney Grand Prix, which will take place on December 17-18. The circuit organizer also presented on Thursday the results of the Race for the Future program during the Italian stage of Taranto.

ULYSSE NARDIN has made a commitment to The Ocean Race as a partner to promote a ten-year plan for sustainable development and protection of the oceans.

DOYLE SAILS is committed as a partner of Live Ocean, a foundation for the protection of the oceans launched by the New Zealand duo Peter Burling / Blair Tuke.

SWIFT FIBER is organizing on July 12 and 13 in Lorient a collection of old PBO cables and Kevlar or Dyneema waste, which the Belgian company recycles into heat-resistant products, these can also be deposited before at a GiveBox.

SUZUKI and MARSHALL are continuing their partnership with Voiles de Saint-Tropez, with the supply to organizers of 12 motorized semi-rigids.

THE GLOBE40, which should have started this year but was finally postponed by one year, will still take place virtually via Virtual Regatta, with a start on June 26; the winner will win a trip for two to Polynesia.

11TH HOUR RACING TEAM presented its sustainability tool box, a guide for companies and organizations intended to help them set up a sustainable development at the Ocean Summit in Genoa which was organized alongside The Ocean Race Europe.

ROLAND JOURDAIN has announced the launch of the construction of a 60-foot flax fiber racing-cruising catamaran called We Explore, with the collaboration of the Outremer shipyard, whose design will be identical to that of the Outremer 5X, designed by the VPLP cabinet.

THE ROYAL NEW ZEALAND YACHT SQUADRON announced the launch on November 18 of the Three Kings Offshore Race (500 mile loop around Auckland), in which half of the 40 registered will compete as doubles.

THE TURKISH SAILING FEDERATION has launched an offshore racing section, the responsibility of which has been entrusted to the former figarist Tolga Palmir. To formalize this creation, she set up a record for the Tour of Turkey (1,500 miles), open to solo and doubles, on which the latter was the first to set off on Thursday aboard a Sun Fast 3300.