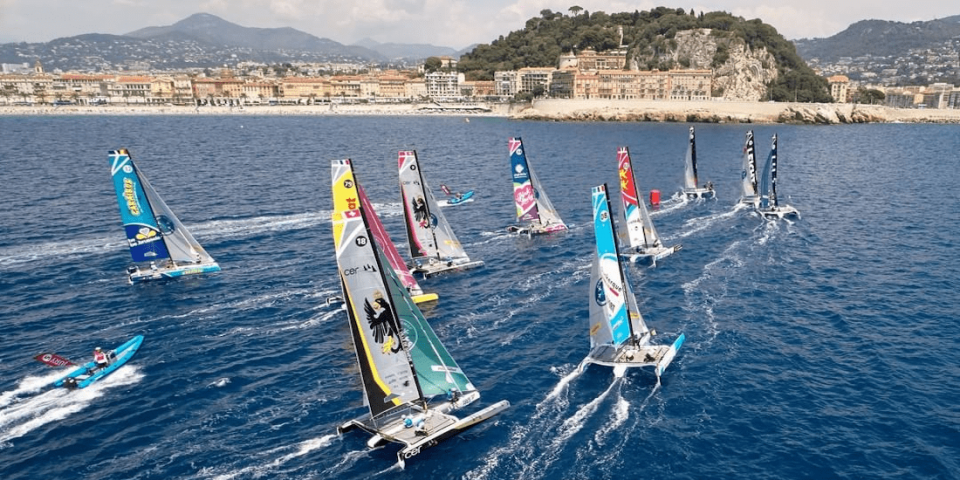 On The Market: The course of the 2021 Tour Voile unveiled

HALVARD MABIRE has been re-elected as President of the Class40, while KITO DE PAVANT is joining the board of directors for the first time.

FRANCESCO BRUNI, one of Luna Rossa’s two helms during the last America’s Cup, and the Briton CHRIS DRAPER are joining the Japanese SailGP team this season, as are two Japanese sailors, WAKAKO KAJIMOTO and SENA TAKANO. On the British side, the team welcomes HANNAH MILLS, Rio Olympic champion in the 470, while five other women (Anna Burnett, Hannah Diamond, Elie Aldridge, Nikki Boniface and Emily Nagel) will compete in the Taranto and Plymouth Grands Prix, one of them will be retained for the end of the season.

BENJAMIN DUTREUX will be the navigator aboard the Imoca Offshore Team Germany during The Ocean Race Europe, the crew will also include Robert Stanjek, Annie Lush and Phillip Kasüske.

GEORACING are looking for one-off missions for 3D operators for their live broadcasts on television of 3D virtual viewiers and data from its GPS tracking solutions.

PIXEL SUR MER are recruiting a marketing and communication development manager on a 6-month fixed-term contract with objective of extension on a permanent contract, based in Lorient, to be filled immediately.

LALOU MULTI is looking for a laminator; fixed-term contract from April to September, based in Verdon sur Mer.

THE OCEAN RACE EUROPE have announced the participation of seven crews in the VO65, including that of Team Childhood 1 led by Dutchman Simeon Tienpont, and “at least five candidates” in Imoca, namely LinkedOut, 11th Hour Racing, Bureau Vallée, Corum L’Epargne and Offshore Team Germany. Several teams will also embark scientific equipment to take measurements on microplastics, as well as data on the impact of climate change on the seas.

THE COURSE OF THE 2021 TOUR VOILE has been unveiled: it will start from Dunkirk on July 2 to finish three weeks later in Serre-Ponçon (French Alps).

SAILGP has announced that Season 2 will have TV coverage in 175 territories around the world, with broadcast agreements with channels such as Sky Sports for Great Britain, Canal + Sport in France or CBS and CBS Sports. in the USA. The circuit also welcomes a new official supplier ACCUWEATHER.

MUSTO are committed as a technical partner of the French SailGP team for two seasons.

MARTIN LE PAPE has chosen the K Unique and Play to B agencies to help him find a title partner with a view to participating in the next Vendée Globe.

ROMAIN PILLIARD announced Thursday his intention to embark at the end of the year on an attempt to set a record around the world ‘the wrong way’ double-handed, aboard his trimaran Use it Again !, the former Castorama of Ellen MacArthur.

THE IOC has announced that it is partnering with five sports federations and video game publishers, including World Sailing with Virtual Regatta, to launch the Olympic Virtual Series which will take place from May 23 to June 13, 2021.

NEXANS, a company specializing in the manufacture and installation of cable systems, is committed as a partner of Fabrice Amedeo until and including the next Vendée Globe

THE OCEAN RACE has unveiled its program of actions for the 2022-2023 edition aimed at helping to reduce greenhouse gas emissions.

THE M32 CLASS has unveiled its European calendar for the 2021 season, with a kick-off from May 7 to 9 in Sanremo.

GEORACING has been entrusted with the GPS tracking and the production of virtual tracks of all the races of the new Pro Sailing Tour (Ocean Fifty) for three years.

RICHARD MILLE is committed as a partner of the SP-80 project which aims to beat the absolute speed record by a sailing machine.

THE 2021 ARMEN RACE USHIP has been canceled, its organizer, SNT, announced. So was the TELEGRAMME TRESCO TROPHY.

THE FRENCH OLYMPIC WEEK of Hyères which had to be canceled for the second consecutive year, will once again take place virtually on the Virtual Regatta inshore game, from April 26 to May 2.

THE OFFICIAL BOOK OF VENDÉE GLOBE, written by Antoine Grenapin, will be released on May 6 (Hugo Image editions).

GUYOT ENVIRONNEMENT, partner of Pierre Leboucher, joined forces with Le Ruban Rose to launch Défi #PourElles, a crowfunding operation from May 9 to 30 intended to help medical research against breast cancer.

UNCL and the RORC have just launched a competition with a call for projects which they hope will lead to an internatioanal offshore racing school sailboat called Class 30 One Design to be available in three versions.