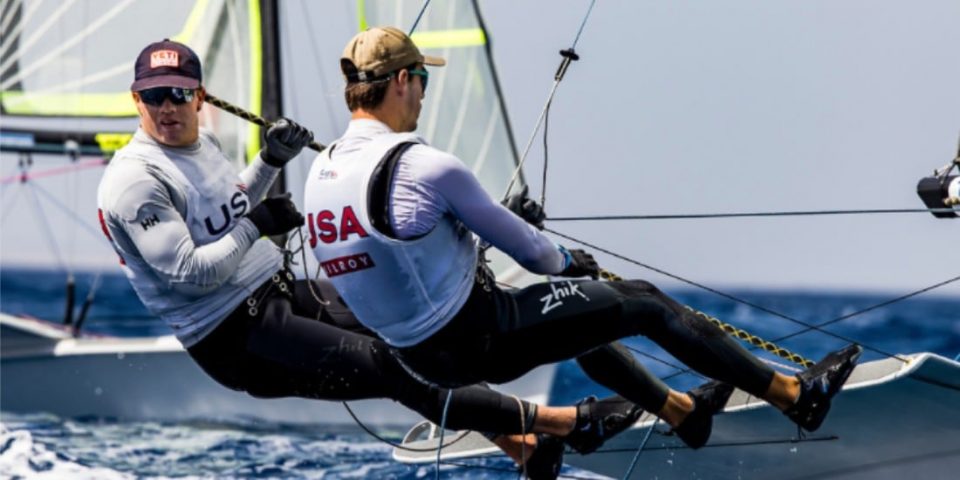 On The Market: Paul Cayard executive director of US Olympic Sailing

PAUL CAYARD has been appointed by US Sailing as executive director of US Olympic Sailing.

NICOLAI SEHESTED this week unveiled the Danish crew of SailGP who will race on the circuit this year. The team will be made up of Rasmus Kostner, Martin Kirketerp, brothers Hans-Christian and Lars-Peter Rosendahl and Australian Tom Johnson, the team’s only foreigner, and two women Anne-Marie Rindom and Katja Salskov-Iversen.

CLASS40 is recruiting from the beginning of May an administration secretary, a part-time permanent position, based in Les Sables d’Olonne. A good command of English is desired.

OC SPORT PEN DUICK is looking for a partnership manager, a permanent position based in Lorient.

WORLD SAILING is looking for independent and voluntary members for its judicial board (until 2025). The international federation is also recruiting a finance assistant.

HYÈRES will host the IRC European Championship from June 22 to 27.

THE TOUR DE BELLE-ILE 2021, which was to take place on May 8, has been postponed until a later date the organisers announced on Thursday.

THE 2021 GRAND PRIX GUYADER, which was to start on May 7, has been cancelled.

J/24 WORLDS which were to have been held from September 24 to 2 October in Poole (Great Britain), have been cancelled.

THE J/70 EUROPEAN CHAMPIONSHIPS, initially scheduled for June in Copenhagen, have been postponed to be run at the same location from August 27 to September 4.

RS SAILING have committed as a partner of the World Match Racing Tour: the brand will provide a fleet of RS21s for training and competitions.

EDENRED has confirmed the construction of a Class40 at JPS for Emmanuel Le Roch; the new Mach 40.4 designed by Sam Manuard will be launched at the end of April.

KUEHNE+NAGEL have committed as a logistics partner to the SailGP Circuit for the next three seasons.

MEDAVIZ who already supported the event in 2020 are committed as a health partner to the Solitaire du Figaro.

THE NASTRO ROSA TOUR is organizing a test-event in Gargnano from April 23 to 25 (Lake Garda) in order to learn about the Diam 24 od.

11TH HOUR RACING announced that it has partnered with Water Footprint Implementation to better measure and control their consumption of water until the end of The Ocean Race 2022-2023.

TRANSLATED, a company specializing in translation have announced their participation as title  sponsors of a crew on The Ocean Globe Race 2023 in the Flyer Class.

THE FFVOILE has launched a petition for the freedom to sail with two people and with a crew. At the same time, the FFV have sent clubs a series of recommendations to frame the safe participation in these areas.

EDITION: Stories of boatbuilders, a photographic book by Yves Ryncki supplemented by texts by Vincent Gillioz is due to come out and can be ordered online.