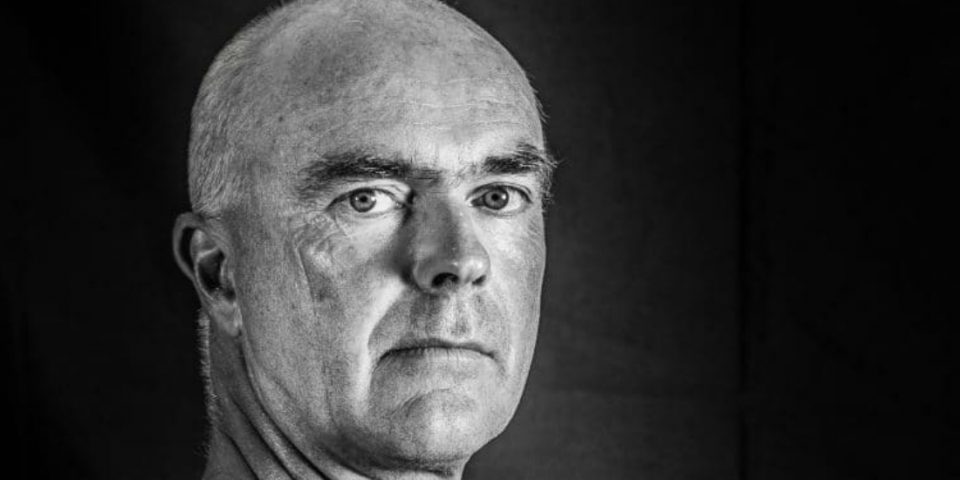 Bouwe Bekking: “The Ocean Race, there are two choices, the Imoca is tough to sell”

Dutch skipper Bouwe Bekking, now 55 years old, is a round the world racing legend. The 2017-18 Volvo Ocean Race on which he finished third, skippering Brunel, was Bekking’s eighth Volvo or Whitbread Race. Brunel was a late project, one week before the start the full squad had not yet sailed together. But they became the most consistent team over the second half of the race, sailing 1,2,1,1 over legs seven to ten which gave them a shot of winning overall. The passion is undimmed Bekking is ready for more. He tells Tip & Shaft ‘In my head I would go again tomorrow’ but it sounds like his pragmatic preference would be to go with a youth team on the 65 rather than an IMOCA.

Look back at your Volvo Ocean Race, does the result still irk you?
The end result that we had is very soured. But the reality is we were just not good enough at the beginning. We are realistic in that we started very late and that cost us dearly at the end. But that is looking back now, afterwards. All in all I was proud of how we made progress. And in the end I think we were probably one of the fastest boats out there. It helps if you start out sailing fast because it then looks like your tactics are getting better, you make less mistakes and when you do you can more or less cover it up with boatspeed. But I am a very black and white guy, though, and when you are so close to winning it and then lose out it hurts. But, you know the last leg we were quite a bit behind and we got back again, but in the end you have to push it away and go off to the next regatta.

So you would like to go again and do The Ocean Race?
I am always keen. Nothing changes with me. I love to be on the ocean and racing with a team. It is a fantastic race. Not many people have had it like me. I just love to be out there. Even if I am sailing a little local event I like to be out early, to spend time on the water. In that sense I would love to do another race. Physically I am still strong enough, but it is bloody hard to get the funding. In my head I could start tomorrow. The funding is the hard part.  If we don’t really know what the boat is like and what the route really is. And so it is very hard to go to sponsors and put things in concrete. But right now a company will be saying ‘we want to go here, we want to go here.’ They want certainty. The hardest part is seeing the company and then hoping that they are very flexible. We know roughly what the route will be like, but it is easier to go to a company and be sure.

You have done two back to back Volvo Races with Brunel, could you see yourselves teaming up for a third round the world campaign?
I think Brunel were very happy and they are keen again. But they have to know how it all looks. When you have a company listed on the stock market you have to be really sure. And last time they decided they wanted to do and we were late.

So there is no reason you would not team up with them again?
Not at all. I was really happy with them and there is a lot of personal contact there over the year. In both campaigns we did a fantastic job for them internally with all the employees, but we have to all see how it stacks up. The big question is whether you would go on the IMOCA or the VO65. It is a lot more money for an IMOCA. The boats are expensive in themselves and then you can build three sets of foils, two extra ones and so that is a lot of extra money. I think you are looking at a budget of €24-25m and that is a lot of money.

Searching for money just now, are you looking outside of your native Holland?
We have always looked overseas. Right now of course there is another fish in the pond looking, the Dutch America’s Cup challenge which is a complete different thing. I would not sponsor them if I was a company. It is only a very tiny programme and for two terms. Long term it would be good but it is very far from home and the racing period is short. It is a lot of money for a short exposure and the question also comes if you are knocked out in the first round. Was that a good investment or not? If people are going to sponsor the America’s Cup then they need to be in for two events. You are better spending money on the round the world race than the America’s Cup.

What do you think of the Dutch AC programme?
I think they are very late. It is a great initiative but it is late. Time is against them. And if the protocol is followed then they might be disqualified in October when the boats have to sail for the first time, so it is a great initiative but is it realistic? I just hope they don’t get their fingers burned and don’t burn the money of sponsors. Like I say it is always harder if you are late. Even if we have a lot of good technology and skills in the Netherlands you still have to put the team together and make it work. It is very noble but they are way too late.

You must be proud of the role you have played in putting Dutch sailing on the global map?
I think Dutch sailing is doing fantastically. There is really good communication with the Olympic sailors and they are the future, especially on a thing like the America’s Cup you need to have the technology and the experience behind you and in this case it needs to be a two term programme. You need to get the right people integrated into the team and to make it work.

So what is your dream project on the Ocean Race, how would you like to do it?
That is the big question. The rules are tough. On the IMOCA you are five people, one female. On the 65 you are ten people, seven have to be under 30 and I think a couple under 26. It is a completely different game. On the IMOCA you go with people who have done the race before, have the experience but on the 65 you are looking at young blood. Even with Brunel we had six new young guys under 30. The advantage of the 65 is if you can have the time you can make the whole team better quicker.

Bouwe it sounds like the he IMOCA does not appeal so much then?
It appeals, yes it does. But going to a sponsor, and they are not dumb, the first thing they say is ‘why would we pay double or more to go around on an IMOCA. That is the first question. And then the next big question is ‘how big a chance do we have of winning?’ On the 65 we can be honest and say ‘we have a very good chance of winning because we all have the same boat.’ The other thing with the IMOCA is you have to be realistic about the chances of breakages. And of course there is the risk you might have a slow design. It is fine if you have a fast boat but it is a bloody long way on a design which may not be as good. If you are very honest with the company with two choices the IMOCA is a tough one to sell.  The 65 is just very nice. It is down to the crew. And if you get beaten it is down to you. The IMOCA is a fantastic boat and it will be fun, it is flying after all, but if you have a slow design you might be crying all the way around the world, or if you have a very fast boat you are smiling.

You have done eight races, what did you learn from the last race which you take forwards?
I learned from the guys who did the America’s Cup is all the way on detail, they were so on it. That is where you make big jumps with the one design. Young guys from a different era have a different view and you just think ‘shit they have some good ideas on the table’ you need to take it on and you go faster. I think the whole culture worked so well. You have to have everybody’s thoughts on the table from Day 1. That takes time, younger guys sit back a bit. But you have to get their input and learn from it. That took us some time.

And this year looks to be as busy as ever. You only took a little time off after the race and were back out there again. What drives you to keep doing so much?
I love everything. I am sailing everything this year again from 30 feet to 120 feet and I love it all. I love the Swan 50 sailing in one design, I have an 85 footer and a couple of big boats. Sailing a lot of different boats is nice. When I am doing something I do it always putting in 100 per cent effort in, mainly for the owners who invest a lot of money, and I must do it quite well because I seem to get invited back!  But I love the lifestyle, I love working with people and teams and getting them better, to get things in place so they work better.

What is the essence of looking after an owner well?
He or she has fun and they can see what is making a difference. The teamwork on their boat, they can see how it works. And very often they can take that to their own company. Often I get that feedback from owners saying ‘if I could get this culture into my company then we would be even better’ and I get a lot of pleasure from that.

You have been pivotal to the success of the J Class Lionheart programme. It seems like the impetus has been lost from the class?
It is one of these things. There is a new Class Secretary in place who is a really good guy, the official announcement has not been made, that was part of the problem last year, and where the issues were coming before with the rating formula, even if the racing for very close. The essential problem is the rule was not adapted to what some boats were sailing with. But I think we now have found a really good technical person to run that side and if that gets sorted we can get it back down to just sailing and all the owners can have fun. I think there are enough owners but they want to sail where the racing is fair and well organised. It will be clear and open and the fun will come back.