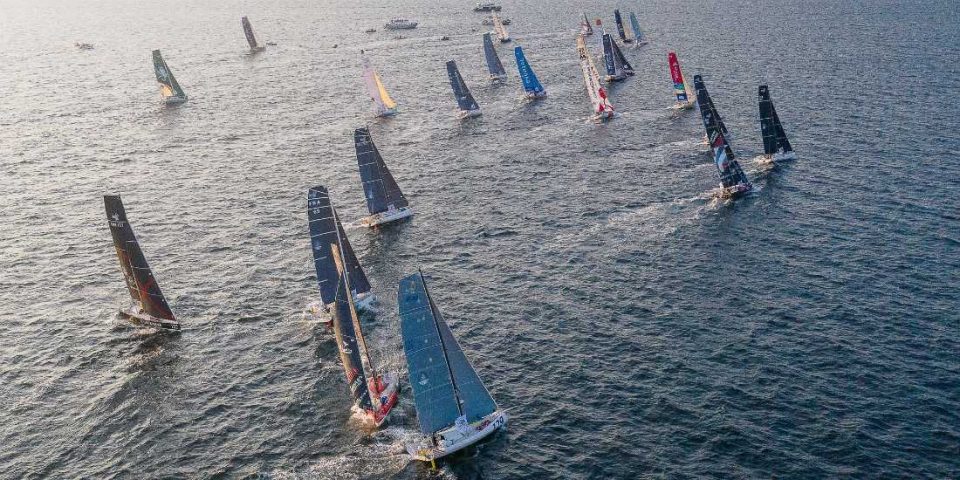 It is a topic that continues to have increased importance within the sailboat racing world: sustainable development. Under pressure from the public, some sponsors and its own constituent sailors – like the sailors who have formed The Wave – competitive sailing continues to focus on sustainability as a fundamental topic.

Sam Holliday is the organizer of The Race Around, the double-handed Class40, round-the-world race, which will have a maximum of five stages and will start in three years time from a French port. He is introducing a very simple way to ensure maximum attention is paid to this issue by the competing duos: “We will offer a reduction in registration fees [a total fee of € 15,000 excluding tax, Editor’s note] to competitors who seek to reduce the carbon impact of the construction of their boat or for modifications made to an existing boat.”

The precise parameters have yet to be fully refined, but, in practice, the rebate will be offered to sailors who use recyclable fibers and/or resins for the build or refit of their Class40. It will be also offered to those who share their data for a Life Cycle Assessment (LCA), being undertaken by the organization, in collaboration with academics and key industry players. “This information will help us determine the baseline data for a future carbon budget that we want to implement for the second edition”, confirms Sam Holliday.

A carbon budget? “The idea is to introduce, on the basis of the data collected from the LCAs of the boats taking part in the first edition, a maximum amount of carbon emissions permitted during the build and refit process to be respected by the boats that will start in 2027.” According to the organizer Holliday, “The goal is to allow competitors to understand the process, to see new technologies being proven and to put that knowledge to good use in their next project.” With the idea that the movement will extend beyond the Class40 to other classes, the wider world of sailing and other relevant industries. “All of the data we collect during this process will be open source, which is very important to us”, says Sam Holliday.

Alongside these steps, The Race Around will build a demo boat, a fully recyclable Class40, the helm of which will be entrusted to a mixed crew who will embark on the round-the-world race in 2023. “We are aiming for a zero landfill situation”, announces Enrico Benco, co-founder of GS4C, an Italian SME specializing in sustainable solutions for the composites industry who are a partner of The Race Around. “And not just the hull, because it’s the process of building the whole boat that we want to decarbonize.”

The idea is to make this project a concrete example of the circular economy in action: “We will be able to reuse the raw materials recovered from the hardened composite to produce new long fibers, without compromising mechanical performance”, continues this former cup veteran, who launched the Loop 650, a Mini 6.50 made from recyclable aerospace grade mineral fibers and bio-epoxy resin.

And the goal is clear: to sail clean, but fast. “We cannot come up with a sustainable boat which is not a fast, competitive boat”, explains Sam Holliday. To prove the concept we will have to at least match the performance levels of other Class40 boats.” Verdict in 2023!