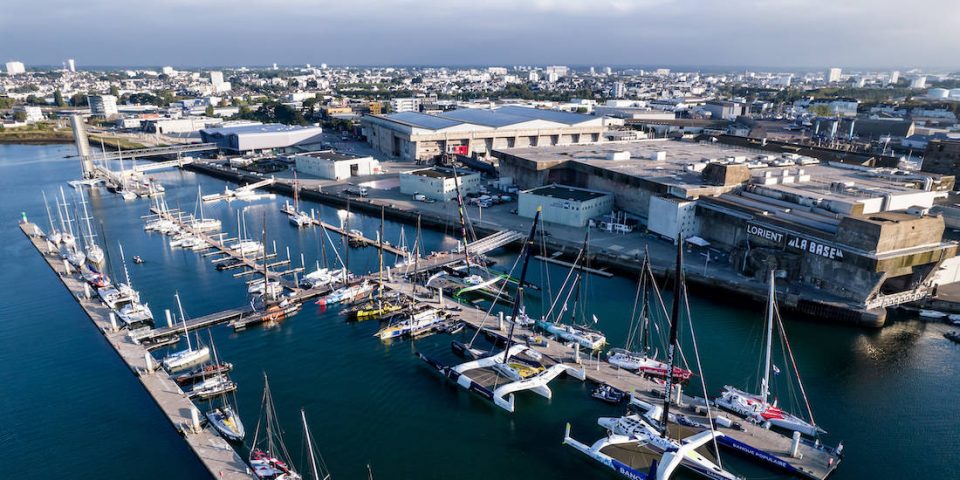 Ultimes, Imoca, Class40, Minis, the projects are multiplying, calendars are expanding. And so it seems that more and skippers and boats want to find a place on the different starting lines. The very specialist offshore racing recruitment market is under severe strain. Teams, yards, suppliers, all are looking for solutions. Here is an overview.

Actually the numbers are pretty crazy, regardless of the class. This year, two new Ultims were launched (Banque Populaire XI and SVR Lazartigue). In the Imoca class already eleven new post Vendée Globe 2020 boats have already been announced – for Charlie Enright (just launched), Jérémie Beyou, Kevin Escoffier, Yannick Bestaven, Armel Tripon, Boris Herrmann, Maxime Sorel, Jörg Riechers, Thomas Ruyant, a sistership of the former L’Occitane and a new Arkéa-Paprec … and it is almost certainly not over.

As for Class40s, 12 new boats will have been launched this year, around another ten should follow in 2022, while there will be 46 boats at the start of the Transat Jacques Vabre, 55 (according to the notice of race) next year on the Route du Rhum. As for the Mini-Transat, 137 applied and 90 (a new record, they should in principle have been 84) will start on September 26, the new boats, mainly series build have been leaving the yards at an intensive pace – 27 in 2020!

“We really have this feeling that we are living in quite exceptional times,” says Yann Dollo, deputy general manager of CDK Technologies, which is currently building Charal 2, Maître CoQ V and soon the new boat for Thomas Ruyant. “Generally, there is always a period of uncertainty after the Vendée Globe, but it has never been like this“, continues Yann Penfornis, the general manager of Multiplast, who are working on three Imocas – for Boris Herrmann, Maxime Sorel and a skipper not yet announced – and bear in mind the the Vannes yard still has to deliver three Class40s by next spring (the first Clak40, for Andrea Fornaro, has just been launched).

The reasons of this success ? Everyone we spoke to talked of the “Vendée Globe effect” with its audience success and positive spinoffs for all the sponsors involved. “This clearly brings a huge appeal especially as we have a virtuous ecosystem, with a good, related calendar of races, all classes combined, and teams and companies that are therefore developing”, explains Carole Bourlon, head of the competition and composites sailing sectors within Bretagne Développement Innovation. And she underlines the fundamentals, the turnover of the sector in Brittany – 210 companies with a total of more than 1,000 jobs – had already increased by 16% between 2018 and 2019.

“We are coming out of three very busy years with the Ultims and we continue with the Imocas,” said Simon Watin, president of VPLP Design, who recruited five staff last year to cope with an increase in activity. “It’s great to see such growth and to see that everyone is hiring.” says Antoine Mermod, president of the Imoca class. “ The best indicator of course is the classifieds in Tip & Shaft: there are lots and more and more good, responsible positions, which not the same three or four years ago”.

The sector is therefore in full growth mode… to the point of now encountering real difficulties in recruitment. This is the case with boat yards. CDK Technologies has grown from 40 to nearly 90 employees in eight years. At Multiplast, there are more than 100 employees and “we are still looking for operators, for technicians, composite managers”, explains Yann Penfornis. “Many are industrial craftsmen but it is really a question of performance, the approach to work is different, they must be passionate about understanding the culture of precision and performance in this sector, “continues Yann Dollo at CDK.

A real lack
of specialized engineers

Both make the same observation: the difficulty of recruiting is also linked to a mobility problem. “With confinement and home teleworking, the price of real estate is increasing and this can be a barrier for young people who wish to settle near our units”, analyzes Yann Penfornis. At Multiplast, the average work-home trip is 18 km. “Because of real estate pressure it is becoming almost impossible to find accommodation on the coastal strip around Lorient and that is a problem in terms of making our jobs really appealing,” continues Yann Dollo.

For Ronan Lucas, director of Team Banque Populaire, the difficulties in hiring include “all trades in ocean racing: in composites, rigging, mechanics, hydraulics, electronics”. Carole Bourlon targets two types of profession: “There is a strong demand for good people in composites as well as good, well qualified engineers”.

Pierre-François Dargnies, the technical director of the Charal Sailing Team, says the difficulties are also linked to the specialities sought: “I receive many CVs for composite works, but you have to multi skilled,  be able to work on the sails, painting, moulding too. These are not easy to find profiles.” The observation is the same for engineers: our contacts admit receiving a lot of CVs – up to one per week for Team Banque Populaire – but few with the right profile.

“It becomes very complicated to find experienced people”, comments Simon Watin, while Thibault Garin, director of development at MerConcept, whose workforce has grown from 25 employees 3 years ago to more than 70 today, adds: “The most difficult for our design offices is to find people who have experience and who are actually hands on sailors. We have a lot of enquiries from young graduates, engineers who want to change their lives. But they have to be able to know what is going on at sea, to understand the demands of the skipper. ”

Focus on
the long term

Everyone has their own method of finding these rare birds. “The first instinct is the jobs adds, explains Thibault Garin. “This is one of the lines of research, just like everyone’s network. We know that our best ambassadors are our employees.” At Charal they try to offer long term commitment. “This avoids the problems of the transfer window that we are used to living in this environment,” assures Vincent Beyou, the general manager of the team. “ We try to think more like a classic company by having vision, planning forwards to 2026 and already looking beyond that. Thus, we retain our best elements and we retain a valued hard core, which we supplement by young graduates or interns who we take the time to integrate into our structure .”

For Thomas Gaveriaux, managing director of Thomas Ruyant Racing (15 employees) which is a team “in the growth phase”, the current dynamism of offshore racing can also be an opportunity “to open the game to the outside” by going “to look beyond the Breton and indeed French borders”.

Antoine Mermod agrees: “Our job requirements are quite specific, but not incredibly different from other worlds either, so going out and looking for cutting-edge people and showing them that there are great opportunities in our industry is possible.” Ronan Lucas cites the example of François Barbazanges, mechanical and hydraulic manager of Team Banque Populaire, who previously worked for Peugeot Sport in the world rally championship.

All fear, however, that this tense recruitment situation will persist in the coming months. “I am already worried about the first term of next year,” confides Pierre-François Dargnies. “We have already blocked in our painter who also works for another Imoca and a Class40. He will work 7 days a week for 6 months! If he is sick, we’re not going to have a lot of fallbacks.”

To deal with it, he admits to “talking a lot with the other technical directors. Despite the competition, we help each other quite a bit.” “The marker of this sector is collective intelligence,” adds Yann Dollo. “We are sometimes competitors, but we evolve together. The current dynamism is helping us to create a pool of jobs that will ultimately benefit to everyone.”