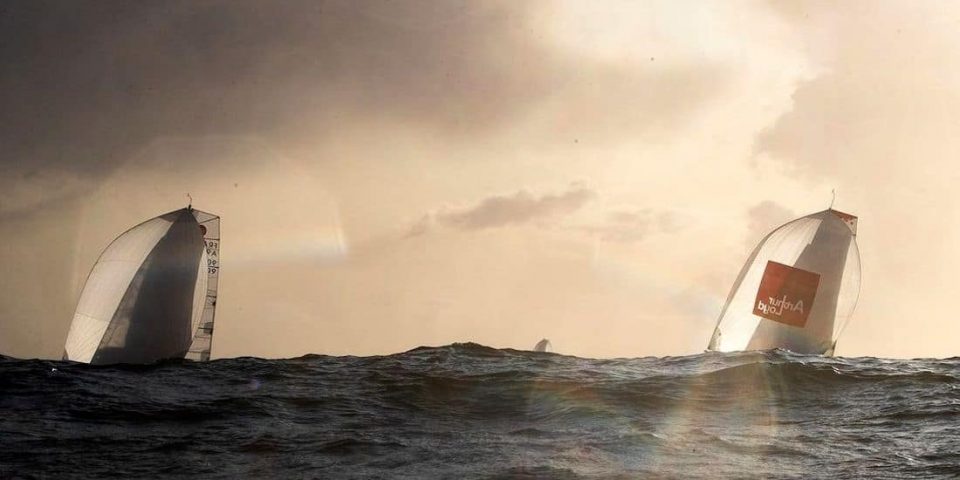 Denis Hugues: “The Mini Transat remains as attractive as ever”

The new organizers of the Mini Transat announced that the 2021 edition, which will start on September 26 in Les Sables d’Olonne and heads to Saint-François, Guadeloupe, via Santa Cruz de La Palma, is already full with 126 pre-enrolled for 84 places. Tip & Shaft took the opportunity to discuss this with Race Director Denis Hugues.

First let’s talk about the Vendée Globe: 18 of the 33 sailors who started the race came through the Mini Transat, that’s a great recognition for the race?
Completely! We always said that the Mini was the school of offshore racing, the Vendée Globe is a really the pinnacle, the culmination of It all and it’s true that a lot of sailors start off in the Mini thinking one day they may end up doing the Vendée Globe. It is a natural progression.

What can the Mini Transat teach a future candidate for Vendée Globe?
Well for a start it is about mainly to fend for themselves. On the Mini there is no long range communication system and so when they have a problem – which always happens on a long race of about 30 days like the Mini – they are forced to fix things for themselves, without outside assistance, to get to the other side. Today, even though now the Vendée Globe skippers have the opportunity to call their team on land, they are very much in the same mode, in the end it is the skippers who have the tools in their hands and that is what many learn in particular on the Mini.

Do you have any favourites or skippers you really like in the Vendée Globe?
No, it wouldn’t be right to say. I organised the Mini Transat and am now the Race Director. I always say my favourite is the final one to cross the line. Having said that, I’m pleased for all the former Mini entrants. It clearly shows they have come a long way, with in particular three former Mini winners, Yannick (Bestaven, 2001 in the prototypes), Thomas (Ruyant, 2009 on a prototype) and Armel (Tripon, 2003 on a prototype). But there are others too with people like Pip Hare and Clément Giraud, who also sailed in the Mini class. They weren’t in the Top 10, but we’ve seen that they are good sailors who manage to deal with things. To be honest when Pip changed her rudder, it was not an easy thing to do. We can also see with some of the girls doing the Vendée, that almost all of them previously did the Mini-Transat [5 out of 6: Pip Hare, Sam Davies, Isabelle Joschke, Alexia Barrier, Clarisse Crémer, editor’s note] because it is easier to enter than many other offshore races. Once again, they are doing particularly well.

“What stands out this year
is the turn-over”
Let’s talk about the next Mini Transat. There has been a change of organiser, as well as the ports for the start, stopover and finish. Is this like starting over from scratch again?
No, not from scratch, because there are a lot of things returning. Firstly, there is a different relationship with the organiser who is new and alongside us and has to learn how to organise the Mini, which is a major race, as we can see with the number pre-registered. A new team had to be formed which is what Marc Chopin is doing [president of the Les Sables d’Olonne Vendée Ocean Racing centre], and that is bound to take a while. It’s even more complicated this year with the health situation. We have no clear idea about what things will be like in the autumn of 2021, so it’s not easy to manage, as we don’t know if all the work will pay off or not.

The organisers received 126 applications to pre-register for the 84 places available. Is that usual?
It’s fairly close and proves that the Mini Transat remains as attractive as ever. What stands out this year is the turn-over, which is higher than in previous years: in 2020, 80% of the racers were people I had never seen in the Mini circuit. So the standard wasn’t very high in the first races, but I think that by the start, they will all have made progress.

2020 saw many races cancelled. Do you not fear that the entrants are lacking preparation for ocean racing?
No, that is not really a worry, as there is a clear programme in place this year with a lot of opportunities for the competitors to clock up the miles. So if all goes well, all of the entrants will have done their 2500 miles – the distance required to get the qualification. It is important for the racers not only to improve their performance, but also get to grips with their boat and deal with everything alone. During these 2500 miles, they are bound to encounter problems they need to deal with and that will allow them to cope at the start of the Mini.

“Tanguy Bouroullec is
a bit ahead in the prototypes”
Do we already have an idea about the stand-out performers or favourites for this race?
We will have to wait for the first two races of the season, but I think that Tanguy Bouroullec is a bit ahead in the prototypes. His boat won all the races he took part in last year [“Les Sables-Les Açores en Baie de Morlaix” with him at the helm, then the “Mini en mai” with Ambrogio Beccaria who went ton to win the “Duo Concarneau-BFR Marée Haute” with Amélie Grassi, editor’s note]. Particularly seeing the faster boats from 2019 are now in the hands of new skippers: Fabio (Muzzollini) with Tartine [Axel Tréhin’s old boat, editor’s note], Romain Tellier on 865 [winner of the last two editions with Ian Lipinski and then François Jambou, editor’s note]. These are demanding boats in terms of adjustments, so it will take them a while to settle in. In the series boats, some are already very fast, like Léo Debiesse and Hugo Dhallenne, but I wouldn’t call them favourites today, as it is too soon. I think in any case that it may be more open than previous editions, when we knew from the time of the registrations that there were sailors who knew their boats well and could be ranked among the favourites.

Some series boats were already present in the last Mini, David Raison’s Maxi and Etienne Bertrand’s Vector. Will there be others for this race and what do you think about their potential?
There is a new Italian series [Wevo 6.50], but in my opinion, it is a bit below the Maxis, the highest number and the Vectors. The Vector is not a bad boat, but I think that it is very tricky to set up to sail quickly. I hope the owners will have the time to find the right settings and be up there doing battle with the Maxis. We mustn’t forget the Pogo 3 which is a tried and tested boat, easy to sail, even if its gets very wet in comparison with the Maxi in particular. We saw last season that the Maxis encountered quite a few reliability issues, in particular structural problems. I hope the yard has sorted that out, so we don’t have that sort of problem in the transatlantic race.

To finish with the prototypes, you said Tanguy Bouroullec’s boat was among the favourites. She is one of the rare boats fitted with foils. Are foils the future of the Mini?
I have a lot of doubts about foils on Minis. We have seen fantastic pictures of boats with foils taking off, except that each time it is on sheltered waters, which is never the case at sea. We rarely have a classic swell, but rather cross seas. I can’t see a 6.5m boat flying a lot. I talked to Tanguy about that after the les Sables-Les Açores en Baie de Morlaix last year, and he said that all in all, out of the three legs, he only really foiled for six hours…