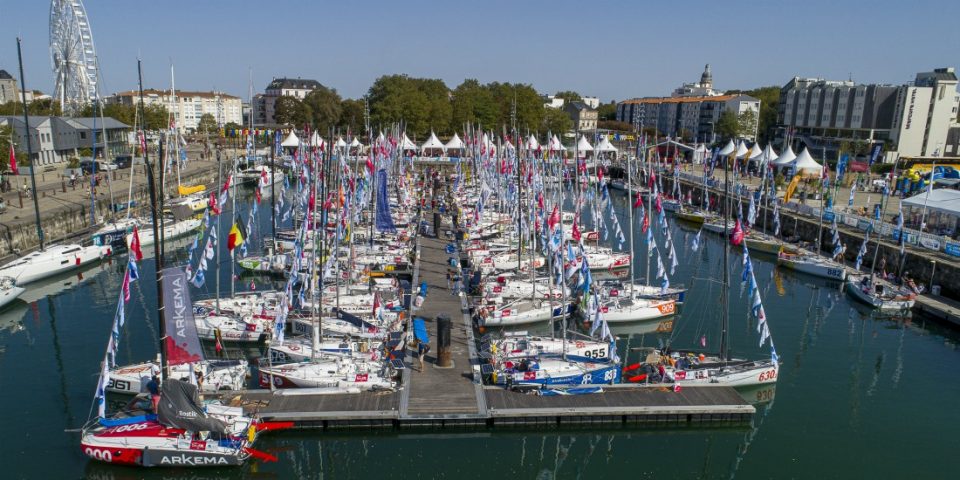 Who will win the Mini Transat?

On Sunday, September 22 at 2:15 pm in La Rochelle 90 solo racers representing 13 different nationalities and including 78 rookies (bizuths) will start the first of two stages of the 22nd edition of the Mini-Transat La Boulangère. As before every major race, Tip & Shaft confers with specialists about the favorites.

Series: Ambrogio Beccaria above the lot?

In the series division 68 boats start. It is the opinion of our specialists if there is a favorite at all it would be the Italian Ambrogio Beccaria. Last year he won five of the six races he took part in and has already notched up three wins in five races so far in 2019 on his Pogo 3 Geomag. “He has mastered his subject, has already raced the Mini-Transat, he also completed a stage of the Defi Atlantique this winter on a Class 40 (with Catherine Pourre), so he has the experience of the length of race, he is at the top of the pile “, confirms Tanguy Leglatin. Hugo Dhallenne adds: “He always goes fast and often makes very good options, I sailed beside him, I saw him cross a cloud 10,000 times better than me, he is really strong.” Denis Hugues is not so sure “Ambrogio has the label of favorite, but he is no longer out there on his own. On the Transgascogne (12th place), he took a bad option on the second stage, and already on the first, he was on the back foot.” For Rémi Aubrun, “Ambrogio has a bit of pressure because he did not have the same high level of results as last year, but if he does not push too hard and does the right things at his own pace, he will win.”

His main rivals ? Denis Hugues suggests Matthieu Vincent (L’Occitane en Provence), winner of two stages of the Transgascogne, Arnaud Machado (Pro Yachting Sogelink), “He is a lake man (Geneva) who goes very fast when there is not a lot of wind “(first in the Mini in May and second on the Trophy Marie-Agnès Péron), and also Félix de Navacelle (Youkounkoun), second of the Pornichet Select and third of the Transgascogne. To this list, Rémi Aubrun adds Amélie Grassi (Action Enfance), “who will be on the podium”, Pierre Le Roy (Arthur Loyd), Nicolas D’Estais (Cheminant-Ursuit) and Sébastien Guého (Technique Sailing-GSea Design).

All these sailors are in the Pogo 3: so must we conclude that the Verdier designs stay ahead of the new scows by David Raison (five Maxis are at the start) or Etienne Bertrand (three Vectors)? “The Maxi is progressing, it is taking a little longer than expected because of reliability issues, but also because nobody has yet managed to put it all together, namely the programme and the time, maybe we will see if they manage to keep up a high average pace over time.”  Leglatin says, “ As for the Vector, the boat seems more complicated in use, Kéni (Piperol) and Antoine (Oulhen) have not had the time to set them up well yet….”

Owner of a Maxi on which he finished second in the Transgascogne, Hugo Dhallenne adds: “Modifications have been made to remedy the problems, the boats are generally reliable but are still far from the level of the Pogo 3, which have a little less out and out speed potential but you can go quickly right away. “ On the Maxis he says: “On the Mini-Fastnet, at 130 degrees to the wind and in 25 knots, I did not take a wave on the deck whereas under these conditions in Pogo 3, you are soaked. And even for the skippers’ morale and fatigue, that makes such a difference is huge.” Lipinski confirms: “The scows are much easier to sail than the Pogo 3 which are hard work. I remember that the arrival of the last Mini, the guys were covered with sores and marks and said” Never again! “You’re under water all the time, it’s extremely hard to live.” Under these conditions, Hugo Dhallenne would put some money on Paul Cloarec (Branchet Sonergia), “He is the one with the most miles on the clock and has a new spi and so even more efficient. “

Proto: four for the victory

The list of contenders for the series win numbers a dozen skippers, in the Proto fleet it is not so long. Four sailors stand out for our specialists: François Jambou on Team BFR Marée haute jaune, the former Maximum who won the 2017 edition ; Erwan Le Méné on the 800 Rousseau Clôtures (a Lombard design from 2011) ; Axel Tréhin on Project Rescue Ocean (a Lombard 2018) ; Tanguy Bouroullec on the latest proto out there, the Verdier foiling design Cerfrance built by Structures which is owned by his dad Christian. But opinions are split.

François Jambou’s 865 was this year’s winner of the Pornichet Select and the Mini in May and he does have his fans which include his former skipper Ian Lipinski who believes “The boat is exceptional and easier to handle over time because it does not stall”. Tanguy Leglatin thinks that there is “a difference in level and control in favour of the Maximum which is at least as fast under pilot where others are forced to steer.”

Can Erwan Le Méné, winner of the two stages of Transgascogne, take a win with a more traditional hull? “He will have some difficulty reaching but his boat is still super fast and light and it really is at  good level,“ says Hugo Dhallenne, who is backed up by Rémi Aubrun who in the 800 sees “a great VMG boat which is made for this type of course “. Ian Lipnski is more circumspect: “Even if Erwan knows it all very well, he does got a little slower and on a long race.” Denis Hugues is on the same tack “Erwan must hope there is some upwind on Biscay and that there is not too much reaching generally because the other three will drop him “.

Outsiders might be the 945 of Axel Tréhin, “It is very well optimised for medium winds to 20kts  according to Tanguy Leglatin. Hugo Dhallenne says it is “now very accomplished.” But Lipinski says “For less nosediving he added ballast to the back and changed the bulb to try to foil a little more on the keel. I’m not sure he has had had the time to validate all that.” What about the Cerfrance launched in early June and which took a recent second on the Transgascogne? “We realized very quickly that it is a well-founded boat, which foils at lower wind  speeds, it is inevitably a plus, and so you can escape in the light to medium stuff and that can make big differences” says Denis Hugues. Ian Lipinski adds, “It’s probably the best boat long term, but with the foils, you do not expect to see higher speeds all the time because of the seas, but say maybe over two days, there will be conditions that will allow him to go 3 knots faster over periods of two times ten hours.” There are two questions which weigh heavily for Tanguy Leglatin: “Will the boat be reliable enough and will Tanguy have time to find the ways to exploit its full potential?”

Answers at the end of November in Martinique.