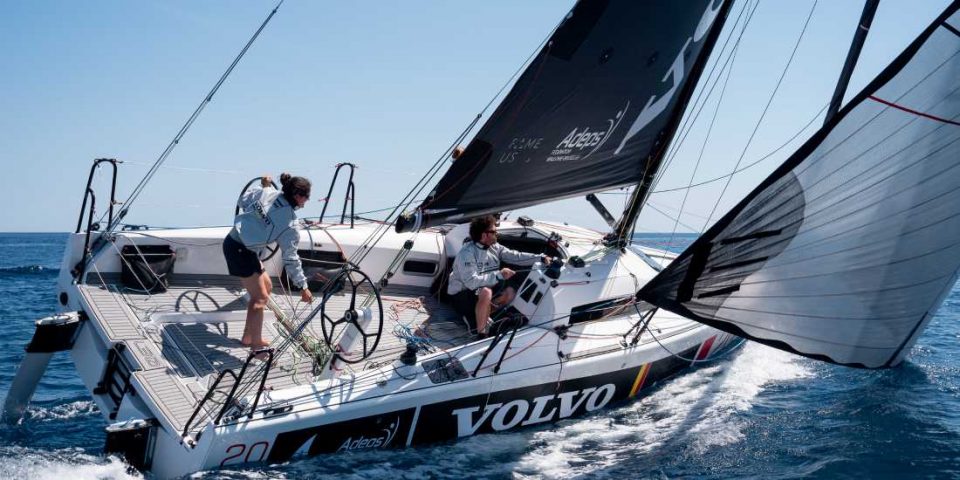 Barring a last-minute turnaround which is always possible, the mixed doubles offshore racing event, which was due to make its appearance at the Paris 2024 Olympic Games, is expected to be rejected by the IOC in early June. The IOC wrote recently to the world governing body, World Sailing, to request alternative events before May 26. Tip & Shaft investigates how we got here.

Adopted at the World Sailing Annual Conference in November 2018 in Sarasota – after being initially rejected – the new mixed offshore racing event, which the international sailing federation dreamed of seeing open up Paris 2024 Olympic Games, will probably not now take place. After asking World Sailing on December 7 to provide it with additional information, in particular concerning the safety and cost of the event, the IOC subsequently sent World Sailing a fairly unambiguous letter on April 12.

In this letter, which we have consulted, written by the IOC’s sports department to the new president of World Sailing, China’s Quanhai Li, the Olympic body, thanks “all organisations, including the Paris 2024 Organising Committee and the French maritime authorities”, for having “provided comprehensive information” and recalled “the value of this event”.

But again they harked back to the same weaknesses as perceived in December: “Field of play security, scope and complexity, broadcast cost and complexity”, and also the fact that World Sailing did not have “the opportunity to deliver an Offshore World Championships” (the one planned for last year had to be canceled due to Covid).

And the IOC added: “Therefore, while we aim to complete the comprehensive assessment of Mixed Offshore to address the above mentioned points, we request that World Sailing proposes alternative event(s) for the 10th event of the Sailing programme.”

For many, any counter-proposal is synonymous with a funeral for mixed offshore racing in the Olympics. More cautious, the CEO of World Sailing, David Graham (UK) suggests: “What the IOC has clearly told us is that the offshore event is looking like it got some challenges for it to be approved, so it is not looking good for the offshore to be approved.”

“What is complex about running a race?”

For the growing fanbase of this event it is a bitter pill considering the explanations put forward by the Olympic body. A non-French member of a World Sailing committee, who wishes to remain anonymous – like most of those with whom we spoke – proof indeed that the subject is sensitive – comments: “The stated concerns from IOC about the offshore event have all been addressed. The French Navy is certainly able to secure the field-of-play and have committed to do so at no cost to the Olympics or French taxpayers, as I understand. The Offshore event race course would entirely be within cellular range of shore which would make the media coverage inexpensive to produce and potentially terrific.”

Another individual close to the topic added: “They said the offshore event is costs and complexity, but what is complex about running one race when all the other events have seven races or more? It is the simplest event!”

Another argument put forward by supporters of offshore racing, which should have hit the mark at the very moment that the IOC has just announced the launch of the first Esports events under the Olympic banner is that it is synonymous with the huge following for the offshore games of Virtual Regatta such as brought together 1.1 million players for the 2020 edition of the Vendée Globe.

Indeed the founder of the online games company, Philippe Guigné also tried to influence the IOC: “I sent a letter to Thomas Bach [President of the IOC, Editor’s note] through David Graham to defend offshore racing, with very simple figures: I have two games, offshore and inshore, one on which I have just had more than a million players, the other where my record participation is 30,000, or 33 times less! If we want to get the general public to take an interest in sailing at the Games, we have to offer them things that work, so that is offshore racing. It would be a real strategic mistake not to choose a discipline or event with a growing audience and interest.”

This is confirmed by the American Larry Rosenfeld, who last year launched the Offshore Doubles association with the aim of promoting the practice and influencing the choice of the IOC: “From the perspective of Offshore Doubles, we have more than 1,700 members from 70 countries, that is the fastest growing class ever in the history of sailing, it is really because there is a lot of interest already, I think it shows how representative this discipline is about sailing.” A representative of an Asian federation tells us:” The offshore in France would be a very big event, you could attract tens or even hundreds of thousands of people to Marseille; if you have a 470 event, who will come!? Nobody”.

Most of those who we spoke to
point the finger at one man: Ser Miang

Obviously, this sum of arguments and answers provided to the IOC was not enough. Why ?Asked by Tip & Shaft, the Olympic body declined to explain, sticking to its press release of December 7. Most of those who we spoke to point the finger at one man: the Singaporean Ser Miang, the former vice-president of World Sailing, a known opponent of offshore racing, who currently heads up the IOC’s finance committee.

“How it can it be that one person, however powerful, can override the democratic election of sailing? That has happened, Ser Miang has done that. He is the chairman of the finance committee of the IOC, it is probably the most powerful position out of the president and he is vice president of the executive commission, and he also probably will try to become president when Thomas Bach [President of the IOC] steps down in 2025″, says one of our interviewees.

Our representative who is from an Asian federation goes further: “The true story is that Ser Miang has nothing to do with the offshore event. Most the IOC executive members have a background on sports, he has a very little background in sailing, he’s not a big sailor at all, he participated at small championships 40 years ago and that’s it. He’s just a politician who has basically backed Quanhai Li’s campaign for becoming president of World Sailing. France has backed offshore and Kim Andersen [former president of the international federation, Editor’s note] against Quanhai Li, so he is against France and offshore.”

Quanhai Li has so far been fairly discreet about the matter: Tip & Shaft submitted a list of questions about his relationship with Ser Miang and querying his position on the matter, which so far are unanswered.

Another source inside World Sailing cites the personal revenge by Ser Miang against Kim Andersen, who was a staunch supporter of offshore event  and who had filed complaints against the Singaporean for ethics violation during the election process for the Presidency of World Sailing.

“I’ve spoken to Ser Miang. It is clear that he is absolutely opposed to it but I couldn’t figure out the root cause. It might be fury at Kim Andersen and World Sailing about the ethics violation claims against him, or maybe Ser Miang in good faith believes that an Offshore or any long duration event is bad for the Olympics”, says a member of World Sailing’s committee.

World Sailing will vote on May 14

“I don’t think it’s only just a story of revenge,” continues another member of committee. “There is also a very strong fundamental movement in the IOC towards all urban and youth sports, towards beach games, with the desire for sailing to be more a beach sport than a marina sport – we know that the kites really appealed to the people of the IOC.” And the latter asks: “Have we, in the end, worked enough at the level of the IOC? As much as the clear answers were given to the IOC, the offshore event was perhaps not sufficiently defended within the IOC itself.” Vice-president of the FFVoile Corinne Migraine, also vice president of the oceanic and offshore committee of World Sailing, is on the same wavelength: “Sailing is probably not well defended at the IOC, we have not been able to do the necessary lobbying to defend what had been voted for in Sarasota.”

The fact remains though that the decision is not made yet so the IOC has not formally rejected offshore racing, the choice which World Sailing will continue to push, as David Graham confirms: “Our position is very clearly that offshore is our first choice and is still on the table; then, if the IOC says no, it will have to choose the alternative events. “

There are two alternative events which will be voted on at the World Sailing Council on May 14, at the end of its Mid Year Meeting, before being proposed, in the order of preference, to the IOC before May 26. The IOC will make their final decision on June 8. The most logical alternative? “The option which seems to me the most possible is to divide an event in two to become a mixed event among the nine already validated, undoubtedly from the kite or the 470, knowing that it is necessary to remain on parity men-women”, estimates one of our sources within World Sailing.

The supporters of the Finn who fought hard against offshore racing, and which was due to disappear from the Olympic programme after the Tokyo Olympics, have already emerged from the woods, by proposing an association with the Europe class for mixed race in a single-handed dinghy. That makes one of our interviewees say: “We have completely eccentric proposals such as the mixed single-handed dinghy where there was already no world championship [which is a criterion of the IOC, Editor’s note], and it would be even more stupid in the eyes of the IOC to come up with something that doesn’t exist.”

And so finally there is the real risk of losing a tenth medal event, a catastrophic scenario for sailing.