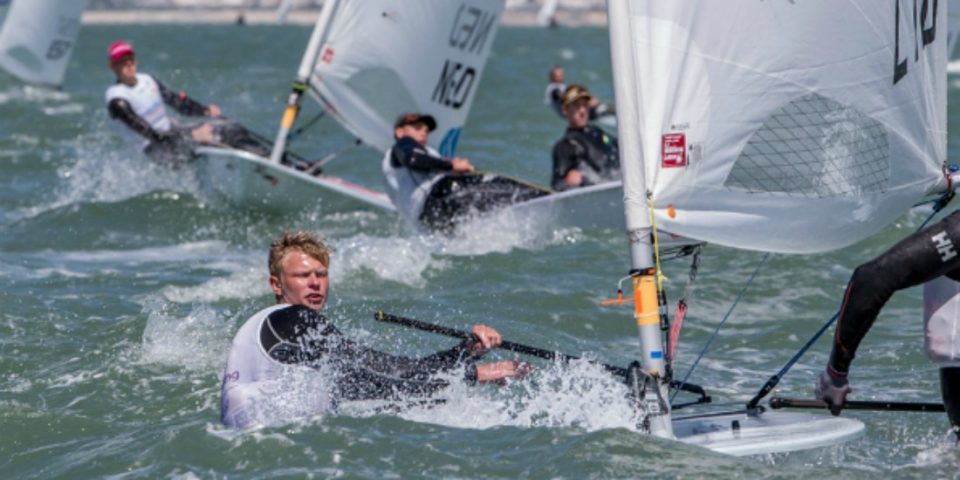 From Friday to Sunday Chelsea Football Club in London hosts the World Sailing Mid-Year Meeting. One the main issues is the choice of Olympic equipment for the Paris 2024 Games, choices which naturally enough sees feelings and ideas erupting through the sport and within the International Federation. Tip & Shaft tries to see more clearly.

So far the ten events on the program for the Olympic Games in Paris 2024 have been unveiled – but so far they have not yet endorsed by the IOC, which has the last word. From the slate for the the Tokyo Games in 2020, World Sailing has already chosen to retain the 49er, 49er FX and Nacra 17(mixed). At this Mid-Year Meeting in London the federation look at seven other options, at existing events – the solo sailing dinghy (Laser and Laser Radial in Tokyo), windsurfing (until now the RS: X ) and the two handed dinghy (the 470 in Tokyo which will change to mixed gender in 2024) – but also two new events that will come in in Marseille, the mixed offshore race and the mixed kiteboard.

Last week, the international federation presented details on each possible choice and on the recommendations that will be made by the various responsible groups tasked with each subject to the Council which is the decision-making body which actually votes on Sunday in a ballot. The easiest choice to settle is that of the two person dinghy, since only one candidate remains in the running, the 470. The Melges 15, which responded to the call for tenders, withdrew.

After being discarded six months earlier at the 2018 Mid-Year Meeting, one year ago, offshore racing bounced back into the match last November at the Annual Meeting in Sarasota. The working group which has progressed the topic will propose a submission to establish by the end of the year – as Tip & Shaft recently announced – a list of boats (a draft list was recently unveiled by Sailing Illustrated) that could be used in qualifying events. But in fact the final choice of class, from this list, is not expected until before the end of 2023: “The bid on offshore is more about establishing a strategic timetable submission to avoid potentially heated debates, which is pretty much played on the part of Kim Andersen “, notes an individual very well acquainted with the subject.

Does this mean that offshore racing is still under threat, particularly by Finn supporters, who have not yet accepted their Olympic demise?
“Nothing is ever for certain,” said the source, “the Finns will not be able to do much until November, because overturning the Sarasota decision could only be done at the General Assembly with 75% of the vote.”

As for the solo dinghy, the arguments are heated. World Sailing set up a selection process through a tender document and by sea trials in Palma de Mallorca. The results were published last week. The Evaluation Panel undertook this, in the words of Kim Andersen in a long interview with Scuttlebutt Sailing News this week, said that “the Laser and the RS Aero are suitable equipment”, with a noted advantage to the RS Aero. The ball is now with the Equipment Committee to make a recommendation to the Council. “The committee may vote for one of the two but it can also decide nothing and return the hot potato to the Council,” says a connoisseur of machinations of World Sailing.
This is all happening against the backdrop of the conflict between the International Laser Class and Laser Performance, its manufacturer for Europe and the United States, which recently has their licence withdrawn by the class, forcing a change to the ILCA Dinghy because the name Laser belongs to the manufacturer.

Controversy also surrounds windsurfing. Charged to re-evaluate the choice of class in line with the need comply with the European anti-monopoly rules, the “Board of Directors” of World Sailing chose to do so without any kind of sea trials. “We didn’t have any trials because when saying what would we like for this event, the specification for that equipment for that event, the result was very, very close to the what we already have, which is the RS:X, so that is the recommendation, which is to retain the current equipment.,” says Kim Andersen in Scuttlebutt Sailing News.

That choice incurred the wrath of many sailors including the two-time Olympic champion Dorian van Rijsselberghe of the Netherlands, who, in an open letter to World Sailing, said “It is with great disappointment that I note the recommendation from the Board to Council to retain the RS:X without holding sea-trials”, Dorian highlighted the lack of board specialists in the Working Party and the poor quality of RS:X. He is one of a strong group looking for support for a foiling board to attract more young people, but one commentator believes it is unlikley this will change the position of World Sailing.

Finally, the recommendation for kiteboard should stick with IKA Formula Kite class, with strict technical specifications set two to three years before the Games, to allow equipment to continue evolving by then, and a publication of a list of accredited manufacturers.

What future for the World Cup Series? In the second part of his interview with Scuttlebutt, World Sailing President Kim Andersen said “the World Cup Series did not succeed as intended,” especially for timing reasons. The Mid-Year Meeting will look at the issue. According to Guillaume Chiellino, director of the France team and member of the Event Committee some of the first ideas to emerge “The initial idea to create an elite circuit was good, the problem is that it had the effect of adding more demands to an already heavy schedule and compelling athletes to make choices, especially this year in April or May. One favoured option is to nominate ‘ World Cup’ events on to classics like Palma, Hyeres, Miami, Kiel, Medemblik and so protect them on the calendar. They would be used to qualify for a Final regatta that, in the ideal world of World Sailing, would be held on the waters of the Games.”