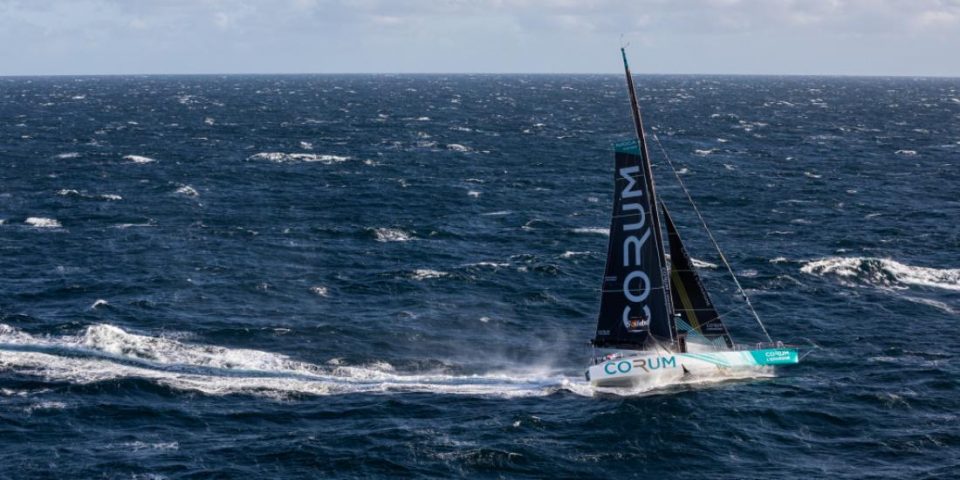 On the Market: Corum L’Epargne will continue through the Vendée Globe 2024

PHIL ROBERTSON, who played a key role during season 2 of SailGP within the Spanish team, will be at the helm of the F50 of the Canadian team in 2022-2023. The team will be managed by JEAN-SÉBASTIEN CHÉNIER-PROTEAU (ex China SailGP, Dongfeng Race Team…). JORDI XAMMAR will be the new helmsman of the Spanish F50.

YANN PETREMAND has been appointed chairman of the Bol d’Or Mirabaud organizing committee, ALEXANDRA PEYRON coordinator of the event.

11TH HOUR RACING TEAM  is looking for a preparateur to join the team in Concarneau. Must be comfortable speaking in French and English, have an active drivers license, and be capable of driving a rib. Start date as soon as possible and compensation to be in line with experience.

ALAN ROURA and his company Navman are recruiting as part of the Vendée Globe 2024 project; permanent position based in Lorient:

HIGHWATER SAILS in Plymouth are looking for a full time sailmaker or trainee sailmaker, open to overseas applicants.

MERCONCEPT is looking for 2 boat builders in Concarneau available quickly.

THE SAILORZ FILM FESTIVAL, organized by Tip & Shaft and dedicated to competitive sailing, offers enthusiasts 4 new films in 11 cities in France between March 3 and April 1. To find out about all the venues and reserve your seats, it’s here! And if you haven’t seen the trailer, it’s here!

VENDÉE GLOBE: registrations for the 2024 edition officially opened on Monday February 14, the deadline for submission is October 2, 2023.

YOANN RICHOMME has announced that he will compete in the Route du Rhum 2022 in Class40 – he is the holder in this class – in the colors of Paprec and Arkéa (his partners in Imoca for the next Vendée Globe) aboard a new Lombard design which is currently under construction at Lalou Multi to be launched in the summer.

ARMEL TRIPON will defend his title in Ocean Fifty also on this Route du Rhum 2022, he will take the helm of Les Ptits Doudous, according to his co-skipper Benoît Marie in our Pos podcast. Report from last Tuesday.

CATHERINE CHABAUD has announced that she intends to line up on the Route du Rhum 2022 to carry the message of the association Ocean as common, aboard the Cigar rouge, monohull with which she was the first woman to complete the Vendée Globe on the 1996 edition.

SÉBASTIEN MARSSET has announced that he has almost completed the purchase of the Imoca Compagnie du Lit/Jiliti, which until now belonged to Erik Nigon. Marsset has the Vendée Globe 2024 in his sights.

CORUM L’ÉPARGNE has formalized the continuation of their commitment to Nicolas Troussel through the Vendée Globe 2024.

11TH HOUR RACING TEAM has published a design & build report which has made it possible to measure the ecological impact of the construction of the Imoca Malama – 550 tonnes of CO2 – and therefore to identify areas for improvement and innovation to significantly reduce this impact.

BERMUDES LORIENT – DEFI PURE OCEAN will take place between Bermuda and Lorient in May 2022.

THE SNIM will celebrate its 56th edition this year in Marseille from April 15 to 18.

THE GIRAGLIA 2022 will take place from June 10 to 18, registrations are open.

NIJI are committed, as in the previous edition, to be the official digital supplier of the Route du Rhum-Destination Guadeloupe 2022, the new version of the website will be launched in April.

ARKÉA PAPREC, Imoca designed by Juan Kouyoumdijan and launched in 2019 for Sébastien Simon, is for sale.