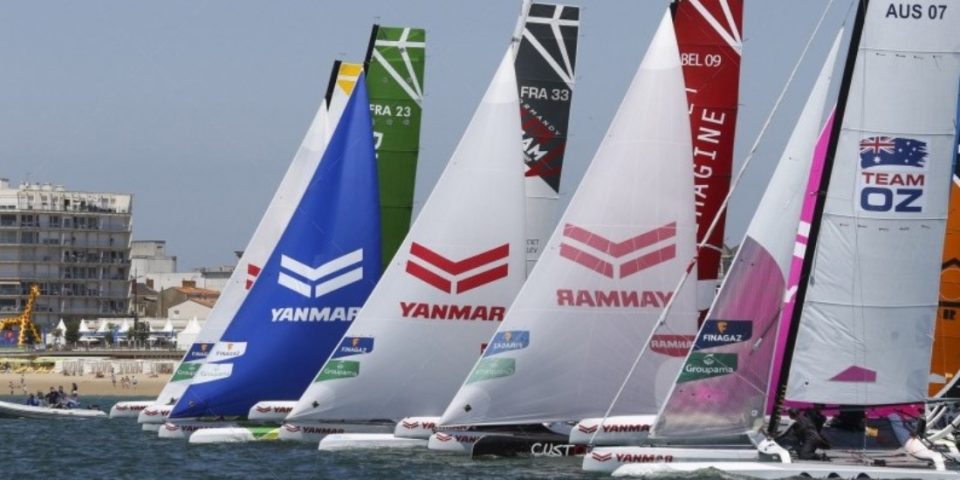 On the Market: The Diam 24 class has unveiled its calendar

SCOTT DOUGAL has been appointed director of ommunications and digital of World Sailing.

BRIEUC LEBEC, 16th in the last Mini Transat in series, joined AIM 45, where he will be the contact for the racers to analyze their training and race data.

US SAILING has unveiled the list of nominees for the 2021 Female and Male Sailor of the Year.

MATÉO LE CALVIC has been chosen by April Marine to be its new ambassador on the Mini circuit for two seasons.

MARIE TABARLY is looking, as part of Pen Duick VI’s participation in the Ocean Globe Race and the deployment of the Elemen’Terre Legacy initiative, for a project manager with experience in the development and management of these programs; position to be filled from March 2022.

ALAN ROURA and his company Navman are recruiting a technical trainer specializing in on-board systems (M/F) as part of the Vendée Globe 2024 project; permanent position based in Lorient.

MERCONCEPT is looking for 2 boat builders in Concarneau available quickly.

THE DIAM 24 OD CLASS has unveiled its calendar for the 2022 season, with no Tour Voile (see our article), but with a Spring Challenge, made up of the Grand Prix Atlantique, the Spi Ouest-France, the Grand Prix de l’Ecole Navale and of the new Tour of the islands of Southern Brittany, and a Diam World Tour France in June-July.

CLARISSE CRÉMER will compete this season in the Bermudes 1000 Race and the Vendée Arctic Les Sables d’Olonne on the former Apicil Group, bought at the end of 2021 by her companion Tanguy Le Turquais from Damien Seguin. The boat will be leased and renamed Banque Populaire for a few weeks.

GUYADER GASTRONOMIE and SAVÉOL will be the title partners of Gwen Chapalain on the next Route du Rhum, which the latter will race in Rhum Multi.

THE PORQUEROLLES RACE 2022 will take place from May 25 to 29, registrations are open.

SAIL AFRICA has received the 11th Hour Sustainability Award, given annually by World Sailing, which recognizes its development program aimed at opening up the practice of sailing to young people of various ethnic origins, and in particular girls, in Durban (South Africa).

THE TF35 TROPHY will welcome a new team in 2022, Vitamina Sailing (Italy), already present last year on the European M32 circuit, and led by its owner, Andrea Lacorte.

EMIRATES TEAM NEW ZEALAND has announced that the prototype hydrogen chase boat will be launched in March.

MERCONCEPT is selling a tent mounted on containers, suitable for installation between 2 40ft containers. Dimension: length of 12 meters, width of 6 in width, height of 4 (72m2 of storage). Material: 610g white PVC. Front and rear pinion with opening on winding (3mX3). Contact: corentinchenais@merconcept.com.

PIERRE ALTIER, who has a fleet of five Diam 24 od in the Caribbean (St Marteen), rents two of them for the Heineken Regatta and the Voiles de Saint Barth (680 €/day).