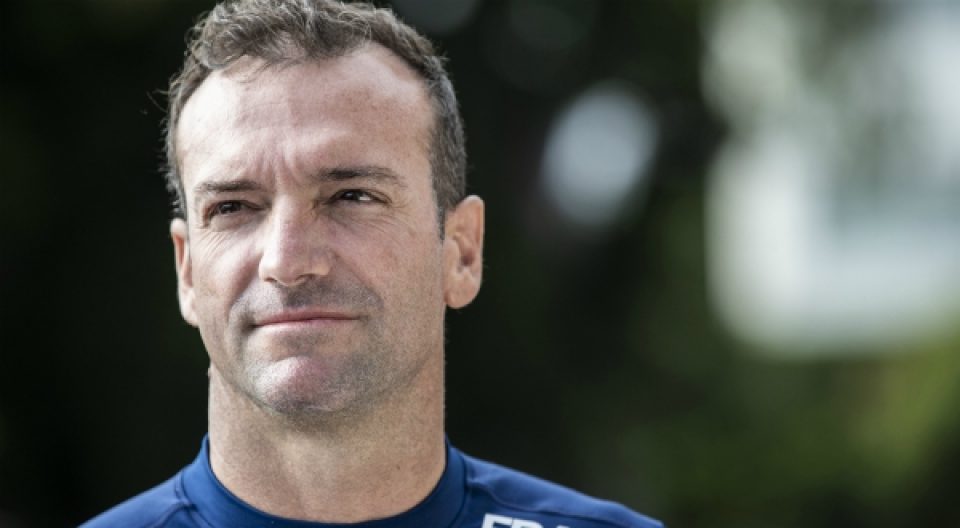 15th in the Nacra 17 World Championship in December in Auckland, Billy Besson and Marie Riou learnt in early January that they will not be taking part in the Tokyo Olympics, as the French Federation preferred Quentin Delapierre and Manon Audinet. “A huge disappointment” for the Tahitian who has now put this behind him and is focusing on the second SailGP season, with higher ambitions and changes to the French team. He tells Tip & Shaft about all this.

How do you feel about the World Championship in Auckland?
The outcome is very simple to see. We didn’t do sail well. Just before that, we finished second in the Oceania Championships and here we ended up fifteenth. That is what happens in sport: sometimes you win, sometimes you lose. This time we really lost…

Do you think that starting this campaign late and competing in both the Nacra 17 and Sail GP circuits could be to blame?
No, I don’t think so. It’s hard for me to find any particular reasons. If we hadn’t been well enough prepared we wouldn’t have finished second in the previous event. It’s just that we messed up. That happens sometimes.

How do you feel about missing out on the Olympics?
It is of course a huge disappointment, but when you are a sportsman, you have to accept that. It’s a bit like working in a big company and missing out on the biggest deal of the Century, but I don’t have any regrets and it is now behind me.

How did you find out about not being selected?
I think the Federation was a bit clumsy here. They could have announced the outcome just after the Worlds, but they wanted to do it a month later, while we were out training in Portugal. I went there with Marie and we set up the boat, sailed for two days, heard what they had decided, so took the boat apart and came home. It wasn’t very sporting or fair for things to happen like that and that was a bit odd. But that is their policy and that is what happened.

Do you feel like you have missed out and not been able to overcome the disappointment of Rio in 2016 (6th, Billy Besson had an injured back)?
No, not at all.

Are the Olympics over for you now?
I don’t think I’ll prepare for them again, but you never know where life will take you, so I can’t give a definite answer today.

So now you’ll be continuing in theSailGP. What do you think about the French team’s first season?
For me it was fairly positive to the extent that the goal was to set up the team and get out there. We knew we wouldn’t win from the start, as some had been used to sailing the boat for several years, but we learnt a lot of things. Technically, it was fairly hard to make progress as we didn’t have the same conditions from one event to another. A steady 25 knots in Cowes and light airs in Sydney and in some of the races in Marseille. But that did enable us to see the full range of the boat.

What do you think about the level in the circuit? Do you think you’ll be able to catch up with the Japanese and Australian teams who dominated this first season?
I really feel like we had a tough contest. You can never ease off. You have to make as few mistakes as possible, which means all the crew has to remain focused; the fewer mistakes, the better your chance of performing well. Having said that, I believe that this first season enabled all the crews to get enough flying time in to do better in the second. Last season was more about discovering the boat with some apprehension about it. In the second there won’t be that and we’ll really be up for it. Since the start of the year, we have done a lot of simulations to help us advance.

What happens in a simulator session?
It’s quite surprising. It enables you to work on situations close to reality. We work in groups of three with the helmsman, flight controller and wing trimmer. Each time we choose the conditions, the wind strength, the sea state… You can even see how you measure up against the others by choosing the same course and conditions as them as when they trained on the simulator. It offers so much. In general, you do two days of sessions, as after that you start to lose focus. The screens use up a lot of energy. You start the simulation at 9 and finish at 5.30. After that you go to the gym and then to bed. It’s more tiring than it is in the real world!

Talking about the changes to the team, firstly Bruno Dubois has been appointed team manager. How did you come to that decision?
It was Russell Coutts who contacted Bruno with the aim of helping the team develop particularly commercially. He can deal with that sort of situation, having managed many teams. He was with the Chinese last year, which is a plus for our team.

The other changes are in terms of racing with Marie Riou being replaced as flight controller by François Morvan. Why?
That was my decision, after giving it a lot of thought. François was already with us last year. He really helped us with the problems of uniting the after team. He knows the job and multihulls in general, so he is not there by chance. We’ll see if the results prove me right, but the goal this year is to perform well and get up there with the frontrunners and onto the podium. I’m trying to ensure nothing is left to chance. That involves making changes which concern other people. I explained all this to Marie and I think she understands my position and my decision. There is no animosity between us and we both respect each other and remain friends.

And the change in coaching (Thierry Douillard is replacing Franck Citeau and Stevie Morrison)?
It is the same thing. I came to that decision and the aim is to move forward and I hope things will work out well with Thierry. We have known each other for a long time and he has worked on many different projects, in particular the America’s Cup and the technological aspects. He has been involved in the English-speaking world, which makes things easier. I believe that he has the right sort of attitude to be a good coach. He sees things in a similar way to me. I think it should work well between us. He is up there with the best in this sort of role.

What are your sporting goals this year?
The aim it to make it to the podium at the end of the season. That doesn’t mean any extra pressure for me, but a lot more risk-taking. I have said that I’m aiming for that, so I’ll be going into attack mode. Last year we encountered some difficulties, with two injuries in our grinders, who had to be replaced and the technical changes meant we had to keep adapting using a joystick instead of a little wheel for the flight control; this year, there won’t be as many changes and I think that today, we all feel confident aboard the boat.

One of the main features this season is the commercial aspect. You have to find partners so that the team becomes self-sufficient: does that mean more pressure?
There was already that pressure last year. The main goal was to allow the general public to discover the SailGP. I think that it was a success concerning that aspect. We managed to communicate well. Now, it is true that the aim is to make that a commercial success, and that is part of Bruno’s job.

Do you think that will work in France with so much competition out there and with ocean racing dominating?
Yes, it’s not at all the same product. I don’t think they compete with each other. SailGP is a different form of sailing, a sailing show, which complements what is available in France, where we often hear about ocean racing or the Olympics.

So, you’re not going to be in the Olympics this year. Do you intend to do any ocean racing?
For the moment, I’m focusing entirely on the SailGP. I want to be as well prepared as possible to attain my goals. I hope one day to get back out there and do some ocean racing, but today, there is nothing planned.