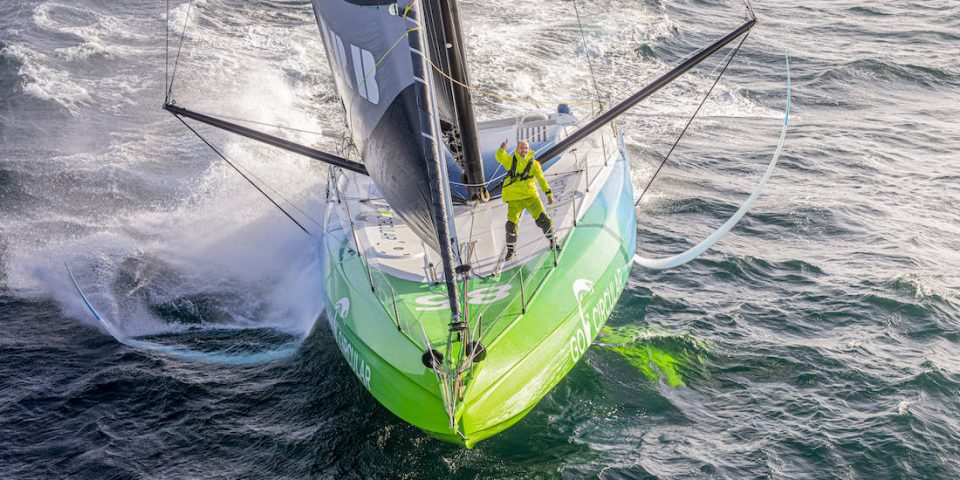 Plastimo, the Lorient-based company which specializes in maritime safety in particular continues its long held strategy of collaborating with top professional sailors, particularly offshore racers. “Listening of users is part of our DNA, most specifically the experience and feedback of the elite racers definitely represent extra inspiration and exciting technical challenges for our R & D and marketing team”, explains Marketing Director, Frédéric Blaudeau.

And valuable lessons for all are often learned. In particular the misadventure which befell Kevin Escoffier during the last Vendée Globe. He saw his Imoca PRB sink in three minutes before being finally rescued by Jean Le Cam. There have been many lessons taken from the experience. “Our doors were wide open to him. Kevin’s technical approach of the product combined with a very cartesian evaluation of the extreme conditions, helped Plastimo team to optimize our liferaft design and production“, continues Frédéric Blaudeau.

The conversations between the Kevin Escoffier and the Lorient-based company have directly led to the design of a new liferaft for the Imoca class for the first time. This now includes a VHF with integrated GPS, an AIS beacon and radar reflective tapes. They have also consolidate to the tie up between the class and Plastimo, who are now Imoca’s safety partner, as well as for the Figaro Beneteau class.

Another example is the design of their latest innovation, the Super Light Racing 196 lifejacket. Plastimo’s research and development cell had prototypes tested by Kevin Escoffier, François Gabart, Mini racers and also French national marine commandos. “François and Kevin asked us to make the deflated vest more ergonomic, to be able to move more freely but also once inflated they wanted that the head support would be more comfortable to limit fatigue,” says Moïse Arribard, Plastimo’s research and development manager. “The commandos suggested to us that the Lifejackets could release air if necessary . François found that very good, because during a capsize, he might get stuck under the trampoline if the vest is inflated.”

As a result of this collaborative approach, the SLR 196 vest is now widely available at a price, affordable for this type of product, of 200 euros: “We want to be recognized by the elite, but make accessible to all the results of our research and of our sharing of experiences. We want to advance safety at sea in general“, explains Fréderic Blaudeau. For that reason, Plastimo has organized a master class entitled Safety First with Kevin Escoffier: “Boaters of different profiles were able to participate in rescue exercises with Plastimo equipment. They could learn from experiences of real situations and we were able to benefit from their feedback… It’s a win-win!“ enthuses Fréderic Blaudeau.