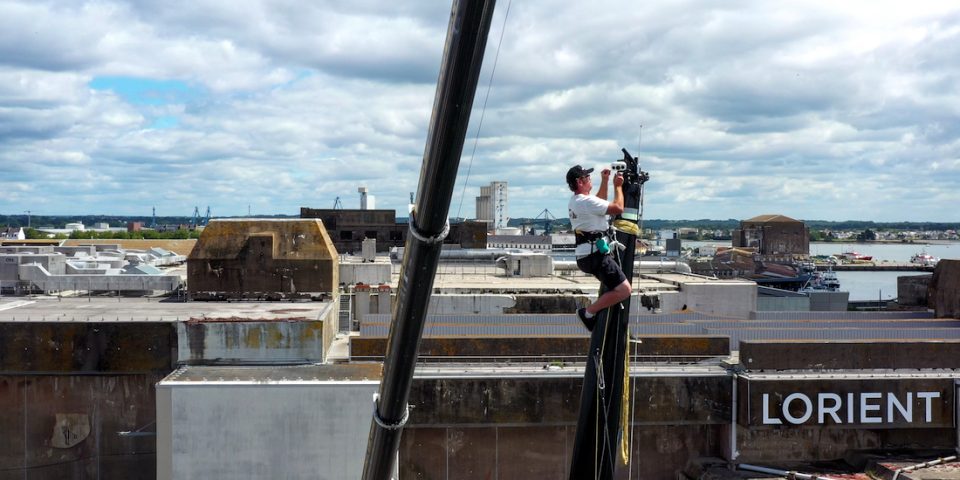 It is pretty much the universal fear which inhabits the minds of offshore racers: worrying about collisions with the an unseen floating object. In a fraction of a second such an incident can eliminate a sailor from the Vendée Globe or the Route du Rhum. And sometimes it will also require a rescue to be launched and managed.

It has become a critical subject, the early detection of floating objects has become a growing issue especially since the development of foils that scythe through water at high speed. But as yet the detection tools are scarce: radar only sees large masses and AIS only shows boats equipped with AIS. For the rest, you have to rely on a visual watch … or your lucky star.

The problem has absorbed Gaëtan Gouérou – general delegate of Imoca from 2008 to 2017 – for a long time. When he met Raphaël Biancale, a young Franco-German engineer specializing in autonomous car technologies, in 2017, he said to himself that he might be on the right track to a solution.

“We’ve all been looking for a system to detect OFNIs (unidentified floating objects) for a long time,” he recalls. “I introduced Raphaël to Jean Le Cam and he was interested and that reassured me.”

They had good reason to be hopeful: the technology developed by Raphaël Biancale is based on computer vision, a branch of artificial intelligence. Three cameras – two of which are thermal, for night vision – monitor the area ahead of the boat while algorithms analyze the recorded images in real time.

“They are then annotated to specify whether it is a buoy, a boat, or whatever it might be.” explains Gaëtan Gouérou. “This deep learning method and the resulting constant expansion of the database allows us continuously improve the performance of artificial intelligence. ”

The duo joined forces in 2018 to co-found BSB Marine and provided their prototype – called Oscar – to the teams of Vincent Riou, Armel Le Cléac’h and François Gabart, in exchange for their data. The product meets the specifications of the racing teams: lightness and very low energy. The vision unit – installed at the top of the mast – weighs 750 grams and consumes only 24 watts per hour.

An assessment: “Oscar is working better and better,” contends Clément Duraffourg, who has been following the project within the Banque Populaire team since its inception. “The cameras detect what we need to see now and no longer the reflections of the water, as was the case at the very beginning. The next step for us is to link Oscar to the pilot to avoid the OFNI on its own.”

It has already saved situations. During the last Transat Jacques Vabre, thanks to the system Maxime Sorel spotted fishermen without AIS in the swell as he closed to the Brazilian coast. BSB Marine quote their detection range at up to 600 meters for an object of four meters and 150 meters for an object of one square meter.
“Oscar sees 80 to 85% of what is seen by the human eye by day.” Confirms Gaëtan Gouérou. “And at night, he is much better than human vision.”
The more it is used so the system keeps improving as all users sharing their images update and feed the database on which the artificial intelligence is based.

The tool has caught the attention of insurers. “The figures show that a major part of accidents remain collisions,” explains Christophe Pirlot at Tolrip, the Belgian insurance broker who is risk manager for Imoca. “Oscar is very promising, and not only for ocean racing.”

Priced depending on the version, between 10 and 30,000 euros, Oscar now equips 18 Imoca and 3 Ultimes. The system is also being tested aboard WWF’s Blue Panda boat to work on the detection of cetaceans. And even if ‘he’ was born from necessity in ocean racing there are hopes the system will be fitted at the top of the masts of large leisure yachts. The Lagoon 77 Thunderbolt and the builder YYachts have already included the system on their inventory.