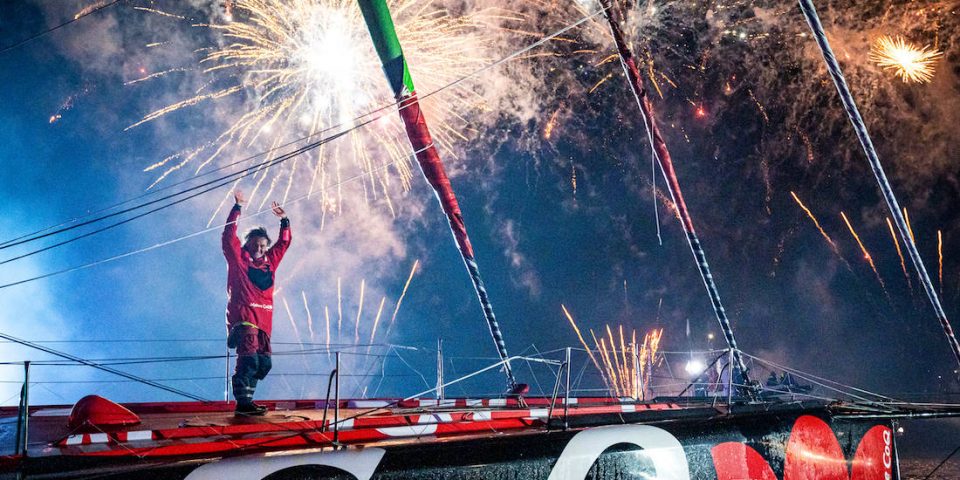 What we learned from the Vendée Globe

Last Thursday, Yannick Bestaven won the Vendée Globe, crossing the finish in third place after Charlie Dalin and Louis Burton, but benefiting from a redress of 10 hours and 15 minutes for taking part in the operation to rescue Kevin Escoffier. With the first nine boats in, Tip & Shaft can draw the first conclusions from this ninth edition with comments from some skippers (François Gabart, Sébastien Josse, Pascal Bidégorry, Paul Meilhat), Roland Jourdain, the president of the IMOCA class, Antoine Mermod, the designer, Quentin Lucet (VPLP) and Christian Dumard, the race’s weather consultant.

This Vendée Globe, which crowned Yannick Bestaven as the oldest winner in history (48), will remain an unusual edition in many ways. Firstly, because of the Covid crisis, with the start and finish taking place behind closed doors. However, the absence of the public did not mean a lack of emotions and the few lucky ones – media, teams, partners and family – who were able to enter the village certainly had their fair share of emotions with tears in their eyes, when the nine sailors finished.

In the dark of night, 10 miles from Les Sables d’Olonne, the title-holder, Armel le Cléac’h, took a lot of photos of Apivia with his smartphone when the passenger vessel transporting the journalists went out to meet Charlie Dalin. This confirmed that the finish of a Vendée Globe is always a special moment, whether you are an observer, or an ocean-racing professional. Another winner François Gabart would tell Tip & Shaft: “Even without the public and with all the constraints, the magic of the Vendée works every time. There were not the tens of thousands we are used to seeing, but we saw some great things, smiles, emotions, and everything about the race remains a source of enchantment.”

Sébastien Josse, three participations under his belt and a weather consultant to this year, adds: “There were a lot of emotions, especially with the families, and I liked to see the skippers with their children, these were really nice moments of sharing that we didn’t see so much before. The fact that there was no audience helped to highlight this intimacy, probably because there was less concern about other people”.

Some rather peculiar weather conditions

This Vendée Globe is also atypical for its low rate of abandons: 24.2% for the moment against 44.8% on average over the eight previous editions. It is also atypical because of the rather peculiar weather conditions which have never allowed the leaders to really open the gap on their pursuers. “I thought we would break the records, we didn’t have the conditions for it, with a lot of comebacks from behind,“ commented Charlie Dalin at the press conference. “When we designed Apivia, we had particularly studied the conditions of the Atlantic descent, because historically, those who arrived first in the South could leave with a weather system ahead and their pursuers would never see them again, mission accomplished [he was the first in Good Hope, editor’s note], but bad luck, it never happened“.

Race weather consultant Christian Dumard confirms: “The sequence for the leaders was special. If Apivia or some others had managed to pass in front of the big depression that Charlie had in the Indian Ocean, they could have followed them like the participants of Virtual Regatta and arrived in 69 days. By twelve hours, they would have been there for more than a week and today we would be talking about the great progress of the foilers compared to last time”.

This particular weather combinations gave rise to a scenario that will have kept the race fans and followers in a state of suspense for 80 days until the last miles, with, at the finish, the smallest gap between a winner and the second (2h31). Never seen before, with 8 boats on the line in just over 16 hours, including two daggerboards and four 2016 generation foilers. This allowed the general public to discover little-known profiles, to highlight different ways of preparing for a successful Vendée Globe and to show that a large budget is not enough to win the Vendée Globe.

“Not everything happens in Port-la-Forêt!”

That particularly appealed to Paul Meilhat: “I really like the rustic side, doing a lot with little, these are strong values that I have been defending for a long time. I’m very happy that it’s happening on this Vendée Globe, as it happened on the Route du Rhum with Francis Joyon”. And the winner of this same Route du Rhum in Imoca added: “I also love to see that there are ten different ways to achieve a result, even in the way you sail. We saw that in the final, between a Charlie Dalin who makes magnificent trajectories in the Bay of Biscay and the slightly more aggressive, ‘thuggy’ side of Yannick’s drive”.

For the first time since Christophe Auguin’s victory in 1997, victory in the Vendée Globe has also eluded a skipper trained at the Finistère offshore racing centre in Port-la-Forêt. This led one of its members, Sébastien Josse, to say: “Not everything happens in Port-la-Forêt! This edition revealed some outsiders, but they didn’t come out of nowhere: they raced in Mini and Class40, they are also schools of ocean racing”. Roland Jourdain completes: “We are not in a monoculture, there is a mix of solutions to reach the goal, it’s a great message, rich in the societal context in which we live”.

And ‘Bilou’ Jourdain, three participations in his sea boots, added: “On this Vendée Globe, we didn’t beat the speed records, and yet we’ve never had such a great show. Do we absolutely need to push so hard to go faster, when this has financial, techno or environmental consequences? Maybe this is an opportunity to dare to look at things differently”.

Even firmer on these questions of budgetary escalation, Jean Le Cam put his finger on it during his press conference on Thursday evening: “The essential values that we must defend are the accessibility of the Vendée Globe to the small and medium-sized companies and give hope to the young people. We’re in a sick situation here (…) When you see that some people are making a third pair of foils, at 500,000 euros a pair, that’s the price of my boat (…) And at the finish, the hydrofoil boats didn’t beat me by 24 hours”.

Yannick Bestaven: “Having large foils is the solution”

Admittedly, the new machines didn’t make a huge difference in this Vendée Globe. The fact remains that the first four sailors to arrive in Les Sables d’Olonne all were foilers: “We’re touching on something new, we’re still discovering our foilers, I’m convinced that this is the future“, commented Thomas Ruyant, who ended up sixth in the repair game. Just before him, Yannick Bestaven, who won on a 2016 generation boat, summed it up: “You can’t use the foils all the time, we saw it in the Indian. But in the Indian, when I had a tidy sea, if I’d had large foils, I would have come back faster at Thomas, so having large foils is the solution“.

“The boats of the 2020 generation were young,” says Antoine Mermod. “You have to understand that there was a real technological breakthrough between 2016, with daggerboard boats to which foils were put, and these real foilers capable of “semi-flying”. Most of them were launched in the summer of 2019 and we lost half of the sailing time planned for this year because of the Covid, that’s a lot“.

Sébastien Josse shares the analysis of the president of the Imoca class: “The technological revolution is not to be questioned, but the planning of projects is becoming shorter and shorter while the boats are more and more technical. In particular, the preparation for the English Transat, which is for me is an acid test of reliability, was missing, because you find yourself facing the elements for 7 days”. For Pascal Bidégorry, “it’s really pushing it to put a foiler in the water less than a year and a half before the start”.

The architects will have to review their modelling

The winner of the last Volvo Ocean Race gives us food for thought: “We’re going to have to review the hull shapes that I find a little too tense. The boats are super fast when reaching, but downwind VMG, you are constantly under water, a 30 knot stroke, a 15 knot stroke, it’s not human and it’s dangerous because you can hurt yourself and break equipment, it’s an endless loop”. Sébastien Josse adds: “The size of the foils is a question, they offer considerable gains when sailing upwind at full speed, with the wind on the beam and the reaching down, but when sailing downwind in the sea, as they are not 100% retractable, they become a handicap”.

What does Quentin Lucet, who has worked on three of the eight new foilers – Charal, Hugo Boss and DMG Mori – think? “There are phases in the Atlantic where the latest generation boats have done well because they have a greater capacity for acceleration. But in the South Seas, the rhythm has not been found, the boats have stumbled in the waves, so we will have to try to find the right geometry to have some revival capacities. We may have gone too far on the size of the foils, it’s a question that we shouldn’t be ashamed to ask ourselves. I am however frustrated not to have seen Hugo Boss launched with his foils in the Indian Ocean, because I think he had a slightly different concept from the others and a different potential on these paces”.

However, he acknowledges that the architects will have to review their modelling in the light of this Vendée Globe: “What is certain is that the design of a new boat must be approached in a slightly more subtle way, by putting man more in the middle than before, but also by considering all the degraded modes more”.

François Gabart appeals to history to avoid drawing hasty conclusions: “The last and only time a new boat did not win the Vendée Globe was in 2004. And then 18 new boats had been built! There is a form of disappointment compared to what we imagined the performances of the last generation of Imoca, but that doesn’t mean that in four years time, the foilers won’t take 60 days…”