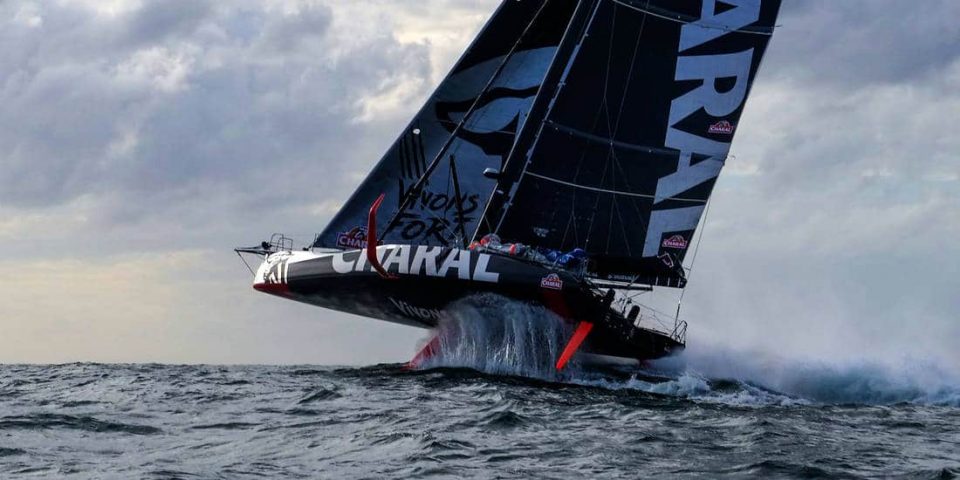 Who will win the Vendée Globe?

As in every big ocean race, Tip & Shaft puts together a panel of experts to canvas opinions as to who will be on the podium at the finish. And so for this Vendée Globe 2020 ten experts have agreed to contribute their thoughts this week: race director Jacques Caraës, the president of Imoca, Antoine Mermod, double winner Michel Desjoyeaux, Roland Jourdain and Kito de Pavant, who all have  three participations each. Morgan Lagravière, forced out in 2016, the Figarists Sam Goodchild and Eric Péron (both of whom who have sailed Imocas), as well as the journalists Pascal Sidoine (L’Équipe) and Hélène Cougoule (Canal +).

FOUR WHO STAND OUT

When we ask them to give us their podium there are no real surprises. Four skippers share almost all of the votes from our ten pundits. All have reservations, but in order, Jérémie Beyou (cited by all, 3 times on the highest step), Charlie Dalin (9 mentions, 2 times as winner), Thomas Ruyant (5 mentions, 3 times first) and Alex Thomson (5 quotes, 1 time winner).

“Jérémie is the one who had the best preparation: he had his budget pretty much when he finished his last Vendée Globe, he put his boat the water before the others, he was able to do a V2 of the foils which he still has changed, he won the Vendée Arctique race and has the experience of a Vendée Globe on the podium”, lists Sam Goodchild. Most agree Beyou’s programme is one which “ticks all the boxes”.

But according to Roland Jourdain there is a small downside: “With Jérémie, it’s his mind that is more complicated. As long as all is well, he is good, but as soon as something goes wrong he takes it to heart and it can take a long time for him to get back on top mentally.” Is the mind still reckoned to be the weakness of the skipper of Charal? “I think he has gained a lot in serenity since last Vendée Globe” answers Jacques Caraës. Pascal Sidoine adds: “Jérémie has been working since the start of the year with Meriem Salmi (a psychologist who works with many athletes). I was able to attend one of their sessions, he has clearly come a long way on this and I think he feels more confident at all levels.”

Behind Jérémie Beyou, Charlie Dalin is close, firmly highlighted by Michel Desjoyeaux: “For me he is  the best guy because he’s the only one I know who did five consecutive podiums on the Solitaire du Figaro (from 2014 to 2018). It is indicative of his very strong ability. And what he has shown since then he got his Imoca up to this high level. ”

Again all highlight a preparation close to optimal not least with a “Dream team”, composed in particular of Yann Eliès, Pascal Bidégorry and François Gabart, who work with the skipper of Apivia. “Charlie is supported by a team (MerConcept) which has already won the Vendée Globe, points out Eric Péron. And we must not forget that he is a naval architect initially, his approach to the Vendée Globe was very structured, he invested a lot of time, energy and ideas in his boat. ”

Many also cite the relaxed, comfortable, confident side of Dalin: “There is a kind of serenity that emanates from him, despite the fact that he is a first timer”, summarizes Hélène Cougoule. Being a rookie is no barrier to winning, “Only three winners of the eight previous Vendée Globe were not rookies (Alain Gautier in 1992, Michel Desjoyeaux in 2008 and Armel Le Cléac’h four years ago).

Completing our experts’ podium is Thomas Ruyant if not mentioned by everyone is put on the that podium as a winner three times as is Jérémie Beyou. “I can see him creating a surprise, he’s someone who is very comfortable offshore and in the long run. We saw it on the last Vendée Globe, we saw him fulfilled, joyful, positive, one who really manages to have fun on these very demanding boats” reckons Morgan Lagravière. Antoine Mermod adds: “The project LinkedOut is full of energy; initially it was a little smaller than those of Charal and Apivia but, with his team, Thomas has risen to their level, which is already a win in itself.”

At the foot of our podium in fourth is Alex Thomson, third in 2012, second in 2016, who, following his usual strategy has not raced or trained against other IMOCA teams. That hardly worries his compatriot Sam Goodchild: “He always does his thing in his corner, but each time, he manages to be here in good shape for the Vendée Globe. I think that, more than the others, that’s his only goal. He has a boat with some pretty radical choices, but which were made solely with a view to the Vendée Globe. He did not get far in the last year in the Transat Jacques Vabre, but he did enough miles to scare the competition.”

Michel Desjoyeaux also believes that Hugo Boss can be the definitive lethal weapon to win the Vendée Globe: “It is perhaps the best machine prepared to face what will lie ahead. And from what I believed to hear, they are the team that pushed the thinking furthest but maybe reliability will be a bit of an issue from what I have heard.” Eric Péron, however, has some doubts: “We are used to seeing a super-prepared team; but here all last week, we saw them add fences to the foils (fins placed on the profile of the foil to limit ventilation), it shows that they are not as good this year.” Kito de Pavant believes that the Englishman “is mentally the strongest and will press the most when it gets tough.”

Behind these four sailors, only one other is tipped for the podium, Kevin  Escoffier, whom many see capable of an upset despite a boat (launched in 2010) with new foils but everything is similarly less efficient. “He’s great, he ticks a lot of boxes, mental, technical, as an athlete“, Roland Jourdain analyses, backed up Jacques Caraës: “PRB is certainly a little bit below fastest but in the Vendée Globe, you are never at 100% of the potential of the boat. Kevin is a very calm guy he is strong all round, great technically and mechanically, he has reinforced PRB super well, it was one of the lightest boats in the fleet, he is a very good outsider.” For Hélène Cougoule, “if there is one who has a card to play it is him. I obviously don’t wish them to break, but quite a few new boats are still very young which could benefit Kevin who is a hard competitor and a true force of nature. ”

Skippers with new boats but launched late – Armel Tripon (L’Occitane) and Nicolas Troussel (Corum L’Epargne) – or Sébastien Simon (Arkéa Paprec) who experienced reliability problems and who received his new foils on the Port Olona pontoon were not tipped at al by our panel. Eric Péron sums up: “In terms of the potential of the boat they should be in the match but they just have not had the time to optimize these hyper complicated machines, it takes hours and hours on the water and in the boatyard they have not really reached the end of their initial work.”

And, since the victory of the Finot-Conq PRB plan (launched six months before the start) winning in the Vendée 2000-2001, no boat launched in the same year as the  Vendée Globe, except Bonduelle (second in 2004), has been on the podium.

As for the other outsiders, none are for the podium, but the skippers with a boat equipped with the latest generation foils have, according to our experts, the chance to enter the Top 10 or even the Top 5. Sam Davies does: “She might not have the fastest boat but every time she gets to come back in the game because she never gives up, and on this kind of marathon race, that is a really major quality“, analyzes Michel Desjoyeaux.
The same for Boris Herrmann: “He has a very good boat, a lot of experience and his competitors are wary of him“, estimates Pascal Sidoine, and, to a lesser degree, Isabelle Joschke, “who has less experience, but a well balanced boat“, according to Jacques Caraës.

DAGGERBOARD BOATS IN THEIR MATCH

Imocas with daggerboard are expected to be very much in the shade this time. But there will be a good race between the 14 boats at the start not equipped with foils. “I see two standouts: Banque Populaire (Clarisse Crémer) already near the top four years ago because when Paul (Meilhat) gave up he was third in middle of foiling boats, and Apicil (Damien Seguin) whose base boat was not great but was really well refitted, thanks in particular to the contribution of Yoann Richomme”, analyzes Morgan Lagravière. Roland Jourdain adds Jean Le Cam to this list “the smartest of all” according to Kito de Pavant, Jacques Caraës adding: “Jean knows his boat by heart, it has always taken him to the next level, and he knows how to go fast without overloading it.”