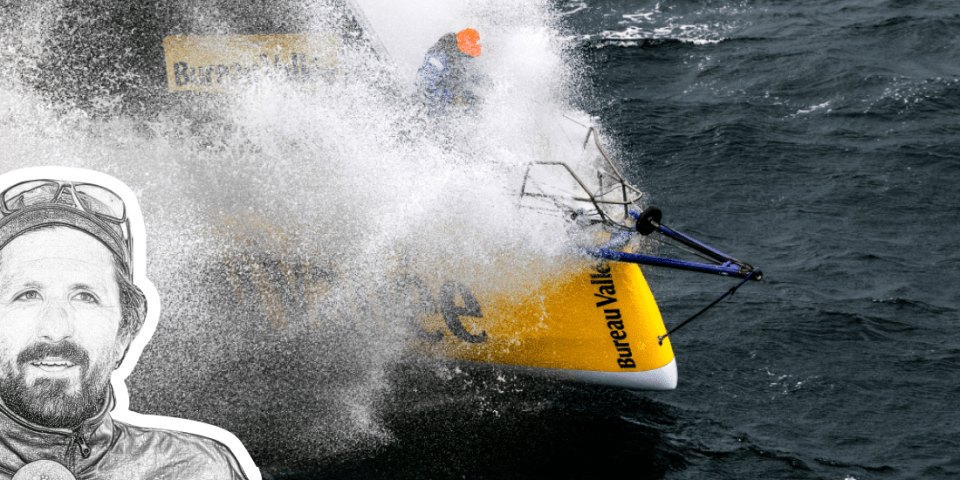 The double winner of the Solitaire du Figaro and winner of the Route du Rhum 2018 in Class40, gives his tactical and strategic analysis of the race, exclusively for Tip & Shaft.

The dice are now almost cast and rolling towards the finish of the Vendée Globe, with the passage round the Azores high pressure system which the first are finishing this Friday.

Louis (Burton) set out to make the grand tour by the west, a strategy that finally seems to result in not much more than a relative status quo with Charlie (Dalin), they parted after leaving the Doldrums with a dozen or so miles apart, soon they will find themselves with almost the same gap. It’s of course easy to talk afterwards, but I think that if Louis had followed a strategy similar to that of Apivia, he might have more of a lead today, because he has always been going to faster. Passing to the west, he still sailed a lot more miles than Charlie.

Dalin has opted for a higher route, more on the wind for two in my opinion: he had trouble accelerating with his limited port side foil and he chose a position to mark the fleet then, moving upwind to be closer to the finish side. This is a choice that limited his risk and is finally paying off today, since he lost nothing to Louis.

So they will all emerge tomorrow from the influence of the Azores high pressure to enter the train of depressions that have given France unsettled wet windy days recently with west-southwest wind most of the time.

We should see two strategies emerging, mainly because a matter of timing. The first 3 (in green on the sketch below) – Louis, Charlie and Boris (Herrmann) – will be able to play the curvature to the north of the anticyclone and thus stay in a southern position which has the advantage of sailing in an area with less sea and less wind – 18 to 25 knots, gusts to 30.

For the second group – Yannick (Bestaven), Thomas (Ruyant), Giancarlo (Pedote) and Damien (Seguin), in red on the sketch – this option will no longer be optimal. They will therefore have to go up north to get to the the depressions and position themselves in the face of storms. Up there the wind will be stronger – 25 to 30 knots average, gusts of up to 40 knots – with a sea from 3 to 4 meters.

These are somewhat constrained choices, but, ultimately, when I do make my routings for both strategies, there are no major consequences in terms of deviations which should be close to where they are today.

A word about Damien Seguin and his course very much to the east, to the right of the group, he was able to benefit from an easterly movement of the high pressure system, which allowed him to reduce his distance sailed  thanks to his favourable timing. And this allows him to stay on the attack, close to his competitors. 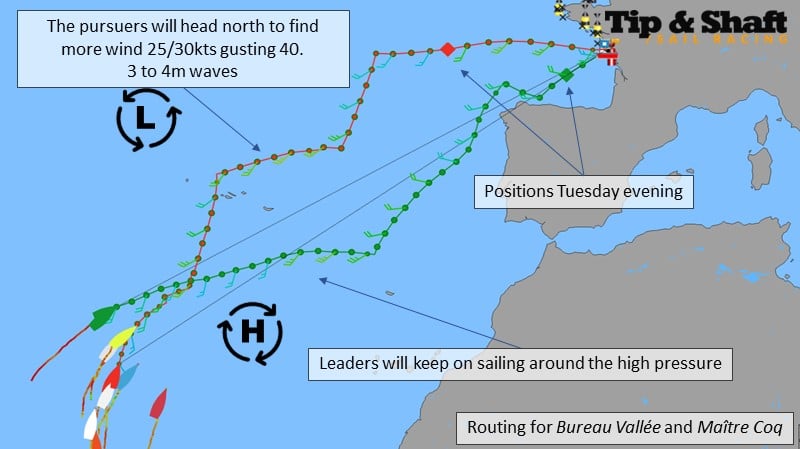 A nuclear explosion in the brain!

This afternoon (Friday) with fewer than 2000 miles to go to the finish, we can only be certain about one thing: we are going to have to wait until the final minutes of the Vendée Globe to discover the name of the winner and runners-up. It may take longer, as the time bonus awarded to Boris, Yannick and Jean (Le Cam) may come into play. More about that below.

Victory on the water will largely come down to two elements – the psychological aspect and reliability of the boat. Having had a bunch of madmen chasing me for hours or days, I can tell you it feels really uncomfortable. You can’t get it out of your head. It’s like a nuclear explosion going on in your brain. We check the routing every 10 minutes, trimming every 2 minutes, the AIS every 30 seconds.

The extra difficulty is that the sailors have been doing this for 75 days and the tiredness has built with stress preventing them from sleeping. There is the permanent fear of breaking something, in particular during sail changes or manoeuvres in strong winds. That’s when you make the mistakes; those who have already experienced this pressure will have a slight advantage.

Looking at the nine of them

I have drawn up a little analysis of the first nine likely to finish in Les Sables within just over 48 hours of each other in the middle of next week.

Louis Burton: fast in strong winds with great trajectories. Pressure is an unknown factor for him, as he isn’t used to the position of being the skipper being chased. He is going to have to be strong to keep Charlie at a distance for five days.

Charlie Dalin: his potential has been reduced, but by how much? We know how good he is at strategy, and he has already shown his ability to withstand pressure having been through this in the Figaro in particular. The question is whether he will want to become the man who has nothing to lose and is ready to stake it all on catching Louis, even if he breaks something, or whether he will be content with a place on the podium…

Boris Herrmann: playing it cool in the stronger conditions throughout the round the world voyage. Will he be able to pile the pressure on when the wind gets up? Maybe he too will be happy with a place on the podium, remembering he has a bonus of 6 hours which could change everything and give him the win.

Yannick Bestaven: watch out for a wounded ego! He must be angry to have lost his leadership last week. He has a bonus of 10 hours and 15 minutes which is quite significant. He is fast in the stronger winds and has proved he is ready to push hard. He can still believe in a place on the podium at least even if he doesn’t win.

Thomas Ruyant: we can see that he is that tiny bit below in terms of performance because of his amputated foil. He has the most to lose with a lot of boats piling on the pressure from behind (Groupe Apicil, Prysmian Group, Yes we Cam!).

Giancarlo Pedote: like Boris, he has played it rather calmly in the Vendée Globe, but he has shown he has high potential speed on the climb back up the Atlantic. His potential in stronger conditions has not been confirmed, so it’s now or never to do that.

Damien Seguin: we saw the ability of the boat and skipper in the Southern Ocean; he is fast in stronger conditions and the boat sails smoothly. He will be trying to keep Jean at a distance to be the first boat with daggerboards, while attempting to overtake one or two foilers and he has the means to do that.

Jean Le Cam: he hasn’t been doing as well on the climb back up the Atlantic, probably because of his torn J2. But with his bonus of 16 hours and 15 minutes, he may overtake Damien, and even Giancarlo, and to end up as well placed as 4 years ago in the rankings (6th).

Benjamin Dutreux: unfortunately for our young warrior, it is going to be impossible for him to have a major role in the final race for the podium, but what an amazing Vendée Globe he has given us. He will no doubt be the local hero in Vendée! 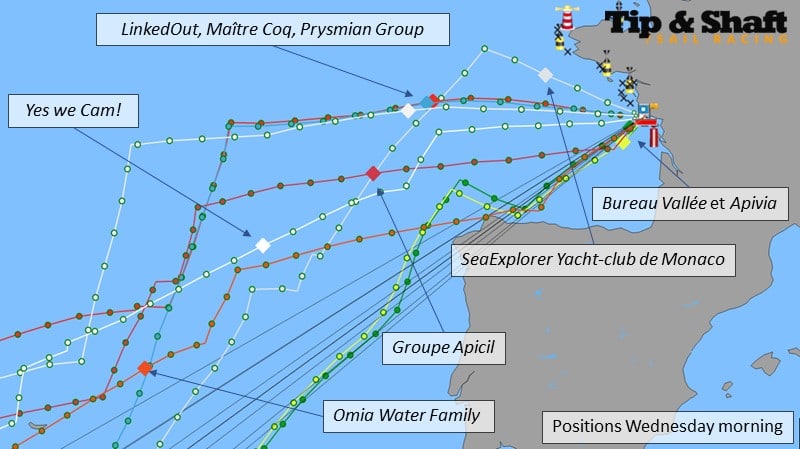 And the winner is…

OK, so for this final report before the finish, I’m going to take my chances and give you the ETA for the first boats (see below the positions next Wednesday morning), then with a calculation of the bonuses to see how that would affect the final outcome. As usual, to be taken with a pinch of salt.

This means including the bonuses:

The first four in the Vendée Globe within 4 hours with 4 and a half days to go to the finish… or in other words, anything can happen!