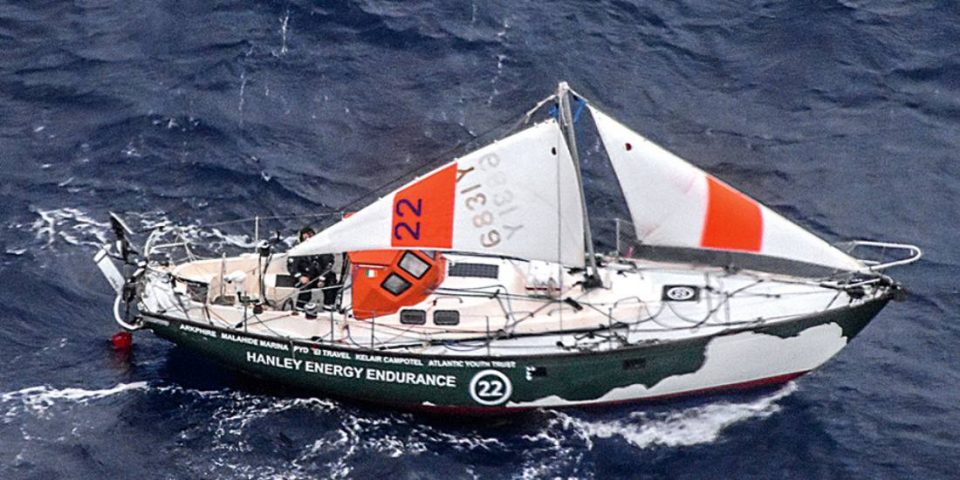 How the round the world races have grown

Racing round the world via the three legendary Capes has seemingly never been so popular, to race organisers and, they hope, to potential racers. Between July 2022 and September 2023 it seems like as many as five round the globe races could set off in just about every conceivable format solo, double or crewed, mainly intended for amateur or semi pro sailors. It is about selling the realisation of a lifetime’s dream or the next career milestone for others. Tip & Shaft look at the budgets, the contexts and the risks.

The first race is the Globe40, a round-the-world race in eight stages targeting new and exciting destinations (Mauritius, Papeete, Ushuaia, etc.) combining racing and adventuring starting from Tangier. “We are in the operational phase” assures Manfred Ramspacher the organizer who says he has 12 pre-registered for the race due to start on June 26th 2022. “Our budget of 2 million euros is based on two thirds coming from on the host cities. Whether or not we get a title partner is not a major issue that will not prevent us starting”.

Organized by the duo Hugh Piggin / Sam Holliday, The Race Around is also for Class40s and it is due to start in September 2023. Its four-stage format resembles the BOC challenge of the 1980s as well as the sporting level. The budget announced by the organizer of 8.6 million euros, will be financed 95% by private partners. “We are on schedule in relation to our search schedule for sponsors,” assures Emmanuel Versace, the project’s representative in France.

Following its postponement by one year putting it in competition with the Route du Rhum Class40 decided to withdraw the Globe40 from the class programme and so now The Race Around is the only round the world on the official Class40 calendar. “Manfred pretty much presented us with a fait accompli by postponing his race, it’s a shame, but we wish him success and the goal is for him to resume his niche in our program in 2025”, comments Halvard Mabire, president of the Class40. Manfred Ramspacher assures us that he “is not bitter about the decision of the class” and adds: “The Globe40 fits in with the DNA of the class which is to promote pro-am racing.”

On the crew format side, the Globe40 is run exclusively in duos and has drawn a field which is 75% non French, mainly enlightened amateurs but with a few big CVs such as Ysbrand Endt and Kito de Pavant, who has still not yet decided definitively. “I like the concept of the Globe40 journey, but it is not a cheap undertaking because the stopovers are expensive and you have to get the boat back in top order each time. I am working on a budget of 900,000 euros including depreciation. It is not easy to attract partners for a first race like this. But at the same time we also know that the share of the media return for Class40s on the Route du Rhum is marginal. We will only make our final decision after the Transat Jacques Vabre”, explains the skipper of Made in Midi.

Initially reserved for double-handed crews, The Race Around, which anticipates up to 40 boats, has just been opened up to solo sailors “under pressure from the class and professional skippers who clearly expect the benefits”, explains Emmanuel Versace the project’s rep in France. He adds: “Some skippers, such as Aurélien Ducroz or Axel Tréhin have included in the specifications of their new boat that it be able to sail around the world. We also know that many sailors are aiming for the Vendée Globe 2024, but clearly they’re telling us that they’ll come to The Race Around if they can’t meet the budget.”

On the new Lombard design that he is building, Lalou Roucayrol, will start double-handed, with young people on board, trained in his Lalou Multi team: “It is a fine end-of-career project, based on knowledge and skills transference. I think it needs a minimum of 400,000 euros. ”

GGR and OGR: back to basics is successful

Building on the success of the first edition, the Golden Globe Race will start again from Les Sables d’Olonne on September 4, 2022, “two months later than the previous one for better timing for entering the Forties”, explains Don McIntyre, creator of the race. Still as fixed as regards the architecture of the boats and their equipment, the race opens up to modernity on the communication side. “The skippers will be equipped with a satellite link reserved for sending photos and interviews, two times twenty minutes a week,” adds the organizer who has just set up his office in Les Sables d’Olonne.

The city and the agglomeration are partners in the event to the tune of 100,000 euros for the first and 350,000 euros for the second. The organizing team will expand to around 20 people during the event, a third of whom will be for the media. In search of a title partner, Don Mc Intyre set the price for the naming sponsor of the race at 3.5 million, including 1.5 million for TV production and distribution.

29 skippers are already pre-registered, half having bought a boat specially for the race, but the victory of Jean Luc Van den Heede is seemingly not so influential at home in France as only three French people are expected. Among them, Damien Guillou, who leaves in the colours of PRB the partner of Philippe Péché in 2018, says: “In the community we work in I can see some surprise at my decision. I take it as a chance to have an exceptional once-in-a-lifetime experience. Loneliness for 200 days is an issue, but slowness doesn’t bother me. I’ve always cruised old boats that I mess about with, I love that!”.

In terms of the budget, the GGR is not necessarily a big economic endeavour. While McIntyre insists the race can be done for 60,000 euros (if you already have a boat) and that “money won’t allow anyone to ensure victory,” a Rustler 36 like the one bought by PRB costs 80,000 euros second-hand, to which you need to add a serious budget to prepare for the race. Without giving any precise figures, Damien Guillou would not be surprised if in the end, the total budget for the operation came to the equivalent of “two seasons racing in the Figaro circuit” for him.

After the GGR, McIntyre has added another acronym to his list of events with the OGR standing for the Ocean Globe Race, which is a way to revive the Whitbread and which will set sail in the summer of 2023 for the fiftieth anniversary of the first crewed race around the world. The Australian has promised a major event and announces to date 25 entries in the four classes, including the French boat winner of the Whitbread (in 1985), L’Esprit d’Equipe (which will be skippered by Lionel Régnier) and Mor Bihan (who participated in 1981). Several Maxis and Volvo 60s may get back in service, alongside some Swan 65s and 651s in the Sayula category. Once again, it is back to using paper charts and sextants. Among the skippers who are said to be interested, McIntyre mentions Tracy Edwards, as well as Dominique Dubois, the head of Multiplast, who owns a Swan 651 and Arnaud Lizop, who was a crew member on Pen Duick VI in 1973.

Global Solo Challenge: A new formula for the rally

The Italian yachtsman and financier, Marco Nannini had the idea for the Global Solo Challenge, but more a challenge or rally than a race. This non-stop solo round the world voyage via the three capes may will start from La Coruna in the summer of 2023. Open to 32-55 feet monohulls, it is unusual in that it proposes to see staggered starts with groups ranked according to their estimated performance levels.

Based on the calculations and the experience of the organiser, who sailed around the world aboard a Class40 and raced in the Ostar on a Sigma 36, this rally wants to be independent of class rules: “A first generation Class40 can sail around in 140 days. A classic 36-foot cruiser will take between 195 and 200. We will stagger their start by two months hoping that they will all finish together… It’s the story of the hare and the tortoise!”

Nannini has announced 16 pre-registrations for what he believes will be “the least expensive round the world race in history” (7500 euros to participate). The rules will however make it compulsory to have four watertight compartments with the volume divided up and checked by a designer. This modification does not come cheaply, and is not that simple for a series cruising vessel (if it is indeed possible).

How viable is this?

While Lalou Roucayrol considers that this type of race “devalues the work done by people trying to make a living out of this sport”, Corinne Migraine vice president of the French Sailing Federation, looks at it differently: “The enthusiasm the French have for ocean racing relies on the human adventure aspect and amateurs are no doubt frustrated by how professional events have become. It is down to the pros to make adjustments, as the increasing use of technology making boats less reliable is not a good story to tell.”

As for the safety aspects and guarantees in these amateur round the world races, the vice-chair of the Oceanic and Offshore Committee at World Sailing is much more critical: “A lot of people sail around the world all by themselves and that’s great. But organisers jumping in to get a slice of the action seems dangerous to me. If there are too many accidents, rules will have to be tightened and the real races will suffer. I would just add that any solo race has to ask to avoid the application of colregs, and this sort of acceptance may not last forever.”

As for media transparency, while the 2018 GGR attracted a certain public, increasing the number of such events raises questions – Andrew Cape also had a project of Great Cape Race, as Kito de Pavant stresses: “Five round the world races in two years, including four brand new ones is a lot and there is bound to be a problem down the line. I am not convinced that all the organisers fully understand how complicated such long and risky events can be.”