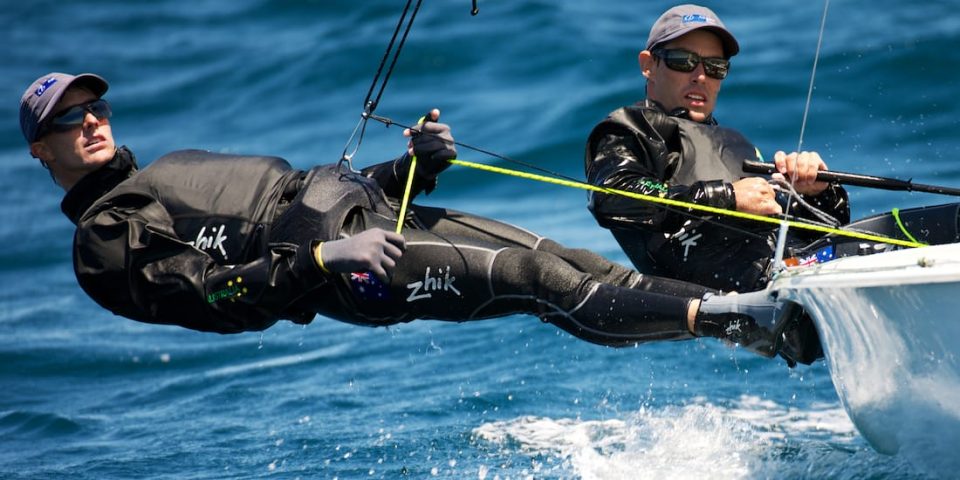 It is a relatively new brand which is rising fast and widely in a very competitive market: the Australian Zhik brand was created in 2003 as specialists in personal equipment (seawear and protection outfit) – particularly in competitive sailing. They made a particular name for themselves in France by equipping Dongfeng Race Team, winner of the last Volvo Ocean Race. It also now outfits Alex Thomson Racing and are very active in the Olympic arena especially as official partner of the New Zealand star duo Peter Burling / Blair Tuke (49er) and in France, of the pairings Kevin PEponnet / Jérémie Mion (470) and Quentin Delapierre / Manon Audinet (Nacra 17).

The Australian brand formalized an agreement for the French market in August signing an exclusive distribution partnership for France and Belgium with Plastimo. “Zhik came to us, indicating that they wanted to develop their presence in the French market: in offshore racing, where the brand is already fairly well established, but also among regatta addicts and amateur sailors on foiling sportsboats”, explains Frédéric Blaudeau, Marketing Manager of Plastimo.

Plastimo, the Lorient-based equipment manufacturer, who has had its own range of clothing for more than 20 years (XM and then Activ’) – targeting mostly the family cruising and leisure clientele – quickly saw a major benefit in teaming up with the Australians. “For us, this is a unique opportunity,” continues Frédéric Blaudeau, “especially as Plastimo has been turning to these new arenas such as kiteboarding or foiling, partnering with Zhik is a huge boost.”

On the Zhik side, the seawear brand quickly saw the synergy in partnering with an historical, strong player in the market, a brand which is very well established in France. “As a brand, Zhik has made a dazzling breakthrough in the last six to seven years in Europe, but it was not visible enough in France”, analyses Antoine Perrin who was appointed product manager for Zhik this summer. It will benefit from our 3,000 dealers and a dedicated sales team of seven people who crisscross France permanently.”

From mid-October Plastimo will launch a real “Zhik Tour”: a truck in the colours of the Australian brand, aboard which Antoine Perrin and Pâquerette Wannebroucq – the sales representative in charge of Zhik who was also recruited this summer – will travel the French and Belgian coasts until the end of the year to showcase the 2021 collection – 850 SKU’s which will be held in stock in the K2 bunker in Lorient starting next March..

As Plastimo is a long-time partner to racing teams, supplying safety equipment in particular, Antoine Perrin was prompt to present these new products to them. “Zhik know that we can open many doors to them, introducing the seawear to racers. That is another benefit that will help us to progress quickly”, he explains. “Many racers already know the brand and we had to react quickly to some requests from Vendée Globe teams. Even though all skippers already have a seawear partner brand, some have contacted us for Zhik boots and base layers”. Another great live test for the Australian Vendée Globe rookie !