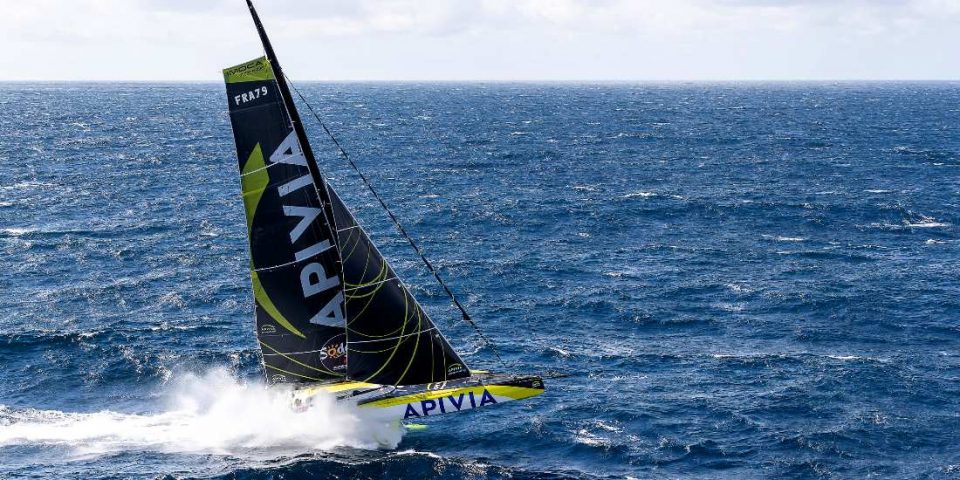 Jean-Luc Nélias: “I am breaking out of my comfort zone”

After seven years at Sodebo at the start of May the career of internationally renowned Jean-Luc Nélias, 59, changed when he was appointed the team manager of Charlie Dalin’s Apivia Imoca project. Here he explains the reasons for this change of direction to Tip & Shaft and tells us about his first couple of months in his new role.

Jean-Luc we imagined yours was a job “for life” with Sodebo but today we find you as team manager for Apivia, what prompted you to make this change?
A little bit what you just said: this idea of being tied to a job for life. Since my very early days I have changed my adventures and stories many, many times. I had been at Sodebo for a little while and now at 59 you think about how your professional life is going to end, what desires you still have. And I happened to listen to your Tip & Shaft podcast with Dominic Vittet [Into the Wind] when he said he at 50 he decided to do something else, it made me think. I said to myself I was not going to compete in this sport until the end, not looking to die on horseback! I also felt that I was becoming a little less useful to the Sodebo project, a lot of things had been put in place and I had less to contribute. There was also some ‘wear and tear’ along the way, it was becoming a little routine. And Tip & Shaft played its part again, when I saw the announcement of Apivia looking for a team manager. I saw it I took a week thinking, then a second week, I then said to myself that I had to take a closer look, I sent an email to Charlie and it was all done in one week !

Does that mean you didn’t really hesitate for long?
To be honest I didn’t get much sleep in that time. I turned things over in my head, chatting with my wife and a few people close to me who can advise me. It was a big change in direction: before I was a racer and so when it went well, I was on the podiums, now, when we will get on the podiums, it will be me from “backstage”. That is not easy. But overall I had this feeling that if I didn’t move now nothing different and new would happen for me.

“At Sodebo I had
a real impact on the project”

We can imagine that it was not an easy decision to go to Thomas Coville with? How did he react?
Sure, it wasn’t easy, because it was brutal, but on the other hand, I couldn’t help it, I didn’t have any notice to give. But it is clear that we had lived so many intimate, close moments in victories as well as in failures, but he is a very generous person who is in touch with human relations, so it was complicated. What he thought, you have to ask him the question.

What will you retain most about the Sodebo years?
All good ! We achieved a lot of good results, we won races, I had a real blast in the jobs I did, I had an impact on the project, I had a great relationship with the team and with the partners. Of course that is also why it was difficult to leave, I was still in a kind of comfort zone. Somehow, I broke out of that comfort zone to go on an adventure when I am 59. A bit like when I started out. At that time, this arena was not really professional, we were all going on a bit of an adventure and that ideal has always guided me.

Is this, then, the end of your career as a sailor for you?
Yes, no doubt, I still have business cards where it is written ‘sailor’, but today, I am clearly a team manager, it’s a bit like the footballer who hangs up his boots or the cyclist who puts his bike away. Except that we still have the advantage of being able to still do it. This is not going to prevent me from going racing in other arenas away from my job as a team manager when I have time. Pure racing will always interest me, starboarding, tacking under a boat and cruising. I’ll still be out there sometimes, one way or another.

“It’s impressive to see the box
that François has built”

What were your first impressions when you started at MerConcept in Concarneau?
Well there are 70 of us at the moment, so when you arrive, you have to look at the trombinoscope! It takes a lot of focus soaking up different ways of operating, it’s up to you to get in tune and try to make a difference. I tend to always want to go very fast, I have to be able to slow myself, to go a little against my instincts. But it’s very interesting there are plenty of projects going on with the company, I’m a little blown away, it’s impressive to see the operation that François (Gabart) has managed to put together. When you see the buildings, the number of people, the boats, the vehicles…. I don’t know to what extent he carries all this on his back, there are times when he is a skipper, other a manager, he is also dad, husband and each thing is a big thing in itself, there is all the same risk-taking in there … and talent…hats off to him.

What is your exact role as Apivia team manager?
I’ve been here for a month and a half, so I started by doing an audit of what was working well and not doing so well. Then, my role is to oil the wheels here and there to bring a little more rigor, to help the team achieve the goals. They have, of course, already done well, as Charlie won the Jacques Vabre, finished second in the Vendée Globe, there is not much failure in that. The fact is that joining from a winning project which had the resources is also an element that counted in my favour. On the other hand, the level is increasing everywhere in all the teams, with lots of boats under construction projects with significant resources, you have to be able to evolve to support this higher level of competition. This kind of project is a real race against time, you spend your time making strategic decisions and part of my role is to help everyone make the right choices and avoid the wrong paths that waste time.

You have to talk to us about the theory of a new boat, do you have to go have one to win the next Vendée Globe?
Well we are working on that future, clearly there are several options, but today we cannot say more. What is certain is that there is real excitement in this class, which also makes the task complicated for team managers and for design offices, because we have to find places and timings to build, to have the right people free as there really is a kind of talent transfer market and window, it’s difficult to factor in these aspects.

“We are still in the world of Care bears!”

Is your role also to sail aboard Apivia? If so, what were your first impressions?
Yes, you have go there as part of the support job to do the performance analysis so that’s part of my role. We sailed in strong winds ten days ago, we were a bit beaten up, it was quite violent. On an Ultim at 40 knots, you are shaken in all directions, but the shocks are less brutal than on an Imoca which goes from 30 to 18 knots, bouncing on and off the water in all directions, the movements are quite unpredictable. And there you live completely inside the boat, in a small closed space with rivers of water passing over the deck you can’t smell the sea air, it’s quite unpleasant.

You already knew Charlie through the Pole Finistère hub in Port-la-Forêt, but now that you work with him on a daily basis, what have you discovered about him?
Already, he is like a champion, focused always on the competition. You see he is very comfortable on board, it is impressive to see the way he works and his habits, he is a bit like an old boy with his boat, we can see that expert’s dexterity. Charlie with his ‘piano’ is a bit like the clog maker making his clogs (ie he does it by instinct and experience). And unlike me who is quite an impulsive person, he is someone who takes the time to think things through and evaluate. And he’s a nice, smiley person. Beyond that we are only a month and a half in we haven’t been in the hard situations we haven’t experienced conflicting ideas in the heat of competition, so we are still in the world of Care bears!

On the subject of racing could you help him with the meteo and routing aspects?
No, it’s not compatible, the meteo and routing is 100% taken care of. And in Imoca, there isn’t any, it’s only pre-race routes and options worked out on periods during which I will be fully with the team, the sponsors, I will clearly not have time to do the weather.