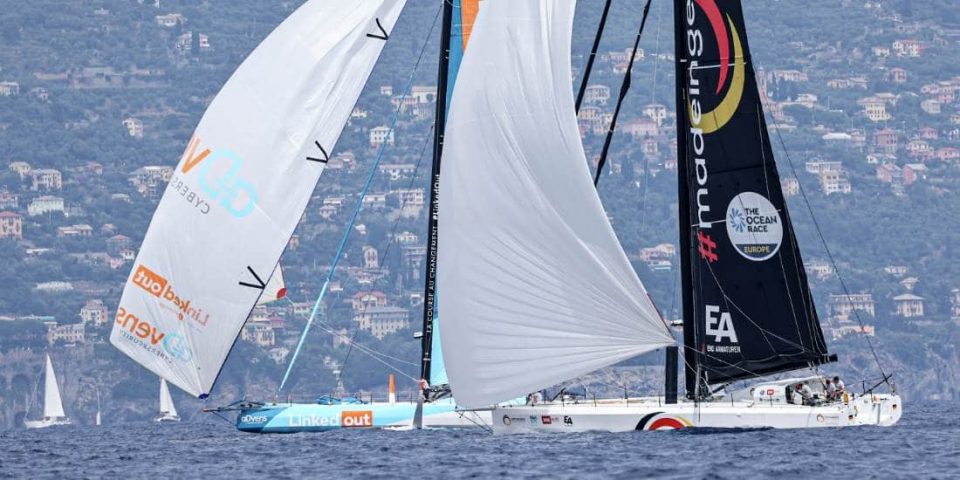 Will the new course of The Ocean Race attract more teams?

On November 4th the organizers of The Ocean Race announced that the start of the next edition would be postponed by around two months and that the new course would be altered to remove planned stops in China and New Zealand. What is the purpose of these changes? Will they attract more Imoca teams? Tip & Shaft investigates.

The health situation is still the root cause of this postponement, the co-owner of the race, Johan Salén, explained to Tip & Shaft when we met in Le Havre, just before the start of the Transat Jacques Vabre: “We had two stages planned in China and New Zealand, two countries where a zero Covid policy is applied, and so today we do not have the guarantees to make stopovers in good conditions. As we needed to complete the course now for other cities, teams and sponsors, we decided to remove them and make an epic stage in the South, which will be the perfect opportunity to  celebrate 50 years since the first Whitbread [the first edition was run in 1973/1974, Editor’s note].” That epic stage is 12,750 miles between Cape Town and Itajai (Brazil), the longest stage ever run in the history of the crewed round the world race.

These major changes have reduced the total duration of the race, hence the delay in the date of approximately two months: “The elimination of the stopovers in the South made us then arrive too early in Newport, at a time when it would be cold, even with snow, the only solution was to leave later, that also made it possible to keep the same finish dates,” confirms Johan Salen. And of course this is a postponement which has another interesting consequence for the organizers: “It also allows, the possibility of the boats which will race the Route du Rhum also to do the The Ocean Race.”

More teams around the table

The change has pleased Antoine Mermod, the president of the Imoca class, who wanted the alteration: “The fact of repositioning The Ocean Race during late 2022 has the advantage that this second round-the-world race falls right between two Vendée Globes, on the other hand, but it had posed the problem of the clash of dates with the Route du Rhum, which was not good. This development resolves this problem.” But the big question is ‘will it allow more Imoca teams to line up at the start of The Ocean Race?’

To date, they are just three which have formalized their participation: 11th Hour Racing Team, Malizia-Yacht Club of Monaco and an Italian team not yet revealed. Offshore Team Germany, winners of The Ocean Race Europe in June, has not yet completed its budget, but remains confident, as its team manager Jens Kuphal told Tip & Shaft: “We desperately were waiting for the announcement of the final route since we could not get into to deeper talks because of lacking a realistic budget, territories, dates and also other uncertainties. This now has changed and we are intensely working to make the next steps as other Imoca teams which just recently joined the table. For our part we will do everything possible to be at startline in a little than a year time and I am pretty optimistic about it.”

On the French side, no team has yet formalized its participation in the race, but Antoine Mermod feels that the changes announced can now mobilise some teams: “We organized a meeting the next day in Le Havre, we still had 10 teams around the table, when before we had 5 or 6.”

An additional cost to be found…..

Tip & Shaft did go around the Paul Vatine basin to poll some teams. For some these changes don’t change anything, The Ocean Race was not on the program and will not be: “Between the Route du Rhum with Apivia 1 and the build of the new boat, it is not at all in our arena.” , Confirms Jean-Luc Nélias, team manager of Apivia. “For us, it is too much budget, a big commitment to allow ourselves to do that, it is not at all in our plans,” replied Ronan Lucas, boss of the Banque Populaire Team. And it is the same position for Fabrice Amedeo: “These changes are moves in the right direction, but The Ocean Race is three million euros more over two years compared to our initial budget, I don’t feel my partners are keen to go there.”

The organizers and Imoca are trying to reduce the required budget as much as possible and the elimination of the two Chinese and New Zealand stopovers, even if this was not the initial goal are positive moves in this direction. “It necessarily reduces costs. From the logistical point of view it is much simpler because everything will remain in the Atlantic”, confirms Johan Salén.

Imoca’s Mermod adds: “We think it is possible to participate in The Ocean Race with a lower budget [than the 3 million announced by Fabrice Amedeo, Editor’s note], we are working in any case to make it as accessible as possible in terms of assistance with the logistics part, we will try to offer a universal package to all.”

It is the costs, the budgetary argument, that is most often cited by those who are not attracted to participate in The Ocean Race. But that is not the only reason: “The race is complicated to fit into a typical Vendée Globe programme”, analyses Alain Gautier, MACSF team manager. “And there is the risk aspect. You just don’t want to add in that risk of going into the South. Yes, it is great down there but on an Imoca with five in the South you push harder than solo, so it’s taking the major risk of having major technical problems down there when the real aim of the project is the Vendée Globe.”

This is a concern shared by Alan Roura: “We must be careful not to mix up projects. As part of a Vendée Globe project, there is still a lot of risk involved in The Ocean Race.” However, the Swiss sailor reflects on the project, but he says he would rather see a longer-term project geared specifically towards The Ocean Race. That is also the case for the Bureau Vallée team, as Servane Escoffier, its team manager, confirms: “The Ocean Race is a race we dream of, but it’s complicated to change your schedule one year from the start. To be honest, we are looking more at the next edition, with a real desire to go on that one.”

Team manager of Initiatives Cœur, David Sineau, also considers the timing tight: “The new format is a bit of a game-changer, it becomes more realistic to look at the race as part of the program. For projects with a new boat that would be ready, that can be interesting, we saw in the last Vendée Globe that many had lacked racing in the Southern Oceans. Now the timing is not really clear, because discussions with our partners have already taken place. I am watching the file with interest, but it is a bit late.”

Greg Evrard, his counterpart at Corum L’Épargne, said: “The Ocean Race has not been an option for us until now. Now that the race is compatible with the Rhum, it deserves some study, even if it is not easy to go on a round-the-world race when you have just finished a Route du Rhum and a year of solo racing.”

If most of those we spoke to believe that these changes are going in the right direction, few, in the end, seem ready to take the plunge, with the exception of the TR Racing team, whose executive director Thomas Gaveriaux has said: “For a while now, we have been in discussions with the organizers, we are working with 11th Hour, Mailizia and now other teams to find a race format that can be compatible with these other events and engage the maximum number of participants. These changes open up the possibilities a little more.”

But, ultimately, will the team be at the start of Alicante? “Our priority remains the participation of Thomas (Ruyant) on the next Vendée Globe. He will get his new boat at the beginning of 2023, he will focus on it. As it stands now we would like the current boat to take part. It does remain to be seen with what complement of crew and partners. We are looking at how we can put the project in place. For sure there is work to be done with other potential teams to share costs.”

Some are now waiting for the final dates as promised by Johan Salén to be published, “before Christmas”, and above all for the cost studies to be completed. And so how many Imoca teams will be at the start in a little over a year? Johan Salén reckons “2-3 other very likely international teams, and, we hope, 2-3 French“. At Imoca, Antoine Mermod believes: “If we have between 6 and 10 Imoca and between 4 and 6 VO65, it will be a success. The race was much more impacted by Covid, than others events, occurring at a time just when it was reinventing itself. ”
Photo: Sailing Energy / The Ocean Race