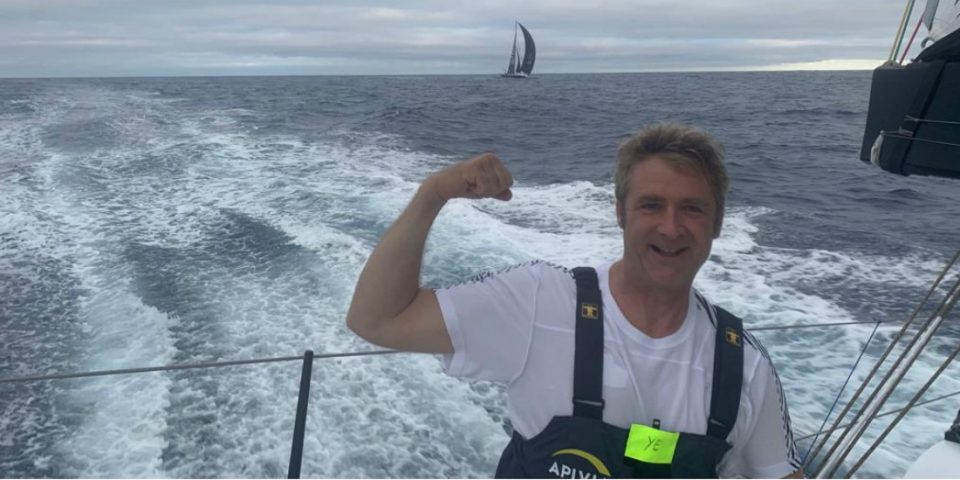 Can Yann Eliès do it?

Last Sunday the SAEM Vendée, the organisers of the Vendée Globe published the official list of the 37 candidates for the next edition of the famous non stop solo race around the which starts in one year’s time today, Friday. The list revealed one big surprise, Yann Eliès will sail on a new boat.

Although he seemed to have given up all hopes of being on the start line of the 2020 Vendée Globe due to a lack of sponsoring partners, Yann Eliès is not only on the list but he will have a new boat!. His last minute application to enter went right to the wire according to the organisers who made sure his entry was credible and on time, “Yann had officially applied before November 1, so, as for the 36 others we communicated his candidacy in consultation with his team and it was agreed together,” explains the member of the SAEM Vendée Globe organising group.

Eliès team is led by Damien Grimont, former sailor (Mini, Figaro, Class40 …) and organiser of The Bridge in 2017 and The Arch (Tour of Europe in Ultim) in 2021. He did not want to confirm the details of the entry but messaged us to say,  “Yann is officially registered and because of the deadline they can not hide him as an official registrant.” But for the moment he adds, “Nothing is completed and no acquisitions are started.”

One thing is certain if he wants to start the Vendée Globe aboard a new boat in exactly one year’s time Eliès is setting off on a race against the clock to have the new boat launched in time. As a finisher of the last Vendée Globe as well as the skipper of a new build boat he is entitled to be pre-selected but then Eliès only has until July 1, 2020 to complete his “complementary qualification course” which is a mandatory 2,000 miles.

Might there me some flexibility in this deadline? In other words could Yann Eliès benefit from a dispensation? “To qualify Yann must meet all the obligations of the Notice of Race. Of course we are happy that he is here but the rules apply to all skippers, and a dispensation is not available on the agenda. ” says one of the organizers of the Vendée Globe. This means that Eliès, currently co-skippering Apivia alongside Charlie Dalin on the Transat Jacques Vabre really must launch his new boat no later than, say, mid-June.

It is not possible, according to the race rules, to take the start of the Vendée Globe on any boat other than the one which was declared on November 1st. This was also confirmed to us by the SAEM Vendée: “The rule is clear and in fact was announced by Yves Auvinet at the skippers’ briefing in early October: when you register yourself in with a boat, you cannot change it later and, again, there  will be no dispensation. “

Even, then, starting the build process today and using existing moulds, that leaves barely eight months to build a foiling Imoca. That timing is extremely tight, but not impossible, according to Imoca president, Antoine Mermod.

Mermod confirmed to us that he recently received a “declaration of construction of a new Imoca for Yann Eliès”. A past project manager himself he explained, “It takes between seven and nine months using existing moulds. It’s a real ‘full on’ operation. I remember when I worked for No Way Back for the Vendée Globe 2016-2017 we were on original moulds and started at Persico in early December in Italy and launched in late July in Lorient. The last four months were very intense, the first four months less so. So by imagining going at harder, faster and more efficiently from the start with the a builder that knows the game you can save a bit of time.”

Finding moulds and a suitable builder with a slot is not straightforward. We spoke with various mould owners. At Arkea-Paprec (Juan Kouyoumdjian design), Marie Fraleux, in charge of the communications for the project told us that the mould was not available for rent.

At Charal (VPLP), we were told that ‘if we confirm the availability of the tooling we don’t want to specify if the team was actually solicited by Yann Eliès’. And the same thing, officially, for MerConcept, who run Dalin’s Apivia project (Verdier): “Given the timing I would be quite surprised if Yann comes to ask us the question for this project.” says Thomas Normand, CEO. “ If he did we would study it but so too we would have to talk with  Charlie (Dalin)”

Meantime the moulds of Advens (Verdier) are available at Persico but Thomas Ruyant’s team have not been contacted by  was not contacted by Eliès, the triple winner of the Solitaire. On the build even if CDK did not wish to answer our questions, it is known that the building schedule in Port-la-Forêt and in Lorient would not allow the company headed by Philippe Facque to build a new Imoca within this super short deadline.

At Multiplast, Yann Penfornis said he could not talk. But it does seem that the Vannes yard which has just delivered Kojiro Shiraishi’s DMG Mori, built from the moulds of Charal, is the only obvious one able to start the build of an Imoca in the coming weeks.