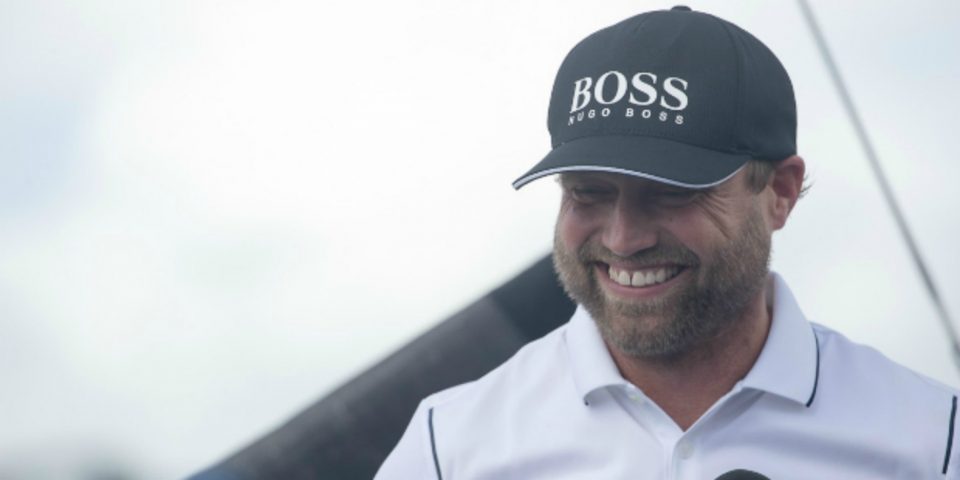 Vendée Globe International round up

Logically it could be argued that the 2008-9 Vendée Globe was the most international edition yet, with 13 of the 29 starters representing seven nations other than the host country France. That epic race was a high water mark for the British skippers when seven started and three actually crossed the Les Sables d’Olonne finish line among the top six finishers. But the organisers preference was to call the 2016-17 solo non stop round the world race the most international yet, when eight nations were represented, each of Britain, Hungary, Ireland, Japan, Netherlands, New Zealand, Spain and the USA all represented by one skipper. Regardless, as the 2020-21 edition wrestles to taper down a bumper entry, interest from outside of France is very strong and representative of all types of solo skipper, from big budget potential winners, to determined adventurers scraping by on crowd funding donations and in kind sponsorships. There are 13 non French skippers with active projects. Tip & Shaft takes a quick tour round the houses a couple of weeks before the first IMOCA Globe Series race of the season, the Bermudes 1000 Race, the 2000 miles season opener from Douarnenez to Brest via the Fastnet and the Azores which starts May 8th.

Britain’s Alex Thomson is presently in Mexico as the current Hugo Boss completes a promotional tour in South America. The launch date for the new Hugo Boss remains on schedule mid June to be ready for the Fastnet and the Transat Jacques Vabre.  Thomson is qualified for the Vendée Globe and needs only to sail 2000 miles solo on the new boat. “We are all very excited about the new boat, we expect to roll it out the shed mid June which is pretty much on schedule and around the same time as a bunch of other new boats I guess. It is never easy pulling all the pieces together at the same time and getting ready for measurement but we are good.” Says Stewart Hosford of Alex Thomson Racing. “Alex is in Mexico and will sail the boat back where it will be handed over to the new owners.” The boat was refitted in Antigua after the Route du Rhum grounding with the foils returned to Persico. The new owners have not yet been announced but Hosford expects they will compete in  some IMOCA Globe Series but says the possibility of the boat racing in the Vendée Globe ‘is a whole different discussion….’  “We are really focused, putting everything in to it. We are a big team now, 24 or 25 people, and all pushing hard.”

Switzerland’s Alan Roura still has La Fabrique out of the water and completing the winter refit after starting about a month ago. Roura’s season will be mainly about the Fastnet, the Défi Azimut and the Transat Jacques Vabre. Alan has been in Switzerland working with his sponsors and potential sponsors and testing and refining his strength and conditioning programme. After an excellent Route du Rhum Alan is qualified for the Vendée Globe and therefore does not need to chase qualification miles.

Japan’s Kojiro Shiraishi has spent two months training on Maître Coq the former Safran out of Cascais under the guidance of Roland Jourdain, alternating with Maître Coq skipper Yannick Bestaven and has returned to Japan for April. He will return to training in Brittany in May. His new boat should be launched August/September to be ready for what will be very much a shakedown race on the Transat Jacque Vabre. He chosen co-skipper has not yet been announced but is ‘not a high profile name skipper’.

Germany’s Boris Herrmann is in good shape with his refitted Malizia back in the water and is making ready for the Bermudes 1000 he is VG qualified having completed the Route du Rhum and is already at the top of the group of candidates in terms of miles sailed.

Likewise Finland’s long haul airline pilot Ari Huusela has been in Gosport, England and was setting off for some post refit sailing before he heads for the Bermudes 1000 Race, he too is qualified for the Vendée Globe but needs to build miles. The boat has had no major changes over the winter.

Isabelle Joschke, French based but German, is having new foils fitted to her MACSF and so will not participate in the early season races. The boat is expected to go in the water in July ready for the Fastnet and the Transat Jacques Vabre which she will sail with Morgan Lagraviere.

After winning the Sardinha Cup in the Figaro Beneteau 3 Sam Davies, French based but British, is back fully focused on her IMOCA programme with Initiatives Coeur which is just being relaunched with some very powerful looking new Verdier foils. Sam starts as one of the favourites for the Bermudes 1000 Race. She will do the Fastnet and, sailing with Paul Meilhat, the Transat Jacques Vabre.

Italy’s Giancarlo Pedote needs to qualify for the Vendée Globe but has his boat, Prysmian Group, formerly Jean Pierre Dick’s 2015 VPLP-Verdier design, in the water and has been doing a lot of sailing. He has the backing of his long term sponsor until after the Vendée Globe but the Bermudes 1000 Race will be his first solo circuit race on his IMOCA. He will do the full IMOCA Globe season.

Britain’s Pip Hare has the former Superbigou, previously Alan Roura’s La Fabrique and is looking forward to her first solo IMOCA race too, the Bermudes 1000 Race, she is on a tight budget but plans to do the season.

In Caen Miranda Merron, French based but also British, has this week launched her 2006 Owen Clarke IMOCA Campagne de France, formerly Rich Wilson’s Great American IV. She is setting out to qualify for the Vendée Globe with the Bermudes 1000.

And Belgium’s former Mini sailor Denis Van Weynbergh also has his IMOCA, formerly Nandor Fa’s Spirit of Hungary, starting the qualification process with the Bermudes 1000. He has done a routine maintenance refit during the winter.

Also refitting an IMOCA, the former Spirit of Hexagon, is English veteran Richard Tolkien who is reported to be fitting a new class keel to the Owen Clarke design. Conrad Colman’s IMOCA has been sold to an owner who will not do the IMOCA circuit, the Kiwi skipper has not yet found a budget for the Vendée Globe and Ireland’s Joanne Mulloy, like Colman, is doing the Figaro circuit and still looking for backing but she will race the Transat Jacques Vabre with Alexia Barrier.