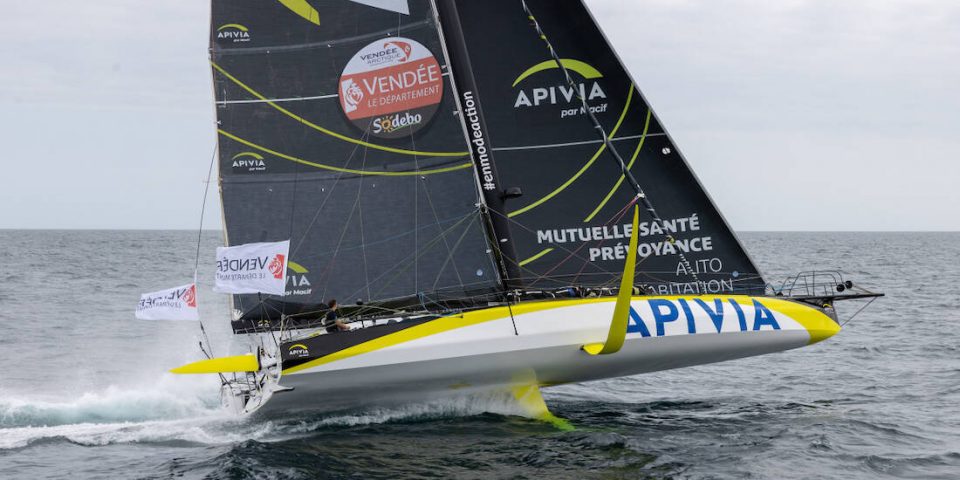 Arctic Vendée: lessons learned from the first part of the race

The Vendée-Arctic-Les Sables d’Olonne, which started last Sunday has proven particularly engaging, with very different weather choices and conditions and now the neutralization of the raceto the east of Iceland which was announced Friday morning. Charlie Dalin was the first to cross the virtual line ahead of Jérémie Beyou and Thomas Ruyant. Tip & Shaft looks back on these first five days, with three Imoca skippers, Clarisse Crémer, Kevin Escoffier and Yoann Richomme, as well as the president of the Imoca class, Antoine Mermod.

Leaving on Sunday June 12 at 1700hrs the 25 Imoca entered began with a straight drag racetowards the west which impressed our experts: “The first three to four were making speeds which would be the equivalent of between 600 and 700 miles in 24 hours. It finally dropped off but Charlie approached 500 miles in 24 hours but that included 10 hours of calm. That is crazy! I think the records will fall the day the weather lines up well [the 24-hour solo record is 537 miles, by Alex Thomson, Ed],” notes IMOCA’s Antoine Mermod. “It’s the first time in a single-handed race that we’ve seen the boats maintain average speeds of around 30 knots, it was quite impressive, it’s proof that the skippers are getting better at mastering the foilers,” adds Kevin Escoffier.

Very quickly, two options then emerged: the fastest went due west, the daggerboard boats opted for a more direct easterly route, the challenge being to negotiate a first high-pressure ridge which blocked the route to Ireland. “For the foilers they had to shift very far to the west to go where the ridge was the narrowest, then cross it as quickly as possible and to keep some wind before the next ridge which swallowed the fleet”, analyzes Yoann Richomme. Eventually, this scenario played out as planned, but only for the top three, Apivia, Charal, and LinkedOut, who managed to advance fast enough not to get stuck in the second ridge.”

“The others were trapped, they didn’t see that if they got there late, they were going to find themselves in a much worse situation, namely having sailed a long way and being caught by the second ridge.” continues Richomme, the future skipper of the Imoca Paprec-Arkéa. “It’s not easy to bet so much on a ridge, because we know that the files have trouble reading light areas well,” says Clarisse Crémer. “Some got caught behind the first ridge in wind bubbles that were poorly modeled. Conversely, those who had gone to the northeast not only crossed better than many expected them to, but of course sailed much less distance which gave them a very favorable position afterwards.“

This is particularly the case for Benjamin Ferré (Monnoyeur-Duo for a job) and Guirec Soudée(Freelance.com), fourth and fifth this Friday afternoon, they who are only competing in the second Imoca race of their lives! A suprise ? “Yes, we were entitled not to have expected them to be up there.”  replies Yoann Richomme. “That is especially Guirec who has no real history in competitive sailing, unlike Benjamin,  whose Mini I had followed [3rd in 2019 in series, Ed]. The scenario was favorable to them because they had no pressure but they knew how to make the right route choices. »

“Benjamin was not influenced by the others, he went where it seemed best to him, and he has one of the best boats in the light which just keeps rolling on almost all the time”, notes Clarisse Crémer, who knows the boat Monnoyeur-Duo for a job well as it is none other than her former Banque Populaire X. And Antoine Mermod is not that surprised either: “It was really on the Bermudes 1000 Race that Benjamin and Guirec initially surprised me, they had made a great race first time out. There we saw that they are clean in the transitions, they don’t make too many mistakes and did well analysing  on the weather.”

And Louis Duc to the far east? “He is doing the big trick, he is still in the game, because Benjamin, Guirec and Louis (Burton), who are at the same level as him in latitude, will have to cross a soft zone,”  analyzes Kevin Escoffier. “ Now I think once he took that option of going east he really had no choice but to keep going because he had a big windless area to cross back over if he wanted to. So the route he follows now today is the consequence of his option to the west of Ireland.”

No surprise in any case for the leading trio, arrived in Iceland this morning, with a new domination of Charlie Dalin. Is Dalin really a cut above?  “For me, it’s the trio that is, not just Charlie, there’s only a four-hour gap at the gate after four days of sailing in varied conditions”, replies Antoine Mermod. “On the first leg of speed, Charlie was not dominant, Charal made a very good performance, however, as soon as it gets complicated and the wind dies down Charlie extends”, adds Yoann Richomme.

Which gives some keys to this domination: “Already, Charlie has the great level of a Figaro sailor, which helps him in these transition phases, he also surely has the most versatile boat with foils that drag less than those of Charal and a sail plan that allows it to do better in transitions than LinkedOut which has smaller sails.“ Does its foils, larger than the new ones of its competitors, benefit it, as some people think? “It helps when the wind comes in: at 12 knots of wind, it starts to get a real boost,” continues Yoann Richomme, while Kevin Escoffier puts it into perspective: “It can make a difference at particular speeds, but there is much more to it: Charlie sails very well and he knows his boat very well and it super versatile.”

These three sailors are now cleared for a long wait to leeward of Iceland, the Arctic Vendée having been neutralized this Friday morning by the race management due to a violent depression, which incidentally affected the back on Friday of the fleet. Is it a wise decision or is it too cautious? “We are always very careful, but the problem is linked to the responsibility of the race directors, that will never change, they don’t have much choice”, replies Yoann Richomme. “It can sometimes come as a surprise because our boats are built to go around the world solo and are therefore supposed to be able to go everywhere,” adds Kevin Escoffier, well placed to know that this is not always the case. “But there, even if this race is very interesting and well organized, there is the proximity to the Route du Rhum at the end of the year, that may have played a part in the decision.”

Antoine Mermod believes that the race management made the right choice: “We are still at the start of the season racing in places that we don’t know too well, we can clearly see that between what we see on the files and what the skippers say, there are big differences. They are getting it tough, really hard Gusts of 50-60 knots, a guy like Fabrice Amedeo did not see on his Vendée. I don’t know how they’re going to get through the gate  because it ends upwind of them.” Clarisse Crémer says that even before the start, Nicolas Lunven (who replaced her in this race) “had considered taking shelter, because he wanted to take care of the boat”, may have a solution for the future “Even though it would reduce the game, maybe there should be more gates so there are more course change options.”