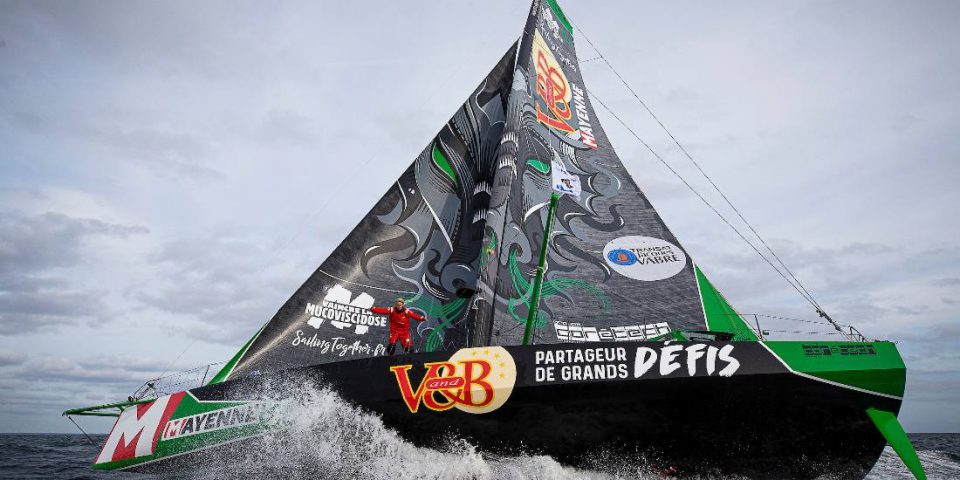 At a little less than three years before the start of the Vendée Globe 2024, the number of boats available for sale or charter reduces from week to week. Tip & Shaft took time to investigate what good Imocas are still available.

A year after the finish of the Vendée Globe 2020, the next edition which is set to start on November 10, 2024, is shaping up to be a race at full capacity. The SAEM Vendée, organizer of the round the world race has already expanded the maximum entry to 40. A big number of projects are already well under way whilst others are still being developed. But the essential question, of ‘what boat?’ arises. It is clear that the number of available Imocas is minimal, indeed they are increasingly rare. The 60 footers of the 2004 generation are no longer eligible – which notably eliminates the boats that Pip Hare, Didac Costa and Alexia Barrier raced in 2020.

Of the 13 known new boats only the third to be built by Black Pepper to Sam Manuard’s design (set to be launched in January 2023), does not yet have a skipper. “I do not yet know if I will keep it as the the owner and charter it or I whether I will sell it,” Michel de Franssu the owner of the yard tells Tip & Shaft. “To date, 4-5 skippers have expressed their interest and some are more and some less advanced in securing their budget.” The price quoted? “5 million euros, ready to sail”.

Of the 8 2020 build generation Imocas, Corum L’Epargne (Nicolas Troussel) and DMG Mori (Kojiro Shiraishi) are both still the hands of the same skippers. 4 are (or will be) sailed by new skippers: Louis Burton has the former L’Occitaine, Apivia will be sold after the Route du Rhum to Banque Populaire for Clarisse Crémer, the former Hugo Boss of Alex Thomson is now being sailed by Alan Roura, Sébastien Simon announced he had bought Arkéa Paprec, he is looking for new partners.

Meantime Charal 1 is not for sale at the moment. “The boat’s owner [Mathieu Bigard, director of the company of the same name to which the Charal brand belongs] has not yet decided,” Jérémie Beyou tells Tip & Shaft. “For now it is certain is that we keep it until Charal 2 is launched (in June) and the new boat made reliable, which may take a little while.” As for LinkedOut, as Alexandre Fayeulle, the boss of Advens, explained to Ouest-France after the Transat Jacques Vabre, it will be chartered from 2023 to another skipper. Would they be required to be coming with a partner? “We have not yet decided on the exact scenario, but we are moving forward with a skipper.” CommentsThomas Gaveriaux, general manager of TR Racing.

In fact now none of the last generation of boats, the first 2015-2016 foilers, are available: Fabrice Amedeo and Giancarlo Pedote have kept their VPLP-Verdier designs, the others have all changed skippers such as Romain Attanasio (ex Malizia), Benjamin Dutreux (ex 11th Hour-Alaka’i), Damien Seguin (ex Maître CoQ), Pip Hare (ex Bureau Vallée) and Denis Van Weynbergh (ex Spirit of Hungary). There are also changes of skipper for two boats of the Vendée Globe 2012 generation, the former Banque Populaire is now in the hands of Benjamin Ferré, and the former Initiatives Cœur, has been acquired by Arnaud Boissières. As for the former Acciona, the Owen Clarke design from 2011 which became Offshore Team Germany, it will go on sale after The Ocean Race, confirms Jens Kuphal, team manager of the German group.

Most numerous are the Imocas launched between 2005 and 2007 which are the subject of an intense transfer window. Since the last Vendée Globe, only three have not been put on sale: Groupe Setin and MACSF are staying with Manu Cousin and Isabelle Joschke for the next edition, and Yes We Cam !, that Jean Le Cam will charter to Violette Dorange if she finds partners. Two 60-footers had already found buyers before the last Vendée Globe: the ex Fortil to Louis Duc and the former Spirit of Canada to Antoine Cornic.

In 2021, the adventurer Guirec Soudée became the new owner of the former Omia-Water Family of Benjamin Dutreux, the Guadeloupean Rodolphe Sepho took over the the former La Mie Câline-Artipole from Arnaud Boissières after the Transat Jacques Vabre and Tanguy Le Turquais announced the acquisition of the Apicil Group from Damien Seguin. Swiss Beat Fankhauser has also bought the former Romain Attanasio’s boat, and although he couldn’t take the start of the last Transat Jacques Vabre for medical reasons, he wants to keep The Mountain Man: “I will not sell the boat, I have invested a lot of money to get the boat fit again and we will start training on the Atlantic again in February. This year I want to start as many races as possible for me and my team. My goal is still the Vendee Globe 2024/25.”

Other recently concluded transactions include Ari Huusela selling Stark to Szalbocs Weroës who aims to become the second Hungarian to complete the Vendée Globe after Nandor Fa. The price? 600,000 euros, confirms the new owner who is currently based in Les Sables d’Olonne and who intends to be sailing from March. As for La Fabrique, which was priced at 1.1 million euros, it has been bought by Jingkun Xu, who aspires to be the first Chinese (and the second sailor with a disability), to compete in the race around the world. China Dream is the new name of the boat (see the video).

Only 5 boats are for sale

The 2008 generation boats available are very rare: Erik Nigon is selling the one with which Clément Giraud completed the last Vendée Globe (asking 600,000 euros); Campagne de France is available for 400,000 euros, Halvard Mabire told us during the Transatlantic Race, before adding: “Otherwise, Miranda (Merron, his partner) is continuing to look for money for another Vendée Globe and if she finds before the boat is sold, she will keep it.” Merci is still eligible (launched in 2005), and Sébastien Destremau is bringing the boat back from Australia with his 18 year old daughter. The boat is for sale (450,000 euros), just like the old Artemis, a Simon Rogers design launches in 2008 (published to be 10.9 tonnes!).

What about V and B-Mayenne, with which Maxime Sorel took 10th place in the Vendée Globe 2020 and announced at 895,000 euros? “It is under provisional offer until January 21,” responds Philippe Laot, technical director of Sorel’s team. Fnally Time For Oceans, officially for sale after the Vendée Arctic which Stéphane Le Diraison will sail. “We’re in a bit in the middle.” explains Solène Loyau, team director. “We are discussing with our partners and other prospects to get involved for the next Vendée Globe with a high-performance boat, so we cannot rule out any scenario. We expect to be sorted by the end of March.”

Like others who Tip & Shaft interviewed Loyau is concerned by the fact that the Route du Rhum is limited to 25 Imocas. The event is a qualifying event for the Vendée Globe but also valuable in the race for miles which will be one of the criteria to decide between candidates for the Vendée Globe if there are over 40 registrations. This is a subject that the Imoca class takes seriously. According to Imoca president Antoine Mermod: “For the moment, we are trying to find out how many Imoca there might be interested, we would imagine around 30-35. Our position is that everyone should be able to participate, so we are talking to OC Sport [the organizer of the Route du Rhum, editor’s note] to find the best possible solution.”

And so in conclusion based on our count, the opportunities to acquire an Imoca are very rare indeed. But as usual some owners may have to part company with their boat in the coming months if they cannot find partners.