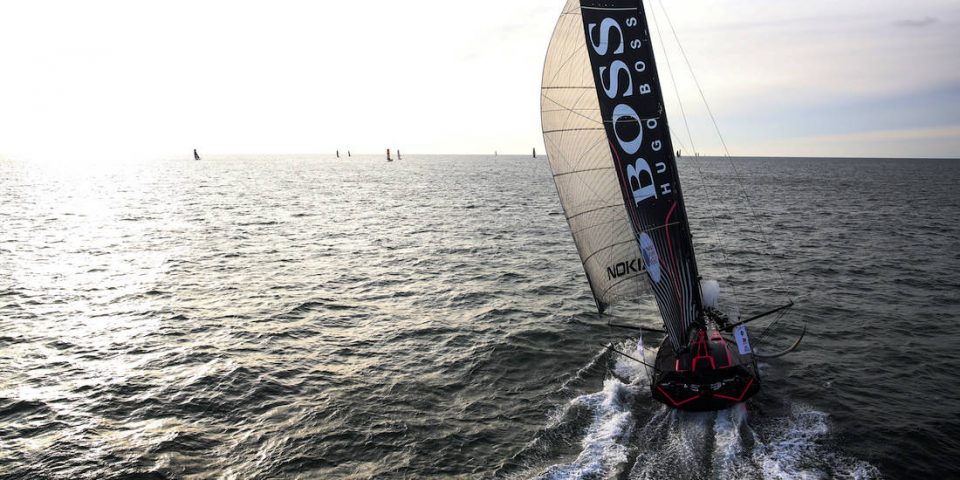 Vendée Globe: first substitute… To have a replacement skipper or not?

The Vendée Globe Notice of Race gives entrants the opportunity of substituting themselves with a replacement skipper should something happen which means they cannot take the start (that replacement has to be appointed before October 1). Of course this is a scenario which becomes all the more relevant, a choice closely considered by some teams while Covid-19 remains a threat. Tip & Shaft lit up our phones to ask all teams whether or not they are employing this option.

It is Amendment 4 to the Notice of Race which specifies all the administrative and medical registration formalities for the replacement skipper, who must also submit his or her sailing CV, and these criteria inform the race director whether to validate the substitute chosen or not. An actual qualification passage by the sub-skipper is no longer required, as race director Jacques Caraës confirms: “There are no longer the 2,000 compulsory miles as in the past, because the substitutes never found the time to do them .”

But equally in the Race’s Covid appendix, which will soon be presented to the skippers, it is specified that the replacements will have to undergo the same tests as the skippers and also be subject to the same five-day confinement the week before the start. Which, of course, for some has consequences.

OF THE 33 ENTRANTS 14 SKIPPERS ARE WITHOUT SUBSTITUTES
Of the 33 skippers or teams that Tip & Shaft interviewed, 14 told us that they were not presenting a replacement option: Fabrice Amedeo, Romain Attanasio, Alexia Barrier, Arnaud Boissières, Didac Costa, Manu Cousin, Pip Hare, Ari Huusela, Stéphane Le Diraison , Thomas Ruyant, Damien Seguin, Kojiro Shiraishi, Sébastien Simon and Maxime Sorel. The reason most often given is the close direct relationship, history with and the closeness of the sailor to his partners.

“The connection Kojiro has with the CEO and all the of DMG Mori collaborator is very strong and will not be substituted by another skipper. Also the skipper must speak Japanese to be able to communicate to all the Japanese followers. ”, explains Kojiro Shiraishi’s press manager, Shota Kanda. On his side, Manu Cousin talks of “A long-standing choice made with Eric Sétin, the director of the Sétin group, it is a human story between him and me”.

The same goes for both Maxime Sorel and also for Damien Seguin: “I asked Apicil directly and they answered me that if I did not leave, they did not see the point in the boat going.” And Alexia Barrier explains: “I haven’t had any requests from my partners who are directly attached to me. And anyway the person I would have wanted, Joan Mulloy, is having a baby soon.”

Others put forward reasons which centred around risk, such as Fabrice Amedeo: “I thought for a moment about Eric Péron, but, since I am the actual owner of my boat, I prefer if I have a problem close to the start, that my boat does not go without me and so, yes, I possibly take the consequences with regard my partners, but that is preferable in terms of risk rather than letting the boat go with someone who might potentially not bring it back to me.” That is also the case for Stéphane Le Diraison, also the owner of his Imoca: “Imagine what happens my replacement skipper if what I experienced in 2016 (dismasting) happens again. That is the equivalent to a net loss of 400,000 euros, and so I can’t see myself dealing with such debt generated by another skipper. I’m willing to take the risk on my own behalf, but I can’t imagine anybody else could leave it on me.”

As for Romain Attanasio, he changed his mind because of the obligation imposed on the replacement skippers to also confine themselves for five days: “I had picked Seb Marsset (who is on his prep team), but I need him on the boat during my own confinement. I don’t have the budget to bring in an extra person, so I decided to do without.”

It seems most of these skippers who have chosen not to offer a replacement are mostly on medium or modest budget projects. But also there are some entrants who you would consider with podium potential such as Thomas Ruyant and Sébastien Simon, who has also made this ‘no-sub’ choice, even if it means the risk of seeing their new boat stay at the dock. Marcus Hutchinson, Ruyant’s team manager says, “The project was built around Thomas and it is so unlikely that he could not leave that we have not considered it. But if he were to break his leg tomorrow, we would try to find a solution.” Simon explains: “This is a decision that we have made with my partners, it is a nice proof of their confidence, they make it clear to me that they are accompanying me and not each other.”  The Covid risk? “I will act responsibly so as not to catch it, I am well aware of the high stakes,” replies the skipper from Les Sables d’Olonne.

JOSSE, LUNVEN, MANUARD, MEILHAT, PRATT, JOURDAIN, LE ROUX, CAPE…
SUBSTITUTES OF THE BIG TEAMS
If there will be no substitute on LinkedOut and Arkéa Paprec, as you might expect most of the big teams have chosen to have one, given the sums invested. “From the start, we knew it was a box to check, we have to show our responsibility,” believes Greg Evrard, team manager of Corum (Nicolas Troussel). “We happen to be lucky within our team to have Sébastien Josse, who has taken three Vendée Globe starts and our choice naturally is him. ”

PRB’s Kevin Escoffier is on the same page: “The Vendée Globe is every four years for the skippers, but also for the sponsors, so we have to plan for all eventualities. For us, even if there still are two or three remaining things to finalize, it’s Nicolas Lunven. We did the Jacques Vabre together, so he is the obvious one to me.” And Armel Tripon explains: “There was a request from our partner L’Occitane who specified that not being at the start would be quite detrimental to the sponsor. So we have a replacement skipper, Sam Manuard, the designer of the boat.”

In Sam Davies’ corner at Initiatives Cœur no extended chat on the subject was needed. “It was quite quickly decided, it’s Paul Meilhat. Our project is ambitious, it also has a dimension other than just purely the sporting dimension, and that alone justifies making sure the boat goes to sea at all costs”, explains team manager David Sineau. At the Alex Thomson Racing Team, they have Australian Andrew Cape standing by with his sea boots ready if required for Hugo Boss, Cape has seven Volvo Ocean Races round the world under his belt as navigator. He and Thomson took second place on the 2008 Barcelona World Race with Cape as co-skipper. He is their in-house meteo expert

Jérémie Beyou’s team did not want to communicate on the subject, choosing to offer some kind of scoop on their announcement, but there is little doubt that Christopher Pratt, who sailed with the skipper of Charal on the 2019 Transat Jacques Vabre will be the replacement for Beyou, winner of the Vendée-Arctic solo race. At Apivia we were told that “the subject is not yet decided”. But our information suggests, Charlie Dalin will have a replacement and it will undoubtedly be Yann Eliès, with whom he won last year’s Transat Jacques Vabre, that is unless he is finally announced for the crew of the Maxi Edmond de Rothschild for the Jules-Verne.

The other skippers we caught up with who have replacements are Yannick Bestaven (who chose Roland Jourdain), Miranda Merron (her life partner and team manager Halvard Mabire), Clément Giraud (has the owner of his boat Erik Nigon).  Louis Burton explains: “We have never looked so thoroughly as we did this year for the simple reason: Covid. We chose Davy Beaudart, a good sailor, in whom I have every confidence, he already knows my partners and the boat.”

Finally, the Banque Populaire team has set its sights on Erwan Le Roux to replace Clarisse Crémer, if necessary: ​​”We really appreciated the collaboration with him for the Transat AG2R with Armel (Le Cléac’h) which of course did not take place. Erwan has been doing all the sailing with Clarisse since the boat was relaunched, he’s a talented person with a good head on him”, comments the team director, Ronan Lucas.

SOME HAVE NOT YET CHOSEN
Boris Herrmann did not wish to answer the question – “We have plans, but it remains an internal matter” -, same for Alain Gautier, team manager of MACSF (Isabelle Joschke). So several skippers have not yet decided the identity of their possible replacement. Some because they have other fish to fry: “We didn’t ask ourselves that question, we might just get to it,” Jean Le Cam told us. Same thing for Sébastien Destremau – “I didn’t take care of it at all, but my brothers are quite able to replace me if necessary” – and Benjamin Dutreux: “It was not the priority subject, there is nothing definite, but I think we will try to organise something. “

Giancarlo Pedote and Alan Roura are still considering: “The subject is still on the table, we do not know whether we have chosen someone or not, it is a decision that I must take in consultation with the sponsors”, replied the Italian skipper. On the young Swiss racer’s side, his team told us that “nothing is definitively fixed, the health protocol seriously complicates the matter with this compulsory confinement for the replacement.” And if any who are on the fence right now finally decide to take one, sailors who are looking at their options can always call on a replacement from another team which is allowed by the regulations, that is of course provided that the team in question agrees!