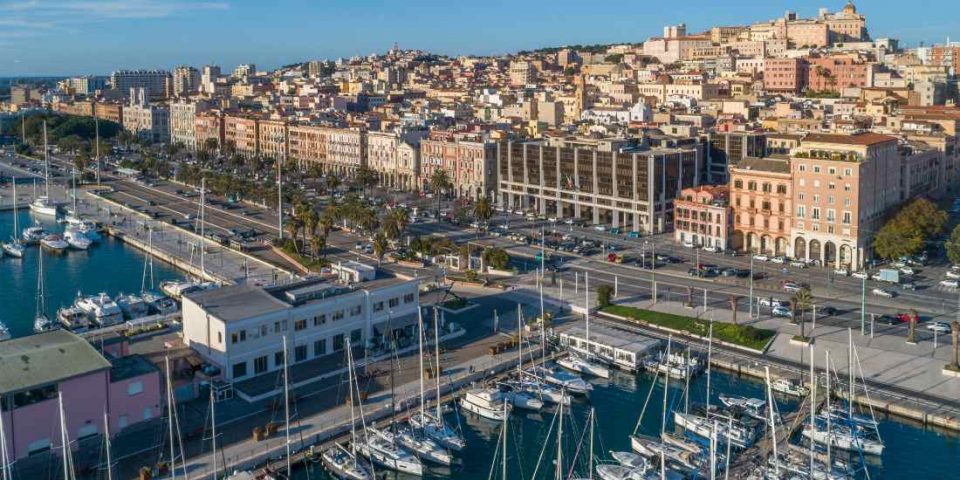 Coronavirus: How Sailing is being hit by the virus

The World Championships of the 470 class (March 16-21), the giant Trofeo Princesa Sofia Olympic regatta (March 27-April 4), the Sailing World Cup Genoa (11-19 April), the 44Cup Portoroz (22-26 April), the GC32 Racing Tour in Oman (25-29 March), the ACWS Cagliari (22-26 April), these events are all either cancelled or postponed. In France the list of events to be rescheduled include Easter’s Spi Ouest France, the Massila Cup, the SNIM, the Solo Maitre CoQ The coronavirus outbreak is affecting the whole of the competitive sailing world. Tip & Shaft takes a view.

It seems like every day since last Monday news has dropped that another major sports event has been cancelled. It is logical that sailing’s biggest as well as regional regattas would follow. The biggest Olympic classes regatta in terms of sheer size to fall has been Mallorca’s Trofeo Princesa Sofia where already more than 250 international crews were training from Arenal and 150 out of C’an Pastilla. And on the same waters the 470 worlds were due to start on Monday next week.

Cancellations in Mallorca as well as the Genoa World Cup event will throw the final nation Olympic qualification as well as Olympic national team selections into considerable disarray. For many nations Genoa was the last chance to secure nation qualification. Others following objective rather than subjective selection procedures based on Genoa, Palma and/or can be problematic. And the Olympic Games possible postponement is now openly mentioned? “It is so serious and unusual that decision making is impossible to take today, I think the organizers gather as much information as possible,” comments Nicolas Hénard, the president of the FFVoile.

For other nations such as GBR which has already completed all their selections the cancellations make less of an impact. A spokesman for the British Sailing Team said: “It is a shame that great events like the 470 World Championships and the Princess Sofia Trophy won’t be going ahead as planned but we completely respect and support the tough decisions that have been made to protect sailors and limit the global spread of coronavirus. The British Sailing Team management and support staff are working hard to minimise disruption to our athletes’ training and competition, especially those chosen to represent Team GB at Tokyo 2020 this summer. However the situation in the UK and abroad is changing daily and we will continue respond and adapt to advice from leading bodies like the British Olympic Association, the UK Government and the World Health Organisation as and when it is issued.”

The absolutely inevitable cancellation or postponement of the Cagliari ACWS event highlights another rift between the Defenders and the COR. Only after Emirates Team New Zealand forced the hand of the COR by yesterday issuing a statement saying: “It is quite obvious that the ACWS Cagliari event cannot go ahead. The teams are collectively entering discussions on a solution to create an equitable outcome for everyone around the loss and/or availability of sailing time due to the change of circumstance as a result of the global COVID-19/Coronavirus situation.”

The Challengers then finally responded this Friday afternoon announcing their call for a ‘postponement’ of the Cagliari event….“Due to “force majeure” – following the declaration of the Pandemic CoViD19 by the World Health Organization (WHO) and the restrictions imposed by the different  governments – COR 36 has declared the impossibility of organizing the ACWS Sardinia – Cagliari (23-26 April) event on the scheduled date. COR 36 also submitted a proposal to the Defender to postpone the event to a new date.”  They add, ” The Defender published a press release in which it announced the cancellation of the ACWS Sardinia – Cagliari without mentioning COR’s proposal of a new date for the event, and refused COR’s proposal without even discussing it. COR 36 will submit to the Arbitration Panel the postponement of the ACWS Sardinia – Cagliari to a new date.”

In advance of this the majority of the INEOS Team UK sailors and staff reportedly left Cagilari on Thursday leaving only personnel required to pack up the base.

In France, OC Sport Pen Duick, the organisers of the Transat AG2R La Mondiale (which starts on 19th April) and The Transat CIC (which starts on 10th May), are clearly working hard. Contacted at one on Friday afternoon, their Managing Director, Hervé Favre, told us: “We have been organising crisis meetings every morning since the beginning of the week, seeing the situation is constantly changing. While speaking to you, I just saw the latest decision from Edouard Philippe (the French Prime Minister) to forbid gatherings of more than 100 people in France, that obviously poses a problem for us. Of course, we would like our events to go ahead, but we are looking at all sorts of possible scenarios with our partners, towns, classes and racers…”

Would it be possible to start the races without having a Village or events? “Technically, if the Federation does not prohibit, it would be possible, but in terms of the ethics, would it be fitting to start a race, when everyone else is locked away at home and having to cope with a tricky situation?” OC Sport Pen Duick is set to announce their decisions shortly: “For the Transat AG2R La Mondiale, we expect to make an announcement in the middle of next week and for The Transat CIC before the end of March.”

One thing is certain: everyone in this sector will be impacted by these postponements and cancellations, the economic challenge is substantial regardless of the size of the event, highlighted by Philippe Joubin, who had to postpone the Spi Ouest-France to the end of September: “I don’t know the cost to us today or how much it might cost us but it will have consequences including for example that we had a comms plan in place for Easter weekend … “