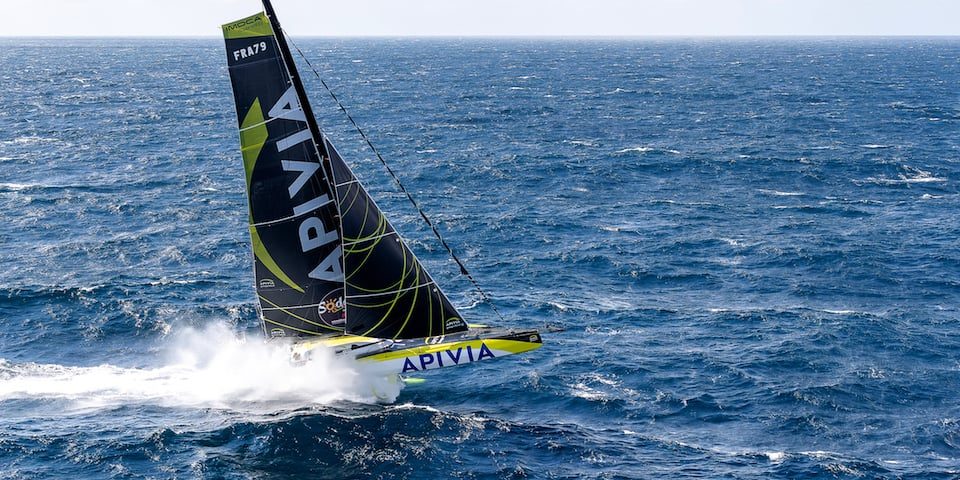 Guillaume Verdier: “On the Vendée Globe, we cannot say that foils are not useful”

Competing on the Vendée Globe with several boats at sea, including the current two leaders, the America’s Cup with Emirates Team New Zealand, of which he is part of the design team, The Ocean Race with the new Imoca for 11th Hour Racing and a Class40 with a new Pogo built at Structures, clearly Guillaume Verdier’s collective is busy at the moment. Speaking from Auckland, home to the America’s Cup World Series from December 17 to 20 the designer took time to answer questions from Tip & Shaft.

The two boats that your group designed for the Vendée Globe 2020, Apivia and LinkedOut are in the lead right now we can imagine that is quite satisfying?
Yes, it’s for sure more satisfying to have your boats in the lead than behind. But it’s a super complex race, with so many risks that you have to remain cautious. Overall, they are slower than previous editions and that is not related to the boats but to conditions which have been particularly complicated this year. According to our forecaster at Team New Zealand, there is a seasonal weather lag of almost three weeks, summer in the big south is just settling in so they have got there a bit too early. This is why we see these constant fronts and these erratic areas, the more stable flow is in now setting up for the boats at the back and they will likely benefit from it.

In terms of performance we expected more from the new foilers and right now it seems differences are not so important in comparisons to the previous generations of foilers nor indeed the daggerboard boats. How do you explain that?
Well before the arrival of the foils, the progression deltas every four years was on the order of 0.05 knots now they are of the order of 2-2.5 knots, so the difference is significant. But foils cannot be used all the time, we can see that there are very difficult conditions in which they do not serve a purpose. And there was a rather special weather pattern the boats were all slowed badly in the Saint Helena high and then this particular weather in the South. So we can’t say that the foils are useless: the new boats are still mostly out in front, they have a turbo which allows them to gain big speeds upwind and reaching.  And it will still progress a lot more, this is still a design turning point that will go on for ten years.

Thomas Ruyant broke his port foil, can you tell us how you spoke to him and his team to develop the best solution?
These exchanges are very factual, not emotional, we ask them what is damaged and then they send us pictures to determine, based on what’s on board, what is fixable. There, it was found that the fibres were not broken and that the foil surface was damaged so we have to make some calculations to determine the strength of the two half-thicknesses. That’s why he was asked to cut his foil. The aim was to reduce the forces, to prevent the foil from breaking between the foil bearings which could lead to water leaks. Sam Davies’ damage was different, with cracked bulkheads on the keel well; in in this case, we try to develop a vision of the structural integrity of the whole boat and the level of risk in relation to its condition. We quickly saw that it was too dangerous to continue.

Do you think Thomas Ruyant is very compromised?
Even if we can’t see it he can still use half of the potential of his foil. It is mostly for reaching and upwind that the foil allows for a big benefit. Downwind, that depends on how you use it, but overall he is not so very penalized.

Let’s talk about what happened to PRB, a boat you designed in collaboration with VPLP, how do you analyze this unprecedented case?
Obviously I was I was surprised. But in retrospect we have to put it in context. The boat was designed in 2009 as a sistership to Safran (now MACSF), which we no longer monitored and which also has a long history of damages. The architects [Juan Kouyoumdjian’s firm, although it did take part in the installation of the foils, “designed the geometry”, but was not involved “either in the design, or in the calculations, or in the monitoring of the hull structures”, as he told us, Editor’s note] added foils and I have no idea what reinforcements were made at that time. It’s not for lack of asking as I asked for plans and calculation reports, which I only got the day after the breakage. For me, that is not good that there is not A to Z tracking of a boat. But in the end we cannot impose that if skipper decides to work with someone else.

What other lessons can be learnt?
I think that boats setting off on such a dangerous race around the world should be tested to see whether they are resistant enough and that they will not break up at sea. That is what we do for example in the America’s Cup, but also with mechanical objects such as airplanes, because lives can be at stake. You have to understand that at the moment she folded up, she was already broken, as this sort of thing is usually the consequence of a gradual series of breakages.

Let’s talk about the Cup: the first training races took place on Wednesday. Have you any clues yet about the performance of each boat?
Everyone is pleased to be out there racing against each other, which was not possible until now, but as for what we have learned I can’t really say. What is certain is that everyone progresses fast. And the lessons learned from previous Cups, it is necessary to avoid being too confident, we lost the America’s Cup like that in San Francisco, we haven’t forgotten.

You told us a year ago that the AC75s were the most complex boats you have worked on what are the key performance producing elements?
The problem with these boats is that the rule says we have to have stability when they are stationary, so they need sufficient flotation. If there was no rule we would surely have a hull like that of a trimaran, but which would be absolutely unstable. So we work this compromise, everyone tried to find the best solution to develop an aerodynamic object that is at the same time easy to take off, goes smoothly in the air and which has the least possible drag when submerged. Finally, there is the ease of manoeuvring which is a key aspect and that has to do with the organization in the cockpit. We see quite different things, especially at Luna Rossa where two people share the helm, while in others, the helm passes from one side to the other.

According to you, are the AC75s a “one shot” or will we see them sail again after this 36th edition?
It would be a bit of a waste to start from scratch all over again but they will be used several times, but it could be good especially as there is a way to make progress if we had more freedom especially on rigs and foils.

Let’s finish with your studio’s other projects: where are you on the future Imoca of The Ocean Race?
We have two Imoca projects underway: first the two boats of 11th Hour Racing, the old Hugo Boss on which we put new foils, and the new one, currently under construction at MerConcept. As an aside, I would like to finish Switchback, which is on hold because the partner withdrew [the project was led by New Zealander Daryl Wislang who lost his partner at the beginning of the year, Editor’s note]. The boat is for sale and hopefully there will be a taker, because it is the most successful design work we have ever done in that kind of boat. As for 11th Hour Racing, the design budgets have been higher than usual, which allowed us to work more on detail, to spend more time thinking, making the simulations, with particular attention to aero and ergonomics. Even solo, it would still be one of the boats I prefer. It is a frustration to have stopped at nine tenths of the plans made. We are also working a lot at the moment for Gitana while thinking on new parts: foils, mechanical systems, rudders …

You also have the new Pogo40 under construction at the Structures yard, what specifications have you defined for this boat?
There is no point in doing the same as what has been done before and so we have tried to take a big step forward, which required a lot of understanding of the performance parameters. I think we really have covered the subject well, we spent a lot of hours doing this, probably quite disproportionately so for this kind of project, one which is quite modest financially. So we hope it goes well!