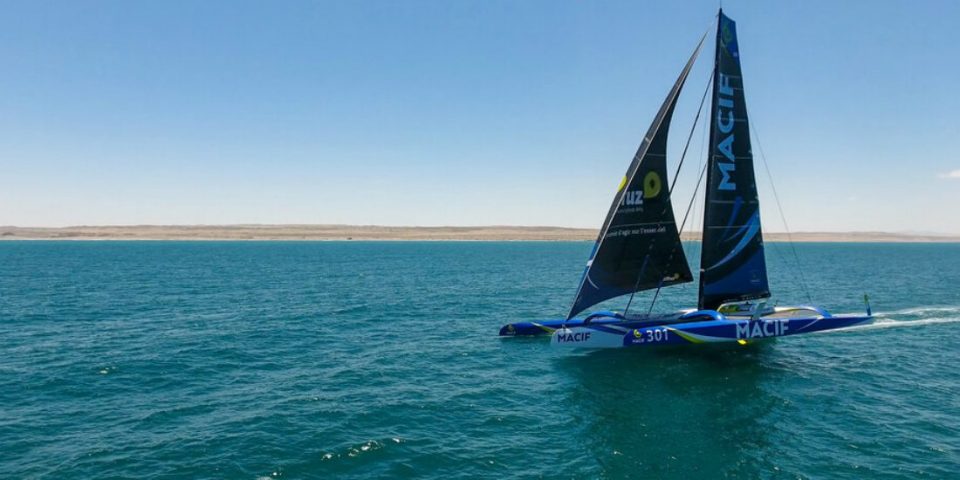 How the different classes are trying to adapt their program, part 1

After almost a month of lockdown, the different ocean racing divisions are spending a lot of time working with race organizers on the possible reprogramming of their 2020 or even their 2021 calendar, while at the same time trying to reassure their members, affected to varying degrees by this new turbulent economic crisis. After Tip & Shaft spoke to IMOCA’s Antoine Mermod last week, this week we go round the houses, speaking to other key classes.

Ultim: Aim for an event in July

With only the one race on its official calendar for 2020, The Transat CIC, the Ultim 32/23 could be said not to be too impacted but the objective is to not have a blank season, particularly for those who won’t go on the record trail at the end of the year. So their main aim is in line with OC Sport Pen Duick at its desire to set up some kind of replacement for The Transat CIC.

“Our position is very clear in that the class and each of the teams have responded looking to have an event during the month of July 2020, even if the event is degraded. We know full well that we will not be able to have a event of the same magnitude as that which was planned to start May 10, that is a certainty. Our boats need to sail. If we end up with nothing in this first quarter and not much on the second then the Vendée Globe takes over, then it is a blank year, which would be a mistake “, explains Emmanuel Bachellerie, Director of the Ultim 32/23 class.

“At the moment, we don’t have plan B, our energy is fully focused on a multi-class event. Our belief is that as many boats should sail as much as possible in the fleet, because with more boats the more interesting the event is from a sports point of view and that should mean a higher profile event overall. I know others maybe don’t see it the same way (including IMOCA, see last week’s interview with Antoine Mermod) but I think right now we have to look at what is best for everyone rather than our own self interest. We are all in sailing together and this is important for the general future of our sport.”

Might the 2021 program, which should include The Arch race, a European tour in the spring, and a crewed round-the-world race from the Mediterranean (probably Nice) at the end of the year, be affected?
“Yes, from a mechanically point of view. If you’re four to six weeks late by the end of 2020, you well feel it in 2021, so we can imagine that the boats in build now [Macif 101 and Banque Populaire XI] will end up being delayed and how much exactly remains to be seen. With the organizer of The Arch, we’re working on the possible scenarios that might happen in 2021 based on what we know today, but that really is not much. The ambition is in any case that this tour of Europe (The Arch) is run in the first part of the year and it would be done at exactly the same time As for the round the world race, it’s too far in the distance to consider removing it from the calendar.”

Multi50:  Grands Prix are the priority

As for the Multi50 class, which meets once a week  by videoconference, “we also work on plans A, B and C” according to class president, Erwan Le Roux. The Transat CIC was not on the program, the Transat Québec Saint-Malo (start scheduled for July 12) is a maybe, but the main thing is the summer of Grands Prix which include Saint-Malo (very compromised), Saint-Quay-Portrieux, Brest and La Rochelle. The programme will depend in part on the Transat Québec Saint-Malo whose organizers are currently working on a postponement of a few weeks.

“The situation forces us to consider several scenarios and we are currently working on a delay into August. We will take a final decision by the end of April “, its Director General Richard Samson says. For Erwan Le Roux, the dates they choose will determine if the Multi50 class take part or not: “For the moment, there are two dates possible, August 2 and 9. If it’s the 2nd, I think some will want to do it, if it’s 9, we won’t go, because it’s too close the Saint-Quay-Portrieux Trophy [August 21-23]. The Grands Prix are our priority. These are organisations we have already committed to, they bring the Multi50 class to life benefiting communities and the private partners who finance these events and who we rely on.  Especially since these races can be run ‘behind closed doors’. So we will wait, and if there is no Transat then we will think about other races which might take place like the ArMen Race at the end of May, the Drheam Cup in July … if they take place. ”

Is the economic crisis a threat to the class in the medium term? “It’s a brake for sure, holding us back, but I put things into perspective by telling myself that where we have come from, we can only do better than our post Rhum year. Next year, the new boats will be built [Arkema 4 at Lalou Multi and Planet Warriors at Persico which were to be launched this spring, Ed], I don’t know if we will manage to have big events, but the boats will be there and and remain good tools for partners. Even if we do not race we will at least make good PR, so we all have to stay positive! ”

Class40: stick as much as possible to the planned programme

Like the Multi50s, the Class40 have made the Transat Québec Saint-Malo one of the highlights of their season, one of four in the championship events along with The Transat CIC, the canceled Atlantic Cup, and September’s Normandy Channel Race in September. “Today we are in discussion with the organizers of The Transat and Québec Saint-Malo to decide on postponement dates.”  explains Vanessa Boulaire, secretary of Class40. We want to stay as close as possible to our initial published calendar even if it is a bit changed for timings. We voted for the postponement of The Transat CIC within this year, firstly because it is important for those who have sponsors, but also because in 2021, many do not don’t know what they’re going to do, and we have, in addition, agreements for 2021 with an already full calendar. And like on the with Quebec Saint-Malo, they are ready to move the race by a few weeks and it all might align. And as for the Normandy Channel Race, it is not not in question today. ”

As for the future of a class in which many are supported by SME businesses which inevitably will be impacted by the crisis, the secretary of the class is pretty confident: “I don’t think it the class in danger right now. We have a part of our fleet made up of owners without sponsors and also because we remain withing reasonable budgets. And we say still that we are one of the only sports which can take place this summer. The fact of not having the Olympics, maybe no football and other sports, it might yet see the focus fall on sailing this summer. And if we can have races then it can be good for offshore racing as whole.”