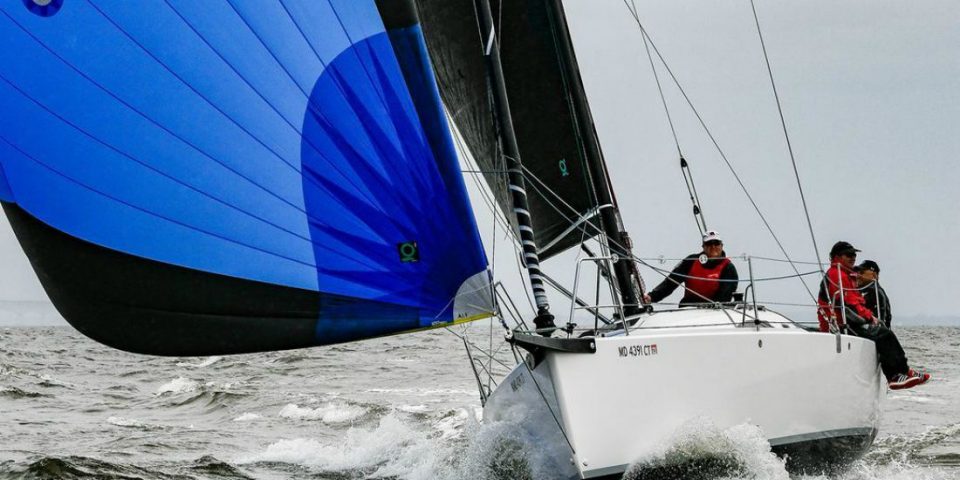 For many fans, the name Quantum is synonymous with the team bearing that name that has been at the top of the 52 Super Series for many seasons. How can anyone resist watching the fantastic starts taken by Ed Baird that can be seen on social networks? There is some excellent footage shot from a drone with sails perfectly set, as the spinnaker comes down at the mark in just five seconds. “It is true that the four TP 52 world titles achieved between 2013 and 2018 did a lot for our reputation,” admitted Romain Bricier, head of sales at Quantum Sails in the Mediterranean, “but we know how to do much more than make Grand Prix sails.”

The US headquartered sailmaker which will be celebrating twenty-five years in the business next year and claims second place in the world behind North Sails, hopes to get back into ocean racing. The green logo with the black background is far from being a mystery to French racers: Figaro sailors will remember Yann Eliès winning the Solitaire du Figaro three times in four years between 2012 and 2015 and his sails that were designed by Gildas Dubois. Quantum spinnakers on the Figaro 2, in particular, certainly left their mark with 230 produced in five seasons.

In Class40 (with a win in the 2013 Transat Jacques Vabre for GDF Suez) and in Multi50 (victory in the 2014 Route du Rhum for FenêtréA-Cardinal), the black sails shone brightly. “Careful attention to design details is a feature of Quantum, as they have their own membrane, which can also be seen in the AC75 on the American Magic challenge,” Adrien de Belloy, one of the sailmaker’s chief designers reminded us.

To achieve this goal of a successful relaunch, Quantum Sails wanted to move to Lorient, where all the sailmakers involved in ocean racing are based – in a period of just a few months, North and then Incidence set up there. An agreement was signed with Sail Solution, the sailmaker founded in 2011 by Antoine Martineau and Yannick Audren, local lads from Lorient: “We have had these facilities since 2018, with a floor area of 500 square metres. We were missing a big, well-known brand to be able to enter the world of ocean racing,” explained Antoine Martineau. “We soon found the possibility of an agreement with Quantum Sails early in the year.”

Gildas Dubois, consultant and designer for the sailmaker, based in Vannes, is still hard at work. He will be developing the future set of sails for the Figaro 3, planned for the 2021 season. He is already working on Seaexplorer –  Yacht Club de Monaco (ex Malizia), Boris Herrmann’s IMOCA: “We have come up with several furling sails without a cable and the results are very positive. The sails are better all-round and more efficient while requiring less tension on the luff, which means less strain and compression on the mast.” Another Imoca project is underway, as well as developments around a flying jib for IRC boats (a flatter code zero) and talks are ongoing with Class40… “This is just the start of the relaunch,” smiled Antoine Martineau.

After AS Yachting in Cap d’Agde, in 2019, the Lorient based sail loft has become the third site for Quantum Sails in France. The network developed in 2016 from Cogolin, when Adrien de Belloy and his wife, Capucine took over after returning from a family trip around the world. The original designer for the brand – he has been designing for Quantum for the whole world for twelve years – Adrien de Belloy has been working on many series in the Mediterranean: the TP52 Vision Future and the JPK 998 Give Me Five, well known in Southern waters, were fully equipped with sails by the American brand, that is also present on the GP42, Swan 42, ILC 30 circuits. “And we must not forget the fashionable membrane sails on cruisers like the Solaris 58 and Tofinou 12,” added Romain Bricier.

The network across France is set to develop: “Quantum’s strategy tends to develop franchise outlets with existing sailmakers and to choose targeted areas where there is a lot of potential, as in Lorient,” explained Antoine Martineau. The aim is to double the number of sites in the next two years.